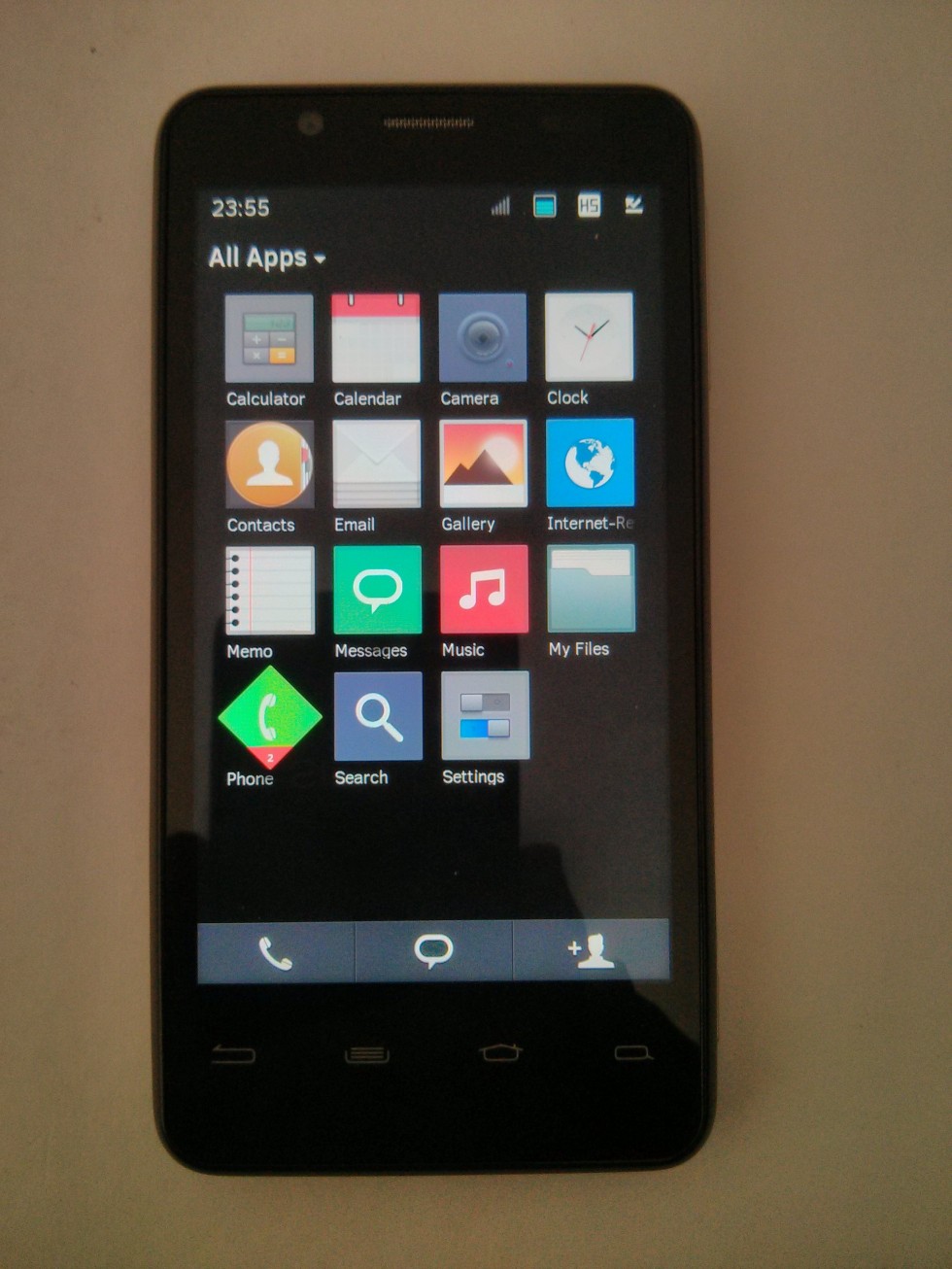 New images have emerged of the smartphone interface being cooked up by Intel. The chip maker reportedly intends to re-jig Tizen and possibly even Android devices with a new theme that’s been given the code name “Obsidian”. According to Ars Technica, the software will be released later this year on an Intel reference device called “Josephine” and comes with a number of new features unseen on previous mobile OS’s.

From the images, we can see that Obsidian appears to be following the popular “flat” look of Microsoft’s Windows 8 and Windows Phone interfaces, but it’ll also feature an original new notification system that involves twisting app icons to differentiate them from others. So, say you receive a new email for example, your mail app icon will rotate by 45-degrees, while a “new message” notification will pop up in the bottom corner of the screen. In addition, there’ll be a small number informing you of how many notifications need reviewing.

Just as with the previous versions of Tizen that we’ve seen so far, there looks to be lots of swiping gestures going on with Obsidian. For example, users can pull up their contacts list by swiping across from the app screen. There’s also the traditional row of softkeys along the bottom of the screen, showing a phone icon, add contacts icon, and an SMS icon.

One useful feature we noticed was the “peek panel”, which apparently allows users to ‘pop-up’ various options like Wi-Fi settings and the phone’s alarm clock, directly from the home screen, doing away with the need to actually enter the settings menu and find them.

For those who haven’t heard of Tizen, it’s basically a new mobile operating system that’s still under development. Although it’s backed by the Linux Foundation, the real driving forces behind its development are said to be Intel and Samsung, with the latter already announcing that it intends to start selling devices running Tizen later this year. Samsung’s interest in Tizen is believed to stem from its dislike of its current over-reliance on Google’s Android OS, which powers basically its entire range of noteworthy smartphones. On the other hand, Intel has struggled to make much of an impact in the mobile arena to date, with just a token number of Android phones sporting its chips.

There hasn’t been any official announcement that Tizen phones will be powered by Intel processors just yet, but with the firm developing its own user interface for the software, it would seem to a foregone conclusion that that’s what will ultimately happen.