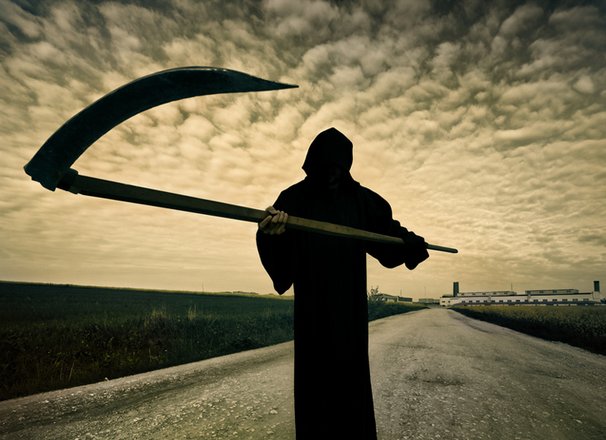 In a surprise announcement yesterday, Google’s CEO Larry Page lifted the lid on what may well be the search engine-cum-everything giant’s most audacious project yet – a new life science startup named Calico that’s hoping to come up with new ideas to combat aging and its related diseases. In other words, as Time Magazine notes, Calico aims to do nothing less than cure death itself.

Art Levinson, the ex-CEO of Genentech, will serve as Calico’s first CEO. The company will focus on all kinds of health-related issues, but its primary goal is to tackle aging and associated diseases.

Larry Page acknowledged that medical research isn’t something that falls within Google’s usual repertoire, but pointed out that technology has a tremendous potential to improve people’s lives, and that’s why they’re getting involved now.

“Don’t be surprised if we invest in projects that seem strange or speculative compared with our existing Internet businesses,” wrote Page, who added that any investment in Calico would be relatively small compared to Google’s primary businesses.

The problem of aging is something that affects every living thing, not just humans. Specifically, what Calico wants to do is to come up with solutions for the degradations that come along with it, including both physical and mental ailments. In a second press release, Page noted that the project will involve a lot of what he calls “moonshot thinking”.

Calico’s goal is a noble one, but if recent medical research is any good indicator, it’s task will not be an easy one. Google’s new startup will need to use the latest and greatest Big Data tools in existence if it hopes to make any real headway. We’ve already seen similar efforts from tech giants like IBM, not too mention government agencies like the National Institutes of Health (NIH). Recently, the NIH announced plans to donate $24 million annually to the Big Data to Knowledge Centers of Excellence to find its medical data research programs.

As noted on the NIH’s website, this effort is no small undertaking:

“The ability of researchers to locate, analyze, and use Big Data (and more generally all biomedical and behavioral data) is often limited for reasons related to access to relevant software and tools, expertise, and other factors.”

Healthcare organizations and even private hospitals have made similar efforts, forging alliances with tech-firms that focus on medical Big Data initiatives. One recent example of this is the Memorial Sloan-Kettering Cancer Center in New York City’s partnership with IBM and WellPoint, which will see IBM’s Watson supercomputer used as a platform for processing and interpreting oncology data.

Clearly there are many who believe in the massive potential of Big Data to improve human health, and that’s why Google’s involvement is such a big deal. Google capabilities when it comes to storing and analyzing massive amounts of data are unmatched, and together with the army of data scientists at its disposal, if anyone can achieve a breakthrough you’d bet your house on Google being the one that does.

But to cure death itself? That might just be stretching things a little too far…