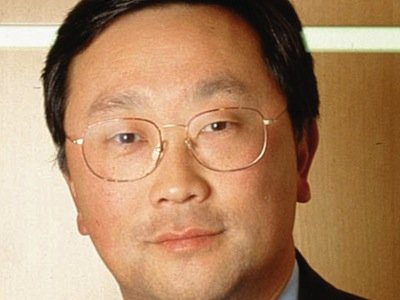 Who is John S. Chen? Is he the man to save BlackBerry?

For those who are following the fate of BlackBerry, they may know John S. Chen as the company’s executive chairman and interim CEO.  He was the one who brought Sybase back from the grave, but aside from that, most people really have no clue as to who Chen really is and what made him the perfect choice to replace Thorsten Heins, for now.

His career started at Unisys, a worldwide information technology company, as a design engineer, but eventually served as vice president and general manager of the Convergent RISC Platform Division and the Convergent UNIX Systems Group.

In 1991, he joined Pyramid Technology Corporation as executive vice president and was elected president, chief operating officer, and director of the company in 1993 until 1995.

In 1995, he joined Siemens Nixdorf as vice president and in just a year, he was promoted to president and CEO of the company’s Open Enterprise and Computing Division.

A year later, he joined Sybase, an enterprise software and services company, as chief operating officer and director, and eventually got the position of chairman, president and CEO in November 1998.  He led the company’s re-invention strategy, made it profitable once more by focusing on analytics and mobility in emerging markets.  Though he was ridiculed for this strategy as, at the time, no one was looking at the mobile market, he was persistent in his efforts, stating that it was the right approach. He was not wrong in this strategy, making Sybase the first to focus on mobility, in turn achieving a strong financial performance and shareholder returns which included 55 consecutive quarters of profitability, $2.8 billion generated cash, and a 28 percent compound annual growth rate for its market capitalization from a low of $362 million to $5.8 billion when it was acquired by SAP in 2010.

Chen also serves on the board of a number of companies.  In 2004, he was elected as director of the Walt Disney Company, of Wells Fargo & Company in 2006, served on the board of the CIT Group Inc., and as a member of the New York Stock Exchange’s listing advisory committee, as well as the boards of several high-tech start-ups, including Beyond.com, Niku Corporation, Wafer Technology and Turbolinux US.

He is also a trustee Caltech and the Brookings Institution, national trustee of The First Tee, governor of the San Francisco Symphony.

He is also very active when it comes to international relations. He served as the past chairman, from 2009–2011, and longtime member of the Committee of 100, a group of high-level Chinese-Americans, and a member of the Council on Foreign Relations.  In 2005, former U.S. President George W. Bush appointed Chen in the Export Council, a year later he was appointed as co-chair of the Secure Borders and Open Doors Advisory Committee, and served as chair in the U.S.-China Policy Advisory Roundtable for the Center for Strategic and International Studies (CSIS).

Many believe that Chen is the perfect person to bring BlackBerry back to its glory days.  He has the skills and experience for the job.

“John Chen knows how to manage a mobile company, and perhaps more importantly, can make things happen in the industry,” technology analyst Jack Gold wrote. “In fact, he had been rumoured to be in line to run SAP, but that didn’t happen.”

But Chen isn’t the only element needed for the company to survive.  For Chen, BlackBerry has all it needs to survive as well as to be profitable once more.  And this time, instead of focusing on mobile, Chen plans on focusing on the machine-to-machine space.

“We have all the ingredients to become the leader in that embedded machine-to-machine space,”  Chen said. “I figure with our focus and [by thinking] long term, [by doing] the right thing today, a step at a time, I think we’re going to build tremendous value for shareholders.”