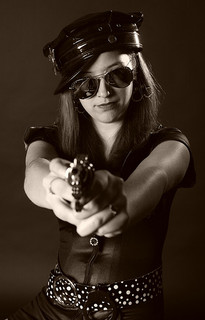 Former Moolah CEO Ryan Kennedy has been arrested over the theft of 3,700 Bitcoins from the now defunct Bitcoin exchange Mintpal.

Troubles at Mintpal first emerged in July 2014 when the company reported that it had been “hacked” and had lost a large amount of a different cryptocurrency called VeriCoin. It turns out that was only the tip of the iceberg.

Following the original security incident Kennedy, then going by the name of Alex Green moved to take over Mintpal through his company Moolah in a deal which landed him approximately 35 percent of the company, but gave Moolah full control of MintPal.

According to other participants, Kennedy presented himself as a security expert who had previously worked for Citibank, and as part of the acquisition of Mintpal he promised to overhaul the site to beef up security following the initial hack. In early October 2014 the new version went live, and was marred “by systemic problems that left some users at least temporarily unable to access their accounts.”

The site lasted one week before being taken down due to a “critical issue,” followed subsequently by an announcement that parent company Moolah was bankrupt, and news (how many times have we heard this) that Mintpal had been hacked and all of its Bitcoin had been stolen.

An investigation detailed by the site Mintpal Justice subsequently discovered that those very same “hacked” Bitcoins were being sold by Kennedy on Bitcoin sales site LocalBitcoins.

SYScoin, which had 750 Bitcoins stolen from it from an escrow account held by Mintpal initiated legal action against Kennedy in the U.K.’s High Court in late October, winning an injunction that Kennedy repay the amount; unsurprisingly Kennedy didn’t comply with the court order.

News of his arrest comes via a statement from SYScoin, who writes that:

Undoubtedly people are wondering what is going on with the legal battle regarding the 750btc stolen from the Syscoin Escrow fund, Mintpal / Moolah / Ryan Kennedy / Alex Green / etc. We are permitted to disclose that both Ryan Kennedy and Chelsea Hopkins were arrested by UK authorities. We’re working with UK authorities, UK courts, Interpol and the legal bodies to resolve this properly and make sure any wrong doing is met with the full force of UK Justice. We’re also ensuring any accomplices who were complicit in this crime are being held accountable. There are no free rides.

We’re speaking with our legal team regarding what more specifically we can release as there is much to say but until we’ve reviewed with our team, I can only say that the litigation continues. We’ve produced evidence verified by a cryptographic expert; the story the blockchain tells is not one that aligns with the explanation provided (bug stole the bitcoin) for the loss of the coins by Moolah.

We’re unable to ascertain the full relationship of Chelsea Hopkins but she appears from time to time and may have been an accomplice.

It’s another sordid scam tale in the Bitcoin world which has been far too common lately, although unlike other cases it would appear that at least here the scammer has been brought to justice.