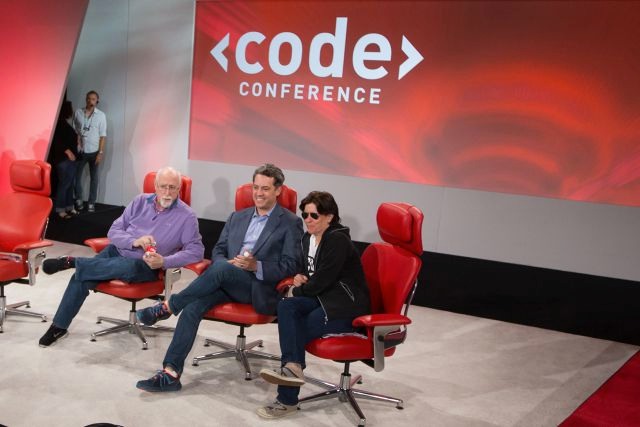 The price of the acquisition was not disclosed but is reported to be an all-share deal, suggesting a figure on the lower side, possibly valuing the business at somewhere around mid to high seven figures.

Founded in 2014 after Mossberg and Swisher left The Wall Street Journal after running a similar blog called AllThingsD, Re/Code covers startups and business technology news, and is famed for Swisher’s ability to break news via her vast contacts in Silicon Valley, along with Mossberg’s often colorful reviews of  gadgets.

“This is the next big step in our mission to bring you quality tech journalism, because our work will now be amplified and enhanced by Vox Media’s deep and broad skill set” Mossberg said in a post to Re/Code.

“Re/code will benefit from joining Vox Media by integrating Vox Media’s various capabilities — including marketing, communications, audience development,sales and production…and…we will continue to publish under the same name and leadership, with editorial independence” he added.

What aren’t we seeing here?

The buy is a good one for Vox, and although there is some crossover with Vox’s The Verge tech website, Re/Code is a nice addition to a stable of sites that includes SBNation, Curbed, Polygon, Eater, and others.

The names Swisher are Mossberg would give extra credibility to any company and Vox is lucky to have them.

But what aren’t we seeing here?

You don’t sell off a site like Re/Code if the business was going gangbusters, particularly in an all-share deal.

It’s pure speculation, of course, as it’s doubtful Swisher or Mossberg will confess anything publicly, but you’d bet on the site having been in financial trouble prior to acquisition.

The New York Times puts their traffic according to Comscore 1.5 million visitors a month (visitors which can include repeats, not unique visitors) which, for a site with 44 staff and probably some serious overheads, isn’t huge.

As we know with the previous demise of GigaOm, the tech conference business isn’t as lucrative as it once was given there are so many conferences competing for the same audience; sure <code> always attracted big names, but the money is made through sponsorships and ticket sales, and there’s only so much money to be spread around the space from individuals and companies alike.

Whatever the reason, best of luck to Re/Code with your new masters and overlords in the future.