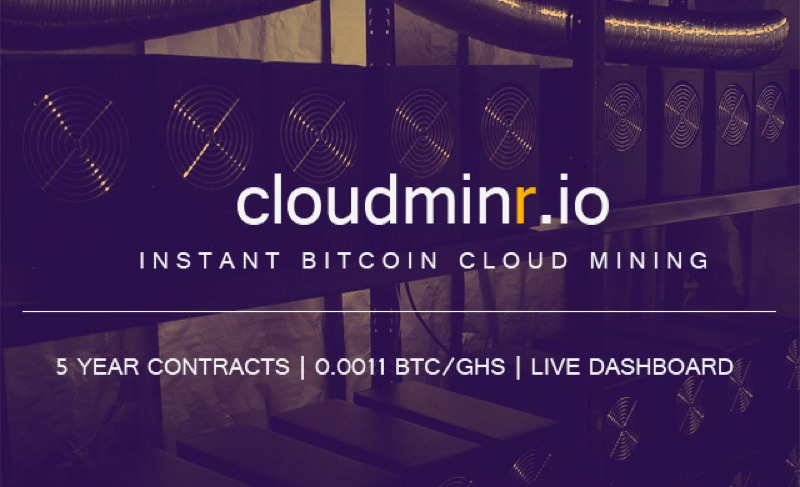 Bitcoin mining service Cloudminr.io is no more after the site was allegedly hacked and customer details were offered for sale, along with the theft of Bitcoins held by the company.

According to various reports, the site was hacked on or about July 7th, with the main page of the service being amended over the weekend to offer the sale of customer login and personal information, along with a CSV (comma separated values) taste-test of the details of 1,000 customers’ personal details by the hackers to demonstrate that they were the “real deal.”

The details also included in the information, disturbingly (and we’re not sure why customers would hand these over to begin with) included Bitcoin Talk accounts login details, as well as the same for Twitter and Facebook accounts.

The amount of Bitcoin stolen is not clear, although it is known that the company had a remarkable (for a mining company) 79,267 customers; potentially the hackers may have stolen Bitcoin with a value well into the millions.

The site launched to the public in November 2014 and was pitched as a “Norwegian cloud mining company with a strict goal of becoming one of the market leaders within 1 year” along with being “the easiest cloud mining out there.”

Cloudminr offered competitive mining rates of 0.0012 BTC / GHs for VIP and 0.0014 BTC / GHs for everyone else, free refunds, and customer support, but questions over the legitimacy of the offering were soon to follow.

In December 2014 a user at Bitcointalk.org questioned whether the company was legitimate at all, followed by another user in April who accused them as being “a nest of thieves.”

Although mostly speculation at this point, there are some hints that this may have been an inside job, with some people already accusing the company of committing fraud, with the hacking story simply being a front for the founders running off with the proverbial money, or more particularly, in this case, the Bitcoins it had mined for customers.

We don’t have to look far back in history to see that it’s likely, with any number of Bitcoin related entities claiming to be hacked, Mt. Gox arguably being the biggest of them all.

Even if it isn’t an inside job, as 99Bitcoins rightfully points out, at the very least an employee was compromised to gain access.

For those nearly 80,000 customers affected, the bad news is there’s not much they can do about the hack or their lost Bitcoins, other than to urgently change their passwords on social media accounts, and in the case they may have used the same password on other sites as they had on Cloudminr.io, those passwords as well.