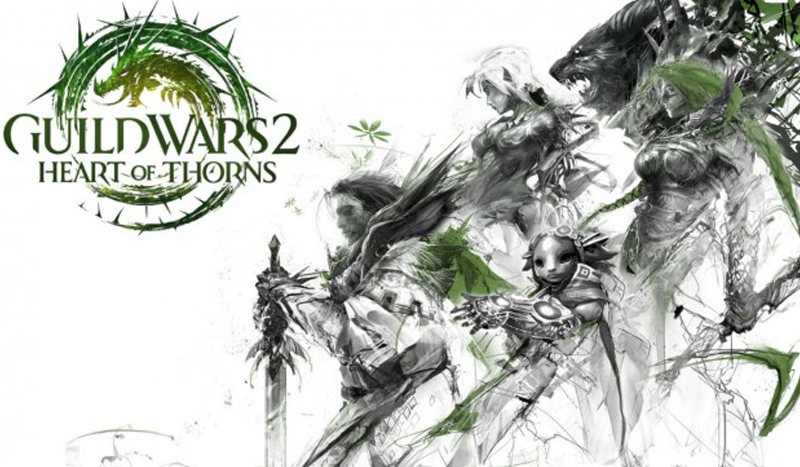 ArenaNet LLC’s buy-to-play massively multiplayer online (MMO) game Guild Wars 2 has almost reached its third birthday and has its first expansion planned for release this year. While the game has seen a number of user experience changes and upgrades, the Heart of Thorns expansion promises not only to expand the content and breadth of the game but also add to the social experience of users.

During the Gamescom 2015 conference in Germany the ArenaNet team published a Points of Interest podcast on Twitch to talk about the upcoming Mastery System—an addition to the game that will arrive with the expansion that will provide players further progression into the game.

While multiple Mastery Tracks are expected, only the “Pact Commander Mastery” has been detailed to players, and it appears to be a very social one.

At one mastery point players will receive access to Pact Mentor, which provides a special mentoring tag and chat icon. While the mentor tag is on the player will be visible on the map and marked as a “mentor” or a helper, and when they speak in chat it will highlight their messages. Having this track active also adds 5 percent swiftness to the commander and their party when in a player city (which act as in-game social areas). More swiftness in cities comes from going further down this track.

Also at one mastery point players will receive access to Productive Downtime, which provides a crafting XP bonus for every item crafted. Guild Wars 2, like most MMOs, has an item crafting system that has players gather resources and make them into useful items (weapons, armor, equipment, other consumables, etc.). Like everything else in GW2 crafting must be leveled, this will make that go faster.

At two mastery points players get Supply Line Management, which provides “access to a network of regional merchants across Tyria.” There appear to be seven merchants and total and they will randomly move around the world of Guild Wars 2 and will provide new strange items and perhaps old crafting recipes that have been retired. This mastery point also provides 15 percent swiftness in cities.

At three mastery points Noblesse Oblige opens up, which allows players to revive lower-levelled players faster, and revives also remove downed penalties such as armor damage. This is another socially-oriented track element that means that veteran players can assist lower leveled players more easily when they get killed. Although there is no “cost” to armor damage (just time to get it fixed) so the social element here is that it keeps new players in the field faster by resurrecting them faster and making it so they don’t need to visit a repair station as often.

Finally, at five mastery points Advanced Logistics is opened up, which allows players to turn on “auto-loot.” This is more of a quality-of-life user experience enhancement than anything as it means that GW2 players no longer need to press ‘F’ to pick up items dropped by slain enemies and it is just vacuumed up into their inventory. It also adds 30% swiftness to the player in cities.

Guild Wars 2 has been out almost three years and is only waiting its first expansion—while the much older and venerable, at 11 years, MMO World of Warcraft is looking at its sixth expansion, Legion. To keep up with such titles as WoW, GW2 has been in dire need of such an expansion—although the game does keep itself fresh through monthly changes to content, this is rarely enough.

Of player tags and Tyria socialization

GW2 already has “tags” for players called Commander Tags. This capability allows a player to make themselves visible on the overland map via a sort of shield shaped colored marker (often referred to as a “Dorito” by the playerbase.) It is used mostly to command forces in the giant open-world PvP zones for World vs. World.

As a result, the mentor tags will likely be used very similarly by players who already act as mentors.

An important note brought up in the Points of Interest dialogue is that while mentor tags will be available to all players for only one mastery point (and commander tags cost 300 gold) the ArenaNet team does not see players using them to be antisocial. And, if players do decide to “troll” as mentors and mistreat players, the report function does still exist.