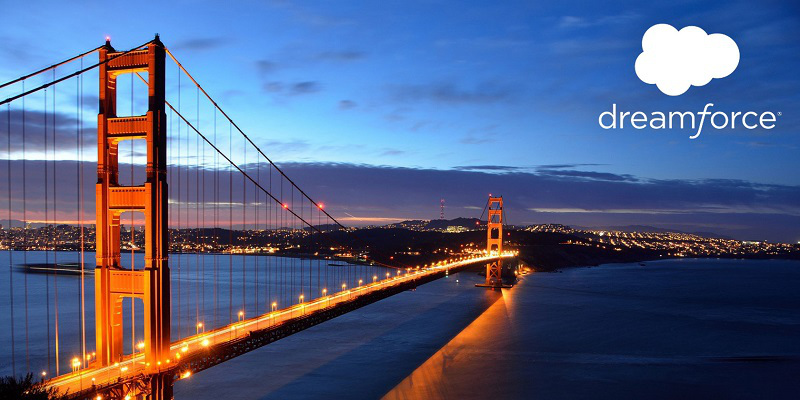 Salesforce.com Inc. is kicking off its annual customer summit this morning with the introduction of a brand new cloud platform that bolsters its sales orchestration suite with capabilities for tapping the vast amounts of data coming off the connected universe. The launch is the culmination of a long-running internal effort to tap the new kinds of devices making their wave into the enterprise.

The first sign of Salesforce.com’s interest in that direction emerged last year in the form of a developer program aimed at fostering the development of apps for wearables such as the Apple Watch. The initiative was expanded to include other emerging platforms such as the Oculus Rift a few months later and produced its first batch of official services earlier this year.

The new Salesforce IoT Cloud expands the company’s efforts beyond helping organizations take better advantage of the individual devices to helping them exploit the whole. At the heart of the platform is a data crunching engine aptly called Thunder that integrates the historical analysis component of Apache Spark with the Apache Storm framework for ingesting fast-moving data.

That combination, which took about a year to bring to production, allows Salesforce.com to collect billions of metrics from a customer’s network every second, pick out important details from that stream in real-time and store away the rest for deeper analysis in the future. The company sees that functionality enabling a whole new category of use cases for connected devices.

A taxi company, for instance, could leverage Salesforce.com IoT Cloud to automatically issue an alert when the sensors in one of its vechiles detects erratic driving to the appropriate regional supervisor. And a retailer could use the service to track customer activity in real-time across its locations and send exclusive offers to stores that are underperforming to boost sales.

Salesforce.com Inc. already has several big-name customers lined up to use the offering, most notably Emerson Electric Co.’s air conditioning division, which plans to tap data from customer installations to improve the quality of its products. And it announced partnerships with several notable vendors including ARM Holdings plc in conjunction to help drive further adoption.

But the significance of the launch is not limited to Salesforce.com’s immediate ecosystem. Its entry into the race to tap the connected universe also means more competition for IBM Corp. and General Electric Co., which are developing their own solutions for analyzing the vast amounts of machine-generated data pouring into the corporate network. And thus the biggest names in the industry have found themselves on a collision course leading to a competitive clash like none we have seen before.