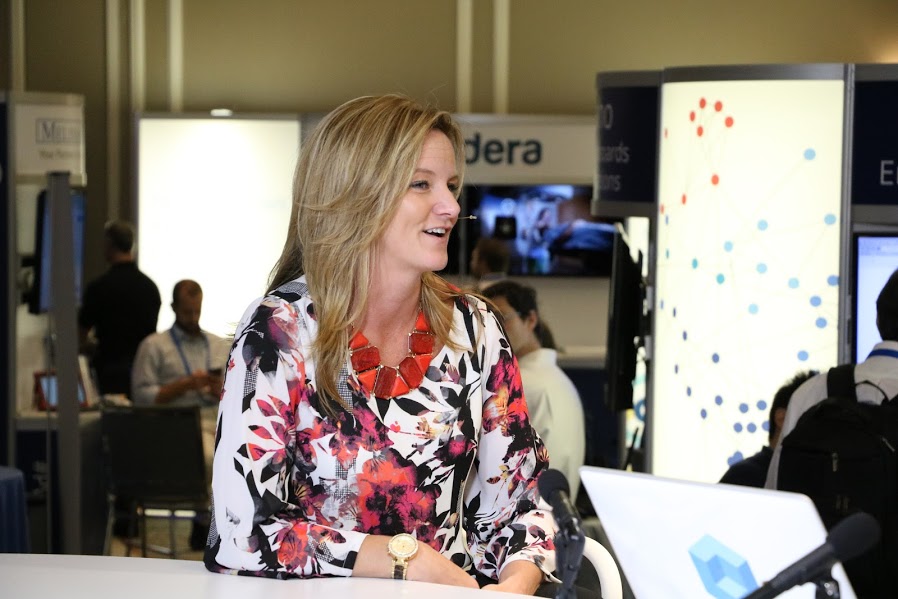 More code in ‘the wild’: Open source the key to Pentaho’s success | #pworld15

Embedded analytics has become Pentaho Corp.’s cornerstone offering at all levels of the market. Gretchen Moran, director of engineering services at Pentaho, a Hitachi Data Systems company, joined Dave Vellante and George Gilbert, cohosts of theCUBE, from the SiliconANGLE Media team, during PentahoWorld 2015 to talk about how open source enabled the company’s success.

But what makes Pentaho special? “You have analytics that happens in the pipeline,” Moran said. “You have the ability to take components of Pentaho and either run them in cluster or be able to take the data that’s in the cluster and pull them out and operate on those analytics outside of the cluster,” as well as having various tools set up to consume the data.

What really makes Pentaho stand out, however, is that the majority of its non-enterprise offerings remain open source. “From the very beginning, I’ve been one of the core developers,” Moran said, detailing her journey through the company. “Our original roots were open source, so I spent some time as our community manager.”

Moran continued: “Back in the days when open source wasn’t necessarily mainstream, we really wanted to do open source properly and organically. So we spent a lot of time just interfacing with those developers that were out there, that were contribution to the product … so I spent about two years as our community manager, just really shepherding those developers to come on board and support the development of our product.”

That open source integration continued over the next decade, and Moran believes it was a big key to the company’s success.

“Pentaho’s 10 years old now,” she said. “We were coming into a space that already had some pretty big incumbents, and some really big guys that would be tough to take on from a proprietary perspective. So, again, we’ve got some really visionary founders, and a couple of them got together and said, ‘You know what? This open source thing has legs.’ And we committed to starting the first open source business intelligence stack. And we found best-of-breed open source projects — brought these wonderful, intelligent minds together.”

Even with their success, the leadership team has made it a priority to stay close to those open-source roots, and they continue to keep more code “in the wild” than behind closed doors. “The ability to bring that team of talented people together formed the basis of what Pentaho is today,” Moran said.

Watch the full interview below, and be sure to check out more of SiliconANGLE and theCUBE’s coverage of PentahoWorld 2015. And join in on the conversation by CrowdChatting with theCUBE hosts.

Kenna Security uses machine learning and collaboration to target enterprise threats
Networking, embracing differences key to success in tech for women
Accenture builds a bridge between large companies and startups while expanding its own portfolio
Success in the digital economy requires diversity at every level
Accenture's Innovation Hubs offer space to test boundaries of cutting-edge technology