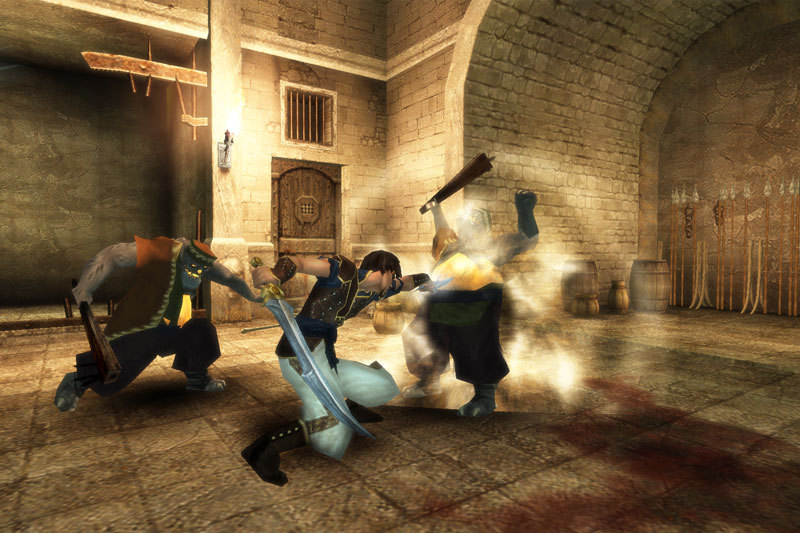 ‘Prince of Persia: The Sands of Time’ director looks back on the iconic game in ‘Devs Play’ video

Sometime in the 2000s, French-Canadian game studio Ubisoft Montreal released an iconic action adventure game set in the distant past that starred a Middle Eastern protagonist and had a story that included elements of time travel and mysticism. Directed by Patrice Désilets, the game featured fun, fluid gameplay with parkour-like wall climbing puzzles and intense melee combat. The game was a sleeper hit, failing to make a huge splash at launch but eventually becoming so popular that it spawned a number of sequels and even a Hollywood movie.

You can be forgiven for thinking that I’m talking about Assassin’s Creed. After all, you could say the exact same things to describe the first game of that series.

But no, I’m talking about a slightly earlier Ubisoft game that also happened to be directed by Patrice Désilets, one that helped redefine both the gameplay and the story design of modern adventure games. I am talking, of course, about 2003’s Prince of Persia: The Sands of Time.

In a recent “Devs Play” video, Désilets sat down with Greg Rice, a producer at Double Fine Productions, to talk about the creation of Prince of Persia: The Sands of Time, including both how it had been influenced by other games and why the development team made certain design decisions.

While Désilets’ game was not the first in the Prince of Persia series (it was technically the fourth), it was a complete reboot of the franchise and took the games in a new direction.

“What’s funny is that I wasn’t actually a fan of the first [Prince of Persia] at all,” Désilets admitted. “I skipped those games back in the day, so when I played them in 2001, it was like ‘Whoa, that’s not how we make games anymore.’ It’s tough, it’s frustrating—it’s good looking, but it’s another philosophy of design I would say. So I played for like an hour and that’s it … I think I understood the essence of it, so it was like now how can we make that an original game for the 2000s?”

According to Désilets, a game that had a more direct influence on Prince of Persia: The Sands of Time was the 2001 cult classic Ico. While Ico was released several months after production had already begun on Prince of Persia, Désilets explained that the game helped shape some of the design decisions made for the game.

“We spent an entire day going through [Ico], the entire team together sitting down, looking at it, playing it, discussing it, brainstorming,” Désilets said. “[We liked] how the castle in Ico seems real and you always know where you are, so we tried to have this a little bit also in the second palace.”

Something the Prince of Persia team decided to change from Ico was the interaction between the player and the lead female character, Farah.

“[Farah] has some behaviors to help you out, but we didn’t want for her to become a key just like in Ico, a key to a door all the time.”

You can watch the full discussion between Rice and Désilets below:

Three insights you might have missed at The Data Doesn't Lie ... Or Does It?
Major security bugs are a long-term threat: Here's why and what's next
VMware expands focus from virtualization to multicloud services
VMware positions for prominence in the supercloud market: VMware Explore Day 2 analysis
NetApp’s expanded VMware partnership highlights common focus on multicloud support