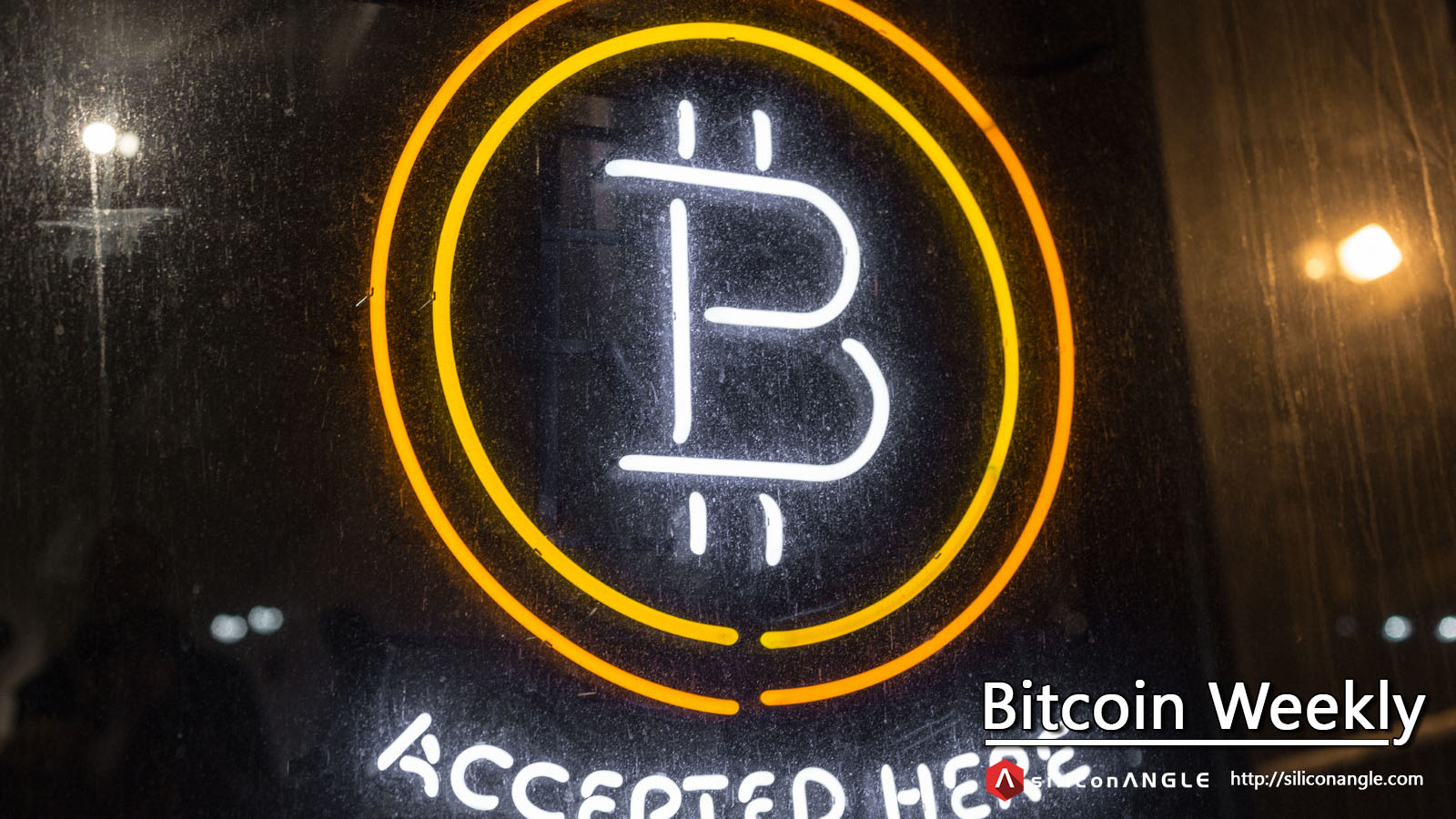 Bitcoin may be getting a boost with a potential unfolding partnership between Valve Corp. and BitPay, Inc.! Redditors have discovered payment code in Valve’s video game distribution platform Steam that will allow bitcoin payments for US customers.

In Bitcoin finance, credit card processing company SimplexCC, Ltd. announced $7 million in Series A funding to assist Bitcoin exchanges with accepting credit cards without fear of back charges. The Linux Foundation Hyperledger Project, a blockchain project with a number of large banks on board, announced new members, increasing the count to 28.

In Bitcoin regulation and law news, Coin Center announced $1 million raised for the non-profit to continue education on the regulatory atmosphere surrounding Bitcoin.

Curious about the Bitcoin scalability debate and segregated witness? Keep reading and watch the Epicenter Bitcoin podcast video below with CEO of Ciphrex Corp. Eric Lombrozo who explains the proposal and its implications for the Bitcoin network.

Bitcoin market price is currently at $384 (https://bitcoinaverage.com/#USD) and is rising once again after a dip from $384 on February 5, which saw the market value fall to $375.

Valve Corp.’s Steam digital distribution game platform not only sells video games and DLC, but also virtual items for games — the platform itself is its own advertisement for the use of virtual currencies and microtransactions.

After seeing the code enumerated at The Merkle, it seems a foregone conclusion that Valve will be partnering with BitPay, but currently the code is not working yet and there has been no formal announcement from either company.

Amid the additional commands Reddit users found “bitcoin_authorization_explanation,” “checkout_payment_method_specific_note_bitcoin” and “checkout_receipt_pending_bitcoin_long,” among others. These commands suggest that the Bitcoin option will appear amid other methods in the dropdown at purchase and implement BitPay’s API. The option also appears that it may only be available for residents of the United States.

The addition of BitPay to Steam’s payment methods would be a giant boon to the Bitcoin gaming community, as Steam is the biggest online distributor of video games in the world. In the past 48 hours, Steam exceeded 11 million concurrent gamers, and SteamSpy estimates that Steam sold approximately $245.5 million worth of games during the 2015 Steam Summer Sale alone. Steam already allows sales via credit card and processors such as PayPal.

Simplex (SimplexCC, Ltd.) raised $7 million Series A in a funding round led by Bitmain, Cumberland Mining, and other unnamed individual investors. Founded in 2014, the company offers credit card processing for Bitcoin exchanges with no chargeback risk.

This round brings the company’s total funding to $8.4 million.

“Simplex brings Bitcoin purchasing to the mainstream by providing digital currency exchanges, brokers and wallets with risk-free processing of consumer credit card purchases,” the company said in an email to SiliconANGLE. “Through Simplex’s API, Bitcoin sellers can offer customers credit card purchases without subjecting themselves to the risk of credit card fraud.”

The service fully launched this month and includes Genesis Mining, SpectroCoin and Bits of Gold as clients. The company claims to have processed nearly $3 million in transactions since beginning a beta in 2015.

Credit card chargeback fraud is particularly problematic for Bitcoin exchanges, because an exchange of cryptocurrency is irreversible. Once the Bitcoin is out the door, if the credit card company decides to reverse the charge, that money is lost and cannot be recovered without the purchaser of the Bitcoin returning it.

Worse, the market for Bitcoin exchanges find it extremely difficult to find credit card processors willing to work with them due to the niche nature of Bitcoin trading and its fringe visibility.

In December, open-source software leader The Linux Foundation announced a new collaborative effort between a group of major technology and finance leaders to promote standards for blockchain technology.

“The formation of Hyperledger marks a milestone in the advancement of distributed ledger technology,” said Digital Asset Holdings, LLC CEO Blythe Masters. “Digital Asset believes that it is vital for shared infrastructure to be open to critical inspection and collaboration, and this initiative will be pivotal in driving the global adoption of solutions to real-world problems.”

As the technology that underpins the infrastructure of Bitcoin, the blockchain has seen a great deal of attention from the fintech industry, especially from big banks looking to use the technology to change how securities and stock assets are managed.

The Hyperledger Project seeks to look into blockchain technology applications beyond just banking-related services, according to project members Fujitsu, Ltd. Senior Vice President Takahito Tokita and Masayoshi Ogawa, president of Hitachi, Ltd.’s Financial Information Systems Division — however, no details on what those applications might be were forthcoming.

It is possible for individual donors to also join in support of Coin Center with offers as low as $50 — which comes with some swag rewards, such as a Coin Center stick, Bitcoin T-Shirt and a Pocket Bitcoin Whitepaper booklet.

Bitcoin, and by strange extension blockchain technologies, are both disruptive technologies that have had real-world impact on the technology and financial sectors. As a result, both have drawn the attention of regulatory bodies across the world. Most infamously, the New York Department of Financial Services released BitLicense in 2015, which led to upheaval in the Bitcoin industry as several large Bitcoin businesses pulled out of New York in criticism of the regulation. Similar regulation is currently being examined in other U.S. states, and many Bitcoin businesses still work to remain legally viable, including Coinbase, which released U.S. financial services (and took heat for claiming full compliance with regulations).

Amidst the debate over the Bitcoin blockchain block size — which is largely about how to make certain Bitcoin is scalable in the future rather than just changing the block size — other solutions to future scalability have appeared, including Segregated Witness.

The segregated witness solution was suggested by Blockstream, Inc. co-founder Pieter Wuille at the Scaling Bitcoin conference in Hong Kong, and the concept has seen a lot of support from the community.

As this is a complicated subject, in the video above, Eric Lombrozo, CEO of wallet company Ciphrex Corp., attempts to explain what it is and how it will affect Bitcoin. Lombrozo is an expert in segregated witness, as his company is responsible for running the testnet that provides proof-of-concept for segregated witness in Bitcoin.

What segregated witness does is allow the blockchain to separate signatures out of blocks and hold them elsewhere for particular clients (full nodes will still need to hold all information for all transactions), and it also allows for more complex scripting for smart contracts on the Bitcoin blockchain.

One of the bigger impacts of segregated witness on the Bitcoin scalability and block size debate is that it could be used to open up  more space in blocks immediately with a soft fork. This is important because a soft fork of the Bitcoin blockchain does not cause a seismic shift that all miners and node owners need to follow-up on rapidly or get left behind (the alternative is a hard fork, which requires all current Bitcoin miners to follow or find themselves on the wrong side of the fork).

As a result, it will be much easier for miners and users to upgrade incrementally with segregated witness functions as it is backwards compatible, which directly affects network stability and prevents the massive disruption a hard fork (such as may be needed for a full-on block size increase) would generate.

For these above issues, Lombrozo argues that adopting segregated witness could relieve many of the current scalability concerns and potentially enable a much easier path to a block size increase in the future.