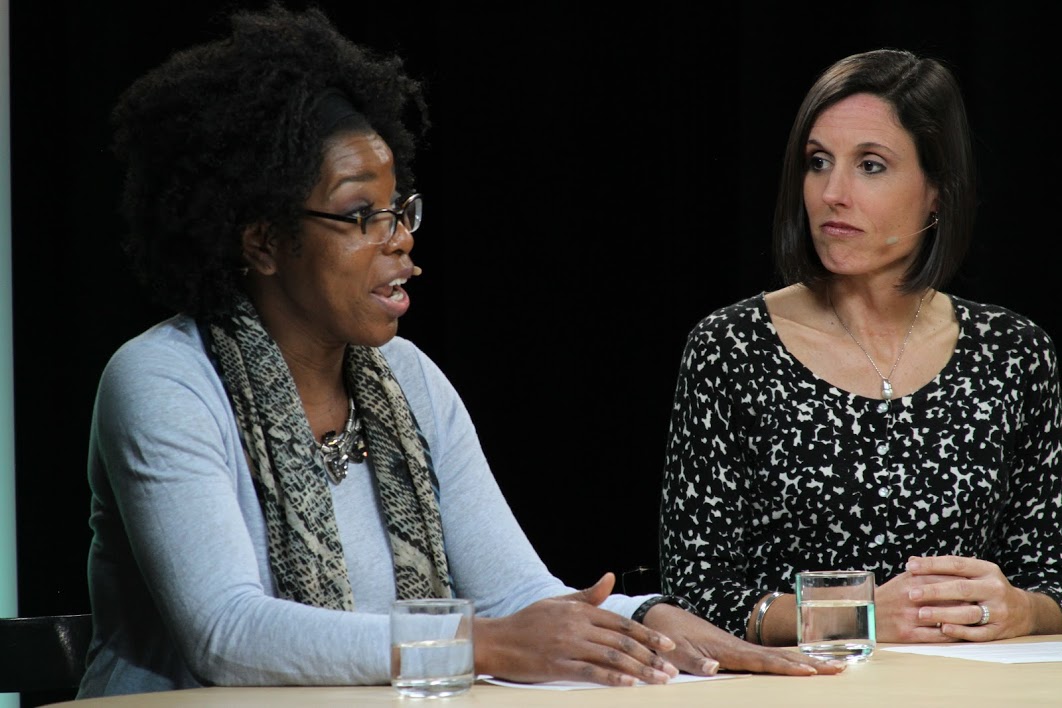 One of the points of interest for companies looking to remain current in regards to the concerns of their employees and clients is providing a well-balanced diversity in their workforce. One aspect of this effort is aiming toward parity in the gender balance of their employees, and many companies have formed initiatives to address this goal.

Angela Gill, strategic business development manager at Intel, and Elizabeth Land, marketing consultant for Intel, joined John Furrier (@furrier)and Jeff Frick (@jefffrick), cohosts of theCUBE, from the SiliconANGLE Media team, at BigDataSV 2016, where theCUBE is celebratings #BigDataWeek, including news and events from the #StrataHadoop conference. The group discussed ways in which Intel and other tech companies are working to address workforce equality issues, as well as more specific focuses, including a push toward “Women in Big Data.”

One of the difficulties in achieving this balance, as was pointed out early in the conversation, is that fewer women are graduating with technical degrees now than there were in the 1980s. On top of that, it’s felt that to provide real fostering of growth opportunities, new entrants to the workforce should have access to not just mentoring, but also sponsorship later on.

The distinction between these two, as Gill put it, is that mentorship tends to be seen as more of a guidance for skills not acquired yet, while sponsorship is more of a leveraging of professional position once the establishment in occupation has been made.

One approach for bringing women to the point at which they can begin to utilize these opportunities is to start early, as with the act of establishing initiatives to mentor high school students who have shown an interest and/or aptitude for the field, Land explained. Gill pointed out that simply by seeing more people with whom these students can relate already operating in the industry, it helps provide a natural line to support the aspirations of these students.

On the other side of that bridge, corporations can do their part to grow toward these goals, and as Gill said, “Recruitment effort at Intel has been really ratcheted up.” She gave examples of ways in which Intel is “making progress to [the goal of] parity,”and while there’s still a way to go, results have been quite promising thus far.

There are also meetings of groups with an interest in supporting and expanding the available professional options for women in tech fields, realized in a variety of ways. With what Land characterized as a “robust training calendar,” these groups have been meeting at events, such as Cloudera, Inc. running surveys to find out what topics women would like to have covered, assembling presentations and seminars, and providing access to networking on an active level.

Examining some of the high-priority areas of tech in which paths need to be broadened, Gill highlighted the analytics field as one which needed further development. “We’re trying to broaden Big Data so it’s not just Hadoop,” she said.

Watch the full interview below, and be sure to check out more of SiliconANGLE and theCUBE’s coverage of BigDataSV 2016. And make sure to weigh in during theCUBE’s live coverage at the event by joining in on CrowdChat.