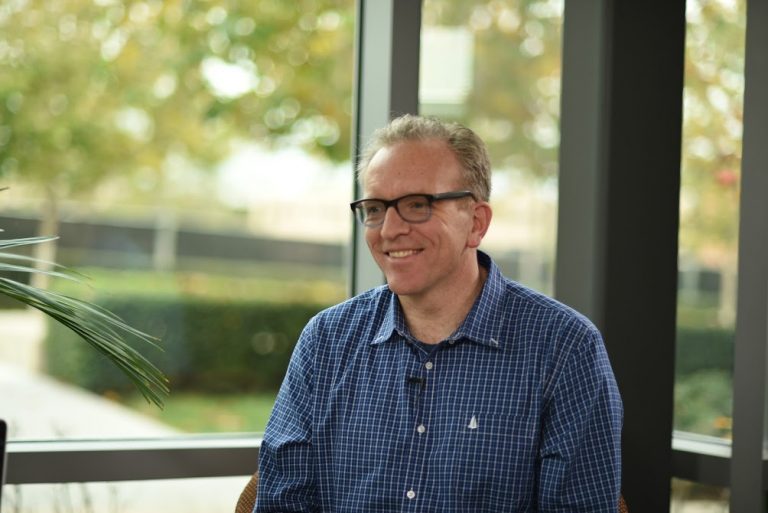 Hoping to speed development of the next wave of enterprise innovation, VMware Inc. plans to get even more active in the open-source community in 2017. The Dell EMC company already participates in a range of open-source projects, which increasingly are driving the leading edge of enterprise software and services.

This week, theCUBE features Dirk Hohndel as our Guest of the Week.

Open source: a friendly force in the market

Hohndel recently joined VMware after 15 years in his role as chief Linux and open-source technologist at Intel Corp. In his previous role, he drove the use of open source to facilitate the growth of the business. Before going to Intel, he spent six years as chief technology officer at SUSE, owned by Micro Focus.

Hohndel’s career spans 28 years working as a developer, a project maintainer and a bridge builder between the companies he has worked for and the open-source community. He was one of the earliest Linux kernel contributors.

“I’ve been involved in open-source longer than the word existed, writing free software since late-80s, early-90s, starting on the Linux kernel in 1991,” he said.

As vice president and chief open source officer for VMware, Hohndel is looking to keep VMware driving significant open-source projects. He noted the recent handover of Open vSwitch to the Linux Foundation and pointed out that VMware employees are still the key maintainers of the project.

The company participates in a number of important open-source projects involving containers and some small projects building infrastructure. Dell EMC is active as well, announcing recently that it will be contributing the CoprHD SouthBound SDK to the Linux Foundation’s OpenSDS Project to boost storage interoperability and compatibility.

Tool development is an integral part of VMware’s contribution. For instance, Clarity is a project that offers UX guidelines, HTML/CSS framework and Angular 2 components working together that help developers go from prototype to products quickly. “It is not core to our business, but it is a critical tool we use to create our web UI,” Hohndel described. He went on to say, “Our involvement in open source … has a huge impact as to how we are seen as a company.”

Working with the open source community

When working with the open-source community, there are no rules, but successful projects require a give and take and supporting a healthy community. Hohndel said the goal is to create a healthy project and turn it into a product.

“The biggest threat is that you take too much of the engineering know-how out of the community and put it behind closed doors, focused on nothing but privatization,” he asserted. The trick stated Hohndel is to maintain community while creating products.

Since developer Linus Torvalds introduced the Linux kernel in 1991, the progression has been compelling. In the beginning, open source was where amateurs went to develop skills and turn ideas into products. Over the years, large industry players have moved in, creating a more professional environment.

Hohndel estimated that in today’s environment, 85 percent of users are enterprise users doing their day job. Open source has become a platform to run many products in production today, with only a small part contributed by amateurs.

As for the big players taking too much and not giving back, Hohndel warned that it is important to keep the open-source community healthy. “Fundamentally, what you want to do in this space is make sure that the projects you use that are integral to your business stay healthy … that you aren’t the only user and you listen to people outside of your company,” he said.

And working together is important because it is necessary to collaborate to fix bugs and advance the project. Hohndel believes the most dangerous thing is taking things behind closed doors because it causes atrophy in the community.

“Open source is fascinating because people trust each other and share goals to create great software. Success comes from valuing, building trust and engaging with them [the community],” he said.

Containers and cloud for 2017

The outlook for 2017 is bright for Hohndel, who is ready to energize the open-source savvy engineers who are already at the company and bring on “rock stars” in the industry to help the company grow faster while mentoring existing employees. He believes that creating change excites an organization and shifts the way it thinks of itself and operates.

VMware will continue to work with containers and cloud with the open-source community. Hohndel’s ultimate aim is to take things that were cool last year and make them production ready.

“Open source is so pervasive in this industry that we assume large swaths of this industry is built on an open source. Production becomes proprietary infrastructure. This is where VMware fits in when you want to take something cool and exciting in open source [and] run it 24/7 reliably,” he explained.

Watch the complete video interview below, and you can check out more of SiliconANGLE and theCUBE’s coverage of VMware 2016.