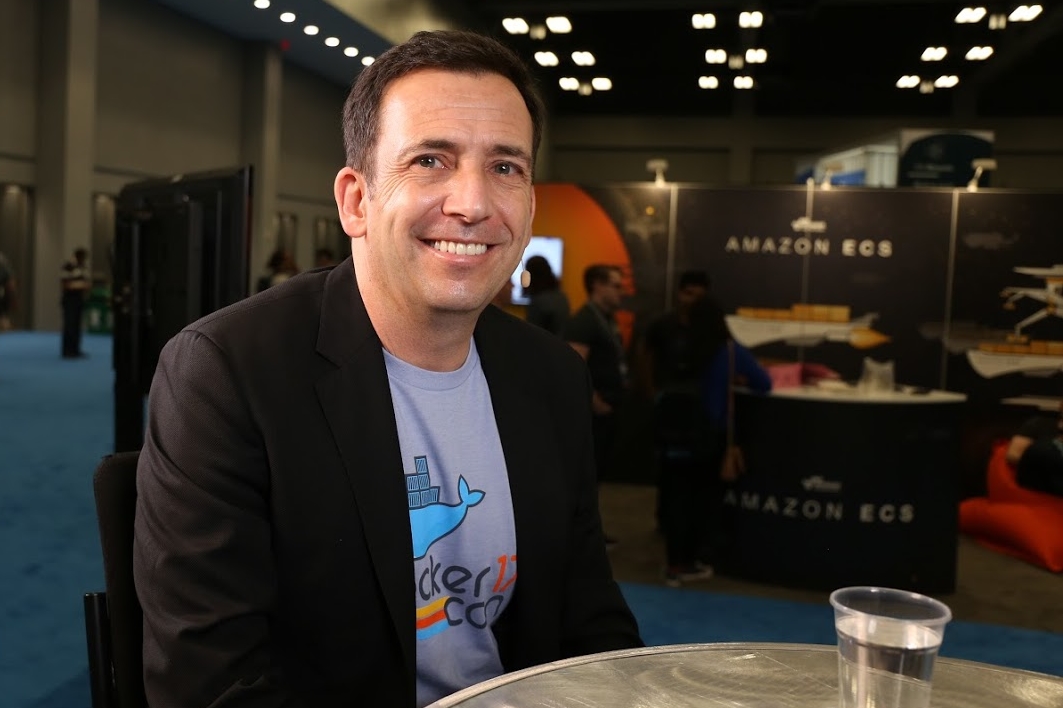 Docker ‘explodes’ in the enterprise, expands containers into new applications

As the interest in using containers for applications — a virtualization method for deploying and running software apps — expands across a wide range of businesses and industries, Docker Inc. has been moving into a number of new markets and forming new alliances, while continuing to focus on its core functionality, according to Ben Golub (pictured), chief executive officer at Docker.

But the most exciting development in the past year has been the explosion of Docker in the enterprise. “Docker’s being used to keep planes in the air, keep trains running on time … that’s very exciting for us, [and] it’s also very humbling,” said Golub.

He spoke with Stu Miniman (@stu) and James Kobielus (@jameskobielus), co-hosts of theCUBE, SiliconANGLE Media’s mobile live streaming studio, at DockerCon17 in Austin, Texas, discussing Docker’s uses, its benefits and how Docker is working to refine the services its provides. (*Disclosure below.)

“Just by taking a traditional application, putting it inside a Docker container … you’re getting better performance … without changing a single line of code,” Golub said, emphasizing how helpful many customers find “taking that traditional application and treating it in a modern way,” regardless of which business their operations are handling.

“It’s agility, but part of agility is making sure that your existing applications don’t slow you down,” Golub noted. “By focusing on the app, we actually let people choose the infrastructure that they want.”

And as customers focus on the app, or on the container, they’re freed to reconsider their approaches to security, networking, compliance and other aspects, he said. According to Golub, while that initial reworking does take some time, once it’s reconfigured, things go considerably faster.

Golub also discussed the agnostic stance Docker has taken in regards to cloud dependency, saying that the company was open to developers aiming their creations at cloud-native environments, or any other direction; though he did say that “Docker actually helps bring them into the cloud-native space.”

In his perspective, the flexibility made possible through Docker helps keep people from worrying about which specific cloud platform they’ll be on five years from now, opening their design and development up to more possibilities and that, correspondingly, “We’ll meet the customer wherever they want to start.”

“If you invest in the customer, they’re going to invest in you,” Golub stated.

Watch the complete video interview below, and be sure to check out more of SiliconANGLE’s and theCUBE’s independent editorial coverage of DockerCon US 2017 Austin. (*Disclosure: Docker Inc. sponsors some DockerCon segments on SiliconANGLE Media’s theCUBE. Neither Docker nor other sponsors have editorial control over content on theCUBE or SiliconANGLE.)