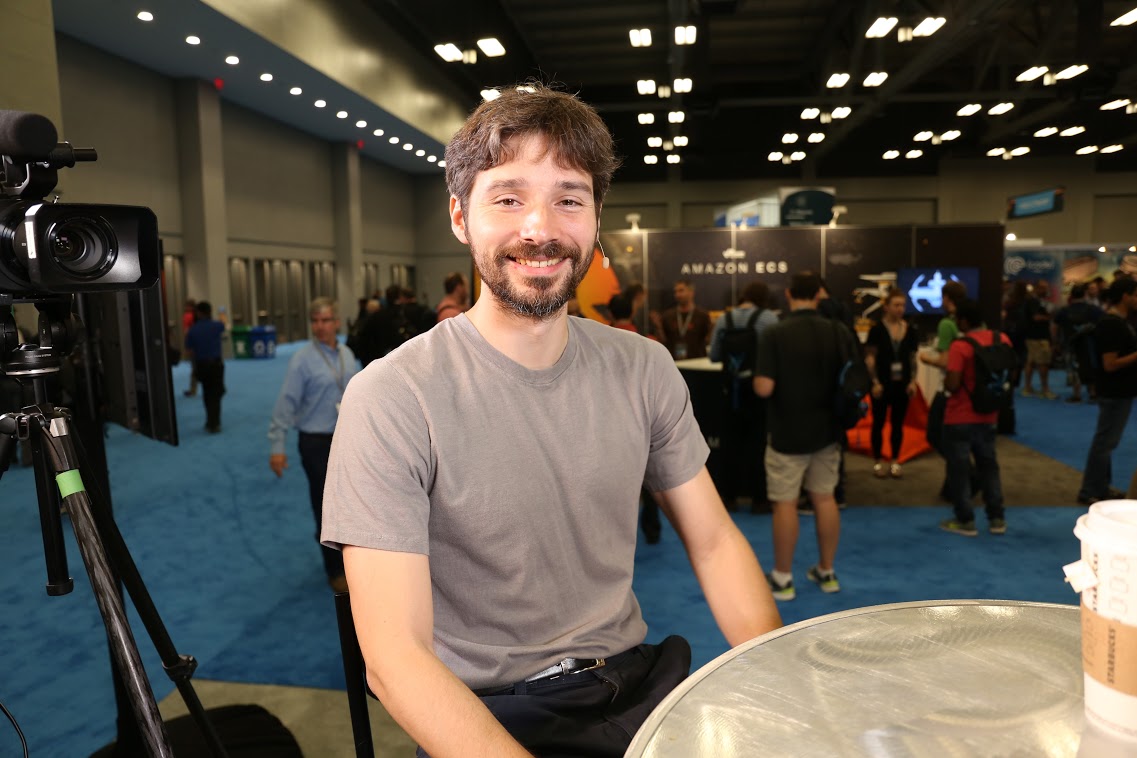 Open collaboration is the heart and soul of Docker the business

Since it was first conceived, Docker has been by design both an open-source project and a marketable product, according to Solomon Hykes (pictured), founder and chief technical officer at Docker Inc. Hykes attributes the success of Docker the product to Docker the project, as well as the fact that the platform has had a completely open and transparent development.

“We launched Docker and made it a product and an open-source project all rolled into one,” explained Hykes. “We … adopted this hybrid model of building a product that would help people be more efficient, developers and [operations], and at the same time we would develop that in the open. And that really helped us.”

Hykes talked about how the open nature of Docker is driving not only the success of the product, but also what that product actually is.

The open nature of Docker has spawned an enormous ecosystem where developers can create modules with the functionality they need, in the open. They can then collaborate with other developers within the community to assemble their individual creations with those of other developers to create new and unique components. It is this free and open exchange of ideas that makes Docker what it is, Hykes explained.

One of the biggest announcements at DockerCon was the new Moby Project, a new open-source effort that seeks to advance software containerization and bring it into the mainstream. Moby uses the Docker ecosystem and takes advantage of the close collaborations between developers to create the Docker product, which can be sold to consumers.

“So basically we’re saying Moby is for open-source collaboration; it’s our project … and Docker is the product that integrates that open project into something that people can consume that’s simple,” explained Hykes. “Now with the Moby Project, there’s a place to assemble in the open, start the assembly in the open, so that other companies, the broader ecosystem, can collaborate in the assembly and kind of experiment with how things fit together.”

Watch the complete video interview below, and be sure to check out more of SiliconANGLE’s and theCUBE’s independent editorial coverage of DockerCon US 2017 Austin. (*Disclosure: Docker Inc. sponsors some DockerCon segments on SiliconANGLE Media’s theCUBE. Neither Docker nor other sponsors have editorial control over content on theCUBE or SiliconANGLE.)