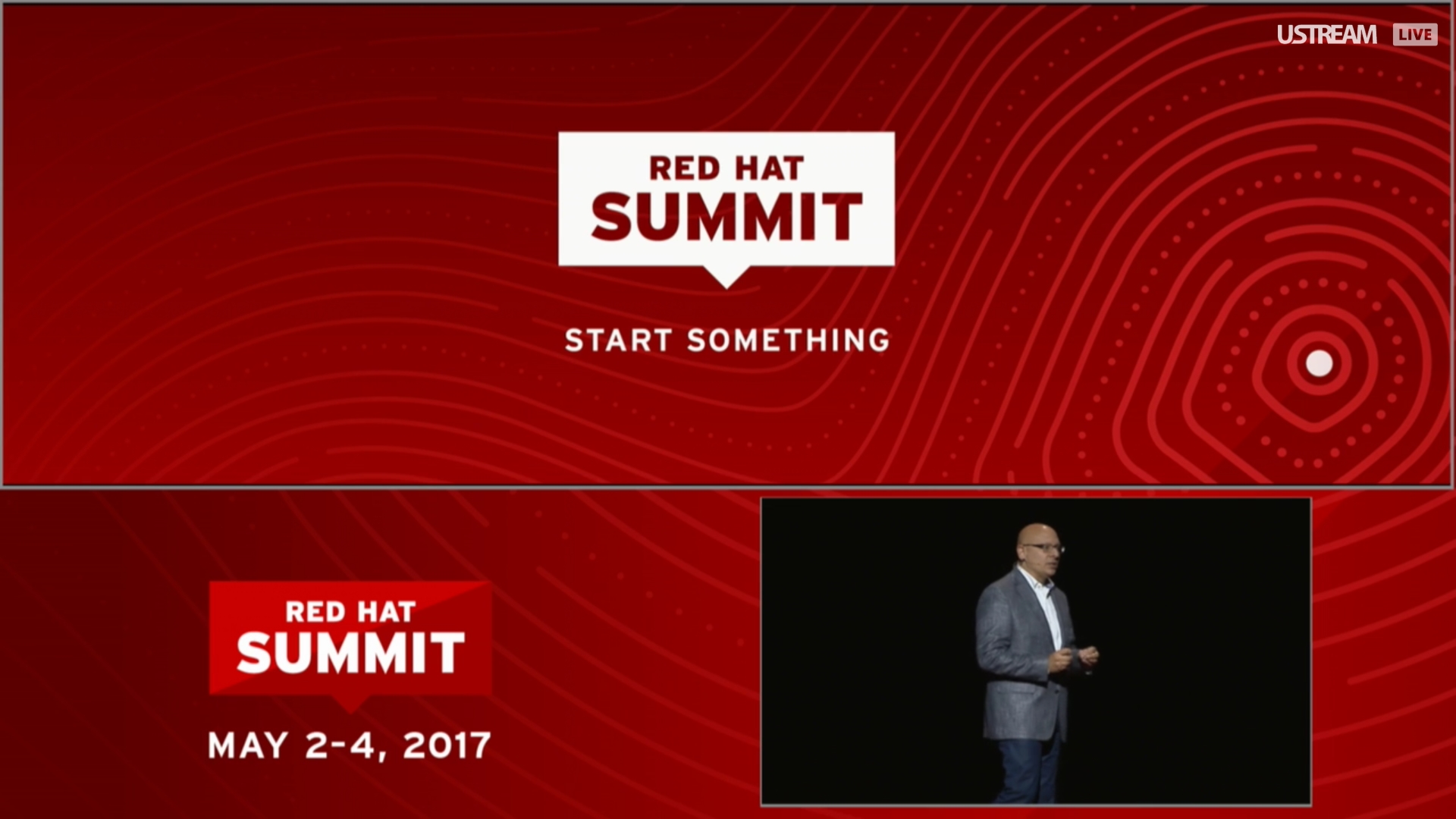 Fusing the distant past into the present and future, speakers from telecom companies Sprint Corp. and Ericsson — both founded in the 1800s — spoke onstage during a keynote at Red Hat Summit in Boston, Massachusetts. Along with infrastructure legacy brands Hewlett Packard Enterprise Development LP and Dell-EMC, they revealed how they’ll continue to innovate with collaboration from relative newcomers like Red Hat, Inc.

A crucial step into the future is breaking down the walls within an organization’s culture to match the growing openness of technology itself, said John Felton, vice president of IT applications and operations at Sprint. “What we hope to be able to do is give a culture to our technical teams that doesn’t put you in stove pipes like they are today,” he said.

In fact, this is a good practice for any company at any time, since there can never be too much communication among staffers, Felton stated. “I can’t tell you how many times I run into problems where an individual will say, ‘If I just do it myself, it will be perfect.’ And when we go and pull that code, we take down the entire East Coast of all our retail stores,” he told attendees.

Implementation of tech as complicated as Sprint’s telecom networks must provide for human error. “When you’re putting in a piece of code that’s 27 characters long, people make mistakes,” Felton added.

An integrated culture is indispensable as Sprint adapts to evolving network technology. Like other telecom companies, Sprint is experiencing growing pains as it readies itself for major innovations like 5G and Network Function Virtualization.

Sprint is working with open-source provider Red Hat on automation and integration of its entire stack, “making sure that whatever we’re doing, however we’re packaging it, that all the individuals in the stack know every component — that will be the only way NFV will be successful for us,” Felton explained.

And what stack allows swift enough communication among all parts to make this possible? It might be Red Hat’s OpenStack, according to Armughan Ahmad, senior vice president and general manager of solutions and alliances at Dell EMC.

“We actually spent the first week going over hardware and all the reference architecture and all the documentation,” Black said. As for the actual time to to deploy, “we were able to deploy both data centers in the same day — I would say they took about three hours,” he said.

Continuing on the theme of all-important customer satisfaction, Jay Jamison, vice president of strategy, software defined and cloud division, at Hewlett Packard Enterprise Development LP, spoke about what it means to be a legacy company in the open-source world.

“Customers are saying, ‘Look, if you really need to sell me something proprietary, you better be able to prove to me why I can’t have it open source,'” he said.

The answer may be in the single pane of glass desired by so many enterprises who find they are spoilt for choice with open-source cloud, Software as a Service, Internet of Things, containers and so forth. “Really, the core question is: How does it all fit in?” Jamison asked. “We really think about the imperative of delivering solutions and not silos.”

HPE has linked its infrastructure management platform OneView with Red Hat’s application automation platform Ansible to consolidate workflows into a single frame for customers, Jamison said. This represents a meeting of legacies’ strength in shuttling businesses to value quickly and open-source’s wide portfolio of new code, he added.