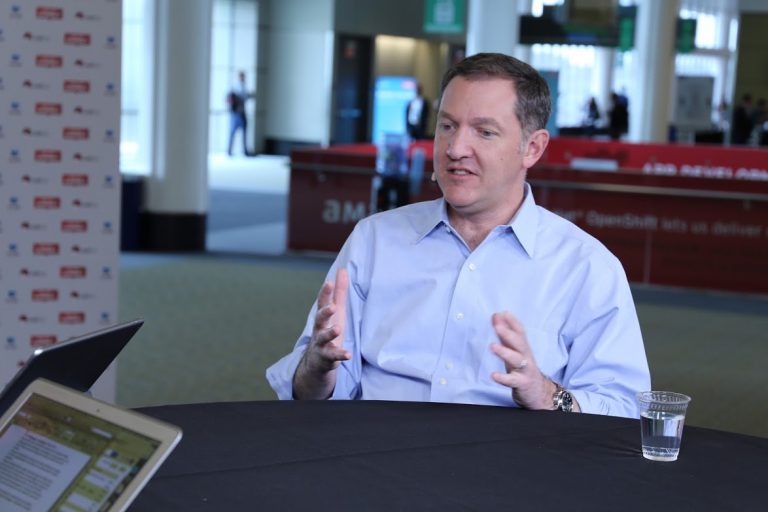 “We don’t select technology; we select communities. And I think that’s a really important subtlety,” Whitehurst said today at the Red Hat Summit in Boston, Massachusetts. Red Hat did not choose to contribute to the OpenStack cloud operating system because it was a better technology than Apache CloudStack or any other infrastructure as a service, but because it had the most users contributing to it, he said.

Red Hat did not do tons of research to prove that Kubernetes was better than other container platforms like Cloud Foundry Diego or Docker Swarm; they saw that Kubernetes had the largest number of people working on it, and that made up their minds.

Aside from a large hive of human minds, another key to open-source success is a politics-free commitment to the best ideas, wherever they come from, Whitehurst explained. “They all have to have a common element about being open and committing to being open and truly being a meritocracy, because if the best ideas don’t win, that’s when communities fall apart,” he said.

Wisely contributing to open-source communities is almost like hiring a slew of developers to improve your product for free, Whitehurst stated. “The reason we’re the second largest contributor to Kubernetes isn’t just because we’re nice people — it’s because we’re trying to drive enterprise needs into these projects,” he added.

Red Hat just announced a partnership with Amazon.com Inc. that will give its many OpenShift enterprise customers access to thousands of AWS services on their choice of infrastructure, not just Amazon’s cloud. (OpenShift is Red Hat’s container application platform.) Simultaneously, developers on Amazon Web Services will be exposed to Red Hat technologies.

This deal was born from a breakfast conversation Whitehurst had in January with AWS CEO Andy Jassy, with whom Whitehurst seems to share a customer-first philosophy.

“We were, literally, Sunday night still getting the final contract done. But I would say, when you have a really clear, differentiated source of value for customers, the deal came together, I think, relatively quickly,” Whitehurst said.

As for open-source competitors, Whitehurst displayed a relaxed attitude and said he is thrilled to see Cloudera and others go public. “Don’t think about it as selling IP” is his advice. Education is content and about 50 other things, and that is a good analogy for a software solution built on open source: Free content and some totally unique value-adds, Whitehurst explained.

This a smart way for media companies and others to think about monetizing in the future, which will require new, digital business models, he said.

“So much of what you’re seeing in open source is really a byproduct of what Google and Facebook and others are doing, so the best innovation’s going to come there. And you’ve got to figure out business models that work for it,” Whitehurst concluded.