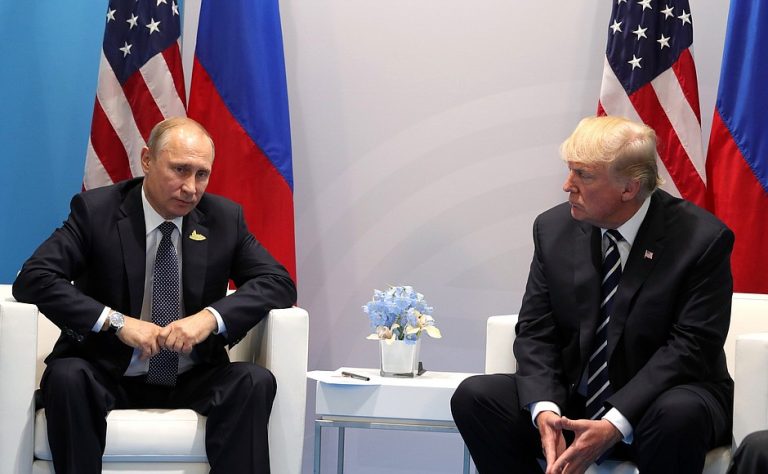 Only hours after Donald Trump said he had discussed working with Russian President Vladimir Putin on forming a joint cybersecurity unit, the President Sunday backtracked amid a hailstorm of criticism of the idea.

Exactly what form the multilateral unit would take or when it might happen was not clear. President Trump said only on Twitter that “Putin & I discussed forming an impenetrable Cyber Security unit so that election hacking, & many other negative things, will be guarded.”

The reference to election hacking refers to allegations by dozens of U.S. intelligence officials that Russia, or agents acting on behalf of the Russian government, attempted to influence the 2016 Presidential Election including breaking into the database of the Democratic National Committee as well as targeting voting systems in as many as 39 states.

But by late Sunday, Trump seemingly reversed course on the proposal, saying publicly that the cybersecurity unit may not go ahead at all. “The fact that President Putin and I discussed a Cyber Security unit doesn’t mean I think it can happen. It can’t,” the President said on Twitter.

In any case, the move to embrace a level of détente between the two nuclear-armed powers received decidedly mixed responses, with the negative ones coming even from fellow Republicans apparently carrying the day.

“What we want to make sure is that we coordinate with Russia, that we’re focused on cybersecurity together, that we make sure that they never interfere in any Democratic elections or conduct any cybersecurity,”  Treasury Secretary Steven Mnuchin told ABC News. “And this is like any other strategic alliance, whether we’re doing military exercises with our allies or anything else. This is about having capabilities to make sure that we both fight cyber together, which I think is a very significant accomplishment for President Trump.”

Secretary of State Rex Tillerson said that it was important to engage Russia on cybersecurity issues as the relationship between the two countries is “too important” to end the dialogue. “That is why we’ve agreed to continue engagement and discussion around how do we secure a commitment that the Russian government has no intention of and will not interfere in our affairs in the future, nor the affairs of others,” Tillserson added.

Some nonpolitical experts also backed the plan. Michael Sulmeyer, project director of the Belfer Center Cyber Security Project, told Mother Jones that “it’s usually always better to be talking than not talking…. No matter how far apart we are, I’d rather have a way of talking with them and hearing about it and having some insight than having none at all. It may be two-faced, it may be duplicitous, who knows. But I’d rather have something in terms of a line of communication than nothing.”

Others on both sides of politics were far less supportive. Sen. Marco Rubio (R-Florida) said on Twitter that “partnering with Putin on a “Cyber Security Unit” is akin to partnering with Assad on a “Chemical Weapons Unit,” while Representative Eric Swalwell (D-California) said that “this is like giving the alarm code to the guys who just burglarized your home. Just make it easier for them next time.”

Graham added that “when it comes to Russia, he’s got a blind spot … To forgive and forget when it comes to Putin regarding cyberattacks is to empower Putin, and that’s exactly what he’s doing.”

Rep. Adam B. Schiff (D-California) also told NBC that it wasn’t yet time to move on, as Trump suggested. “And I don’t think we can expect the Russians to be any kind of a credible partner in some cybersecurity unit. I think that would be dangerously naive for this country. If that’s our best election defense, we might as well just mail our ballot boxes to Moscow.”

Without commenting on whether the idea was a sound one or not, one organization offered its services. Wikileaks suggested that founder Julian Assange could lead the group. “Why not put @JulianAssange in charge of it? He’s trusted by the public and has the CIA’s best stuff anyway,” the group said on Twitter.