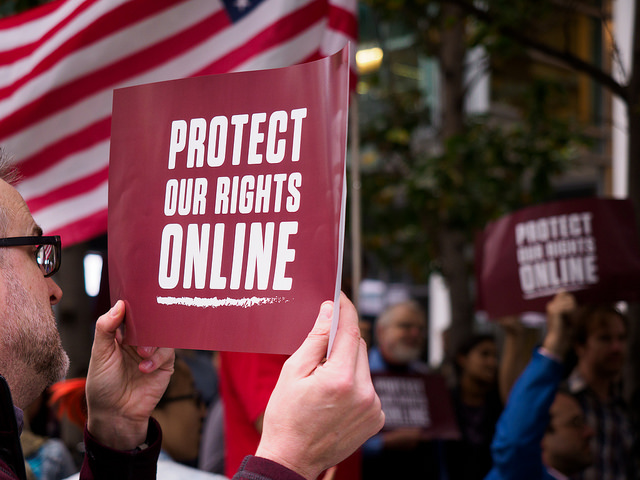 The FCC’s net neutrality proposal is here, and it’s just what the critics feared

If you haven’t seen a meme over the last 24 hours relating to outrage over the scrapping of net neutrality rules, your cyberspace must be a very small world.

In spite of the tide of the general public’s enmity towards the changes, it hasn’t always been clear what exactly will change and how it will affect consumers. The good news is that the Federal Communications Commission has now released its final draft. The bad news is that it’s as bad as folks thought it would be.

The 210-page document makes it clear that most of the net neutrality rules and consumer safety nets that were put in place under the Obama administration will indeed be removed. In short, the nightmare scenario of net neutrality backers that internet service providers will be able to block, throttle and create fast and slow lanes is coming soon to an Internet connection near you.

And, the truth about @AjitPaiFCC’s  #NetNeutrality scheme comes into focus.

He’s willing to throw our free society on the bonfire so NBCUniversal won’t get Seinfeld reruns pirated. https://t.co/1DiEKK9Etc

For its part, the FCC has tried to quell fears, stating that whenever an ISP does play around with bandwidth, it will have to be transparent about it. The commission has also promised to be a watchful gatekeeper that protects the public from being hurt by ISP shenanigans.

Why are the rules changing? In the proposal, the FFC stated numerous times that it had been “misguided” in the past. The changes, it said, will “facilitate critical broadband investment and innovation by removing regulatory uncertainty and lowering compliance costs.”

This won’t hurt tech titans w deep pockets. They can afford to pay all the trolls under the bridge.  But the entrepreneurs & innovators who truly make the Internet great won’t be so lucky.  It will be harder for them to compete. https://t.co/8k65AVdZ2b

Some critics have asked, however, that if your internet provider suddenly ups its prices and starts meddling with bandwidth, what can the FCC do? The proposal also said states and localities will not be able to adopt their own consumer protection laws.

The FCC contends that there is no need for consumer protections because it now acts as watchdog. “The transparency requirement we adopt, together with antitrust and consumer protection laws, ensures that consumers have means to take remedial action if an ISP engages in behavior inconsistent with an open internet,” according to the proposal.

The FCC also attempted to placate its critics by stating that ISPs will not be able to favor their own content over others’ content because ISPs can’t compete with such web companies’ size.  Moreover, if ISPs favor the big players over the small players, the FCC said, antitrust laws will come into action.

As for American consumers, it doesn’t seem to matter what they want. Reddit has been bristling with criticism of the changes, and the gist of the story is that most consumers fear one thing that could be in the cards for them: The possibility that they’re going to end up paying more money to watch content they want, while an invisible hand manipulates what they watch.

On perhaps a more positive note, some ISPs have vowed not to throttle or meddle with content. Comcast Corp. Executive Vice President David Cohen said regardless of the new freedoms given to ISPs, “we do not and will not block, throttle, or discriminate against lawful content – and we will be transparent with our customers about these policies.”

Not surprisingly, critics of the new policy are not convinced: