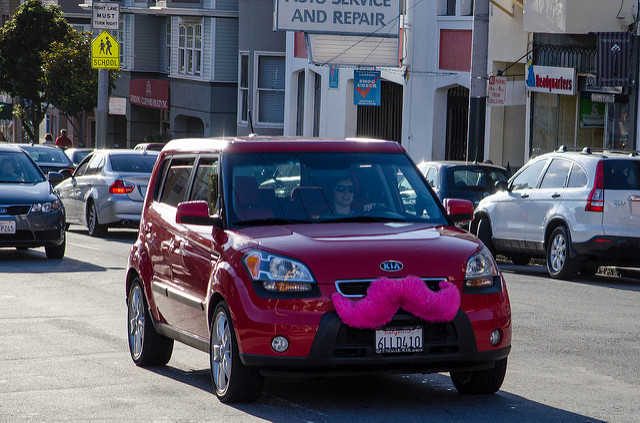 After Uber’s mammoth funding round, Lyft looks to raise $500M

It seems that the ride-hailing market is on track to see yet another major funding round in the foreseeable future.

On Wednesday night, Axios was tipped off that Lyft Inc. had quietly filed paperwork to raise new capital. The share authorization document was submitted to regulators in Delaware and specifies that the company is seeking up to $500 million, which a spokesperson has confirmed.

Lyft’s filing comes less than two weeks after Uber Technologies Inc. secured a funding round from SoftBank Group Corp. reportedly valued at up to $10 billion. A month earlier, Lyft picked up a $1 billion investment of its own that was led by Alphabet Inc.’s CapitalG fund.

The spokesperson who confirmed the fundraising effort to Axios said that Lyft plans to “further accelerate our commitment to serving passengers and drivers.” More details will likely be shared only once the round is closed. However, it’s clear why Lyft needs the capital.

The ride-hailing startup is currently pursuing two ambitious projects that could prove quite costly on the long run. First, it’s working to put autonomous taxis on the road as part of a pilot program that is expected to launch in the Bay Area “soon.” News broke on Wednesday that Lyft has received a license to operate self-driving cars in California, which gives the initiative a clear path forward from a regulatory standpoint.

Taking its robotaxi vision beyond the pilot stage will require Lyft to make significant investments, especially if it wishes to keep up with the competition. Uber recently placed a $1.4 billion order with Volvo Cars Corp. for 24,000 sport utility vehicles that are set to form the backbone of a new autonomous shuttle fleet.

The second initiative that might benefit from the new funding round, in turn, is Lyft’s international push. Earlier this month, it announced plans to start serving users from Toronto after operating exclusively in the U.S. for five years. The move may be the first step of a broader global expansion that could certainly be speeded up with an extra $500 million.

Regardless of exactly how Lyft intends to invest the capital, having more cash in the bank will give the leadership team extra time to shore up its balance sheet before hitting the stock exchange. The company has reportedly started making early preparations for an eventual public offering.