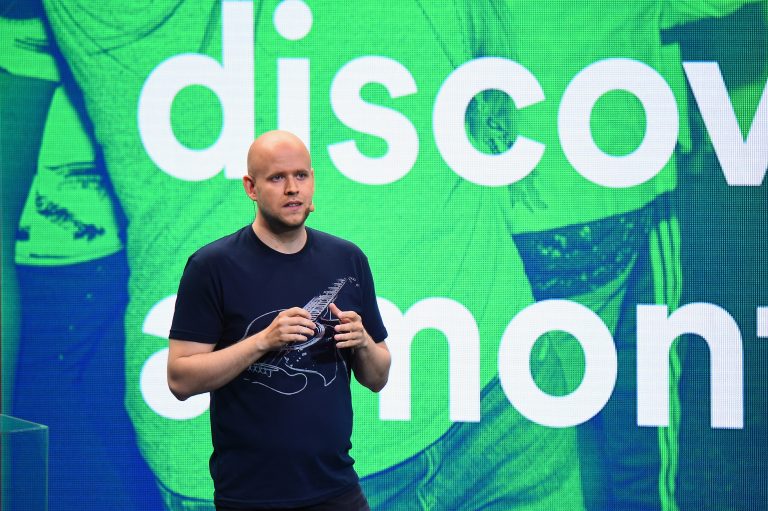 Rather than raising funds through an IPO, Spotify will instead public through what is known as a direct listing. That means that Spotify’s existing shareholders, which include employees and investors, will be able to list their shares directly to the New York Stock Exchange without going through an underwriter.

Spotify said in its filing that directly listing is “a novel method for commencing public trading,” and the company admitted that the volume and price of its shares “may be more volatile than if our ordinary shares were initially listed in connection with an underwritten initial public offering.”

Spotify’s paperwork also revealed some details about its subscriber numbers and its finances. The company said its platform boasts more than 159 million monthly active users and more than 79 million premium subscribers as of the end of 2017, which Spotify believes is “nearly double the scale of our closest competitor, Apple Music.” Spotify claimed that its monthly user base has grown by 29 percent year-over-year since December, and its premium subscribers have grown 46 percent.

Although Spotify’s user numbers seem to be strong, the company’s finances are a bit more troubling. Last year the company posted total revenue of just under $5 billion, but its net loss was more than $1.5 billion. That’s significantly higher than the previous year, but a large proportion of those losses were from nonrecurring expenses related to the $1 billion in convertible debt that Spotify raised in 2016 from Chinese media giant Tencent Holdings Ltd. As part of that deal, Tencent agreed not to transfer its shares for three years.

The mixed picture may make for difficult decisions by investors, Rohit Kulkarni, managing director of SharesPost Private Investment Research, said in an email. “A key positive surprise in Spotify’s financials is the magnitude of the uptick in gross profit margin from 2016 to 2017,” he said. ” Effectively, Spotify’s gross profits have accelerated to 100%+ growth in past twelve months.”

But with the slowing growth, “investors will have a challenging task to balance the importance of top-line growth with Spotify’s growing profitability potential.” He added that if Spotify indeed turns out to be something like the “Netflix of music,” its initial valuation could easily top $25 billion. According to Reuters, Spotify is currently valued at between $16.8 billion and $22.5 billion.

“We know that if we’re going to succeed as a company and as an industry, we have to think, build, plan, and imagine for the long-term,” Spotify Chief Executive Daniel Ek (pictured) said in a letter that accompanied the company’s filing. “To build a better world by unlocking human creativity, we are committed to creating a better experience for users — and to enabling more creators to live off their work. We firmly believe that in the long run, these priorities will provide greater returns to all of our stakeholders.”

Spotify’s shares will be listed under the symbol “SPOT” on the NYSE.