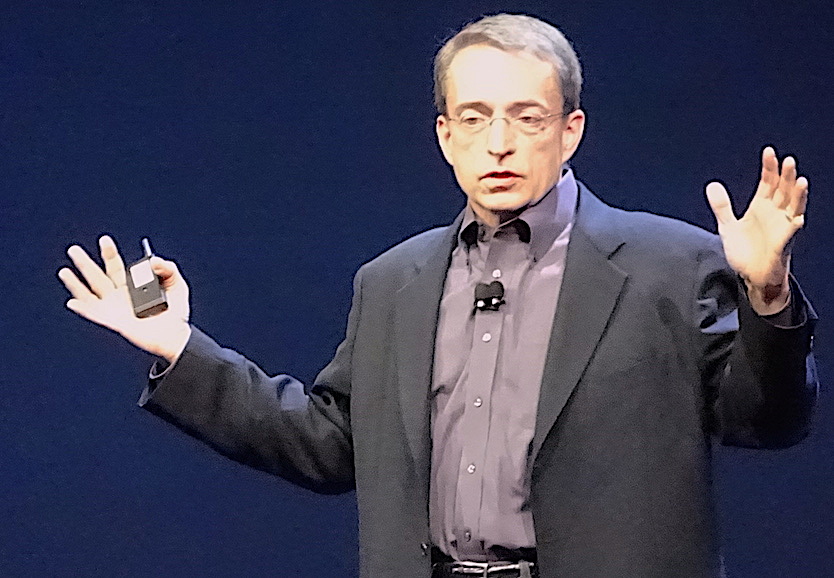 VMware Inc. beat forecasts for its fiscal fourth-quarter results, but the news did nothing to ease the beating the stock took today.

That’s because of news earlier today that Dell Technologies Inc. had filed a report with the Securities and Exchange Commission that indicated it may go ahead with a reverse merger with VMware that would make Dell a public company once again.

CNBC reported that unnamed sources said Michael Dell and his advisers are considering an equity exchange, possibly with cash, that would merge the companies through a stock swap. A decision is believed to be at least a month away, however.

The virtualization giant’s stock price dropped more than 6 percent during the trading day amid a broader market selloff. VMware shares drifted down an additional 1 percent after hours. Investors are worried that Dell, which owns 80 percent of the company, would drag down VMware earnings because of its heavy debt load. Dell’s tracking stock rose nearly 1.5 percent on the news.

There was no reason for worry evident in the financials, though. VMware reported a fourth-quarter profit of $1.68 per share, about a nickel better than consensus estimates. Revenue rose 14 percent year-over-year, to $2.31 billion, about $50 million better than street expectations. The company also reaffirmed earlier guidance of fiscal 2019 anticipated revenues of $8.725 billion, up 11 percent from the year just concluded.

VMware executives said the company’s diversification strategy is bearing fruit as its stronghold in data center virtualization gives it a foot in the door to sell new products in areas such as network virtualization, security, end-user computing and hyperconverged infrastructure. “Customers see us as more of a critical role in their computing future,” Gelsinger said.

Among the highlights: Sales of the NSX network virtualization and security platform closed the fourth quarter on a $1.4 billion annual run rate, up 24 percent over a year ago. New bookings for the VSAN hyperconverged, software-defined storage platform doubled to reach a $600 million annual run rate. The company chalked up $400 million in revenue to “synergies with Dell Technologies,” in particular sales of VMware’s VxRail hyperconverged appliance, which had “a tremendous Q4,” Gelsinger said, without elaborating.

The company also said alliances with Amazon Web Services Inc. and IBM are now bearing fruit as customers see the better bridge from their on-premises environment to the cloud. “Customers see that they can bet more strategically on VMware because it is a unique pathway to the cloud,” Gelsinger said. “In many ways, we give them the fastest way to experience the full software-defined data center.”

“VMware is slowly but surely finding its footing in a multicloud and software-defined world,” said Patrick Moorhead, president and principal analyst at Moor Insights & Strategy. “The fruits of the investments in SDS, SDN and collaboration with AWS are starting to pay off.”

As expected, bookings for the company’s legacy on-premises licensing business declined 4 percent in the quarter and rose in the low single digits for the year. However, executives said overall license sales are actually increasing at a faster clip than overall revenue. Operating margins of 37.3 percent for the quarter were the best in the company’s history, said Chief Financial Officer Zane Rowe. “We think of margins in light of the balance between the revenue opportunity and the expense it’s driving, and we’re very happy with that balance now,” he said.

“We’re very pleased with customer enthusiasm for our cloud strategy,” he said. “We think we uniquely offer customers freedom and control in their infrastructure decisions.”