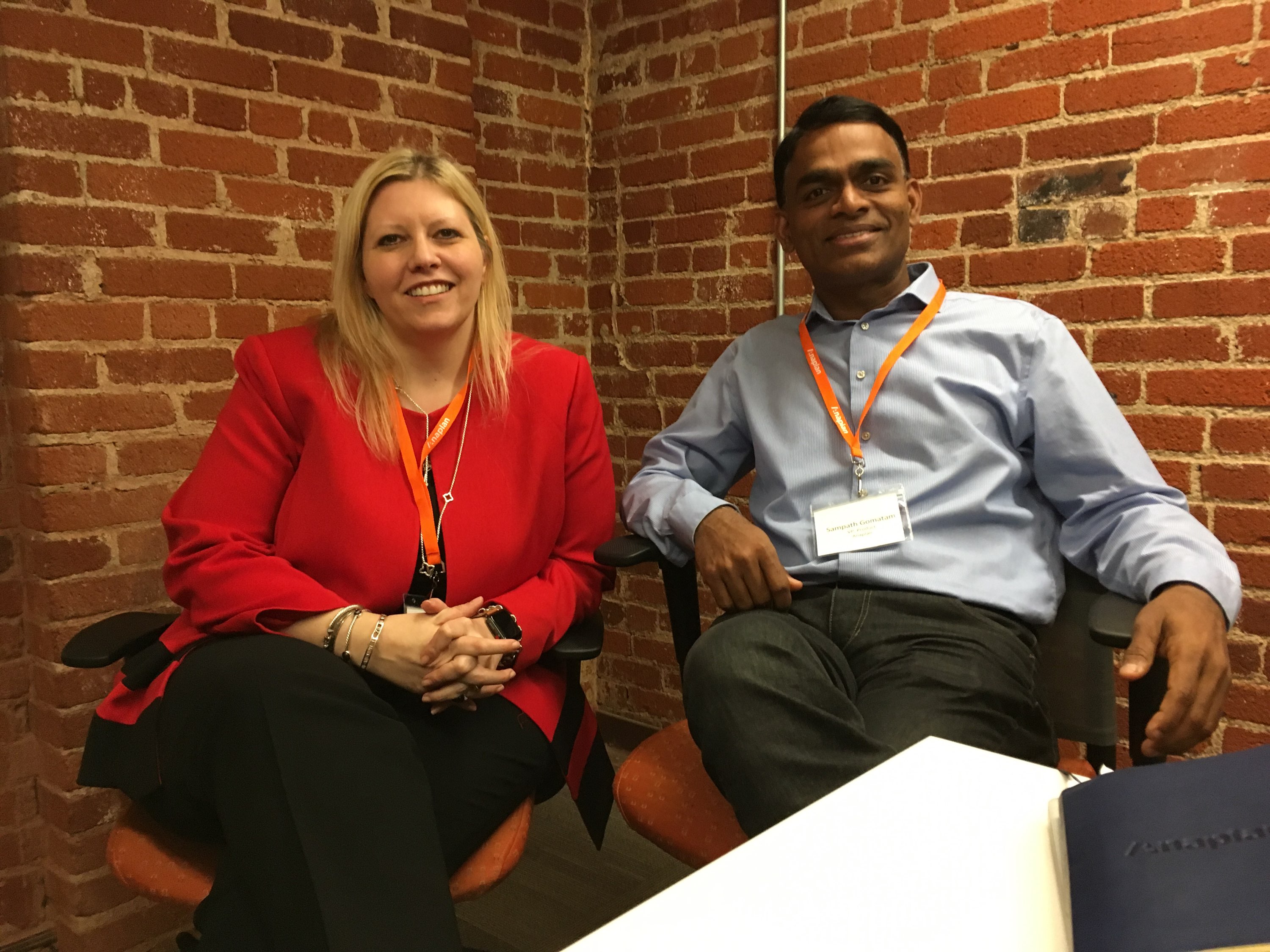 With its big bet on connected planning, Anaplan has high hopes for 2018

For a company that helps clients plan and run their businesses, Anaplan Inc. practices what it preaches. The firm’s relatively new management team is in the midst of its own planning transformation, which involves nurturing healthy growth, pursuing business overseas and adding technology to make its products smarter and more user-friendly.

With a unicorn valuation of $1.4 billion, 200 new customers over the past fiscal year and more than $200 million in billings, Anaplan enters 2018 on a wave of momentum surrounding its business planning and enterprise performance management software. From its humble beginnings in the barn of an enterprising Yorkshireman in 2006 to a Silicon Valley-based firm with more than 1,000 employees today, Anaplan is seeking to move beyond its spreadsheet technology to become the connected planning cloud of choice for the enterprise.

Today the company released details surrounding the addition of two more capabilities to its portfolio. Workflow is a new feature designed to foster collaboration by linking business process steps to individuals or groups. The Optimizer uses advanced mathematical modeling and algorithmic problem-solving to identify best outcomes for a business issue from billions of possible solutions.

Prior to today’s announcements during the annual Anaplan Hub conference in Las Vegas, Anaplan’s management team provided a look at the company’s current situation and prospects for the future in a meeting with the media at its headquarters in San Francisco last week. Executives sounded optimistic notes that the market opportunity was strong and business results were moving in the right direction.

“The growth which we’re seeing in the business is substantial,” said Anup Singh, executive vice president and chief financial officer at Anaplan.

To carve out a dominant position in the space, what Singh called the “connected planning” market, Anaplan will have to execute its own strategy which has been largely reshaped by Chief Executive Frank Calderoni since he took the company helm a year ago. A critical element of that will be making customer service a key value throughout the organization, according to Calderoni.

“That’s not always top of mind when it comes to software companies,” Calderoni said.

In addition to customer service, Anaplan is focused on expanding its business globally and tweaking its technology with new offerings such as today’s. The company recently closed a $60 million round of funding to facilitate growth in international markets. “We’re at the point right now where scale is going to be extremely important,” Calderoni said.

No plans to be acquired

As its market value has climbed above the $1 billion mark, speculation has continued over whether Anaplan would be acquired by another firm. Cloud computing giant Workday Inc. revealed its interest in Anaplan two years ago but ended up building its own planning product instead. Deep-pocketed Salesforce Inc. was also an early investor in the company.

Asked directly about the potential for being acquired, the company’s top executive shrugged it off. “We’re focused on continuing to build a successful company,” Calderoni said. “We’re not looking at any opportunities from that perspective.”

In an exclusive interview with SiliconANGLE, Sampath Gomatam (pictured, right), the company’s vice president of product, described Anaplan’s direction from a technology standpoint which can be summed up in one word: patience. The company has not dived fully into the AI or machine learning pool yet, in contrast to many other firms throughout the industry, preferring to assess customer needs first and then enhance its product portfolio to help navigate complex planning problems.

But the company recognizes that business processes are being transformed by AI-powered predictive models. Gomatam indicated that Anaplan has been hiring staff with specific expertise in machine learning.

“We see this as a journey,” Gomatam said. “We’re definitely making the investment.”

A future role in IoT

What role Anaplan will play in the expanding “internet of things” data collection world is still to be determined. Yet it’s no secret that the collection of real-time data is going to play a vital role in supply chain management as more IoT devices come online.

Gomatam indicated that Anaplan would be involved in platforms where real-time data is ingested at the edge as it affects the planning process, but did not provide specifics. He said there may be further news on this from the company later this year.

When it comes to addressing the current competitive landscape, which includes companies such as Adaptive Insights and Host Analytics, Anaplan executives were not shy about confronting the challenge.

Anaplan’s big bet is that the connected planning cloud market has the potential to become as large as other industry sectors such as Sales Cloud (Salesforce), IT Cloud (ServiceNow) or HR Cloud (Workday). “Planning is a part of every single segment of the business,” said Maria Pergolino (pictured, left), chief marketing officer at Anaplan. “This has the potential to be a Salesforce or ServiceNow.”

Unlike Hewlett-Packard, Apple or even Google, Anaplan did not get its start in a Silicon Valley garage. It began in a barn on property in the United Kingdom belonging to an ex-Cognos developer named Michael Gould, who remains involved in the company.

“It feels like we’re just scratching the surface,” Gould said. “There’s so much more than people can do with the platform.” What exactly that means will be key to Anaplan’s success in 2018.