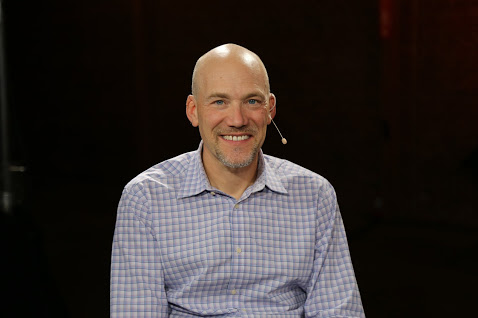 Businesses are aiming to digitally transform themselves in hopes of staying abreast of disruptive competition; the bullseye is applied artificial intelligence across a range of business processes. The tyranny of choice visited on them by vendors selling products for AI’s purpose leaves many unsure about what direction to take. Google became the richest company on earth largely due to its machine learning and AI prowess; could it be the true north to others?

“We’ve got this massive capability that we’ve built for our own products that we’re now making available for customers,” said Ron Bodkin (pictured), technical director of applied artificial intelligence at Google. This explains the rising wave of interest in the Google Cloud Platform. Google has spent major time and effort on open-source, deep learning frameworks like its own TensorFlow, specialized hardware and scalable infrastructure for machine learning. That is how it sailed to the head of the class in areas like big data analytics and AI, according to Bodkin.

“All those types of advances mean that all kinds of business processes can be reconceived of and dramatically improved with automation taking a lot of human drudgery out,” he said. “So customers are like, ‘That’s really exciting, and at Google, you’re doing that. How do we get that?'”

Google is answering with a variety of products and a guiding light in the form of its Applied AI team. Bodkin spoke with Dave Vellante (@dvellante) and Lisa Martin (@LuccaZara), co-hosts of theCUBE, SiliconANGLE Media’s mobile livestreaming studio, at the BigData SV event in San Jose, California. They discussed fumbles and field goals in big data and where to begin with digital transformation and AI.

This week, theCUBE spotlights Ron Bodkin in our Guest of the Week feature.

Bodkin got an early jump on big data in 2007 as the vice president of engineering at a startup called Quantcast Corp. The company began using the open-source, Apache Hadoop big data framework to crunch petabytes of data and perfect data science models. The potential for such technology to rock enterprise business models was palpable to Bodkin. The problem was that the available tools were not sophisticated enough to produce stellar results for most users.

“A lot of people thought that big data would be magic, that you could just dump a bunch of raw data without any effort and out would come all the answers,” Bodkin said. “That was never a realistic hope. … You have to at least have some level of structure in the data. You have to put some effort in curating the data so you have valid results.”

Big data analytics technology has mutated in the past decade; cloud elasticity and and scalability have allowed data to break out of silos — a key to meaningful analysis, Bodkin exlained. “The conversation’s changed so much, we almost forget how much things have evolved,” he stated.

Google has put a stake in the ground and committed itself to being an “AI-first” company. A little over five years ago, it conceived the 10x team — the engine driving the company’s ripsaw innovation. The team sparked a major movement toward deep learning within the company. In addition to developing deep learning algorithms, the team invested heavily in graphics processing units, massive-scale tensor processing unit and other specialized hardware. The deadly combo resulted in a machine-learning machete that slashed through long-standing problems, Bodkin pointed out. It is now central to a wide range of Google products, from search and advertising to keyword-based photo search.

The 10x philosophy sets the bar right up in the stratosphere at 10 times improvement over the competition, according to Bodkin. When they set out on a project, they embrace a bit of recklessness in service of that goal. This doesn’t always result in gold-embossed sure things. Less-than-practical moonshots like Google Glass come to mind.

But those fallen arrows are a fair price to pay for eventual kills like Gmail, which came from a hare-brained project, according to Bodkin.

This is the wisdom Google is proselytizing to companies that wish to emulate it. It is doing so through its product offerings and its Applied AI team. “The Applied AI team is really about, how do we help customers drive 10x opportunities with machine learning, partnering with Google?” Bodkin said. It is not all about plug-and-play technology or well-defined road maps.

“I also think that you can’t really predict what’s going to work, but there’s a lot of interesting ideas, and many of them won’t pan out,” he said. “But the more you have a culture of failing fast and trying things and at least being open to the data, and give it a shot, and say is this crazy thing going to work?”

Start small and full steam ahead

Is prudence to blame for the big data analytics failure rate at companies? Some analysts claim that projects are imploding at a rate of 85 percent. Could the daredevil approach jolt data analytics projects from their stupor? It depends. Bodkin does not advocate that companies bite off more than they can chew. Instead, he advocates that companies start with a project of manageable proportion and bring an adventurous spirit to it. Others technology experts echo this advice.

“The truth is, for many organizations, starting small is a much more fruitful (and lower-cost) exercise than bringing in heavyweight tools and consultants,” according to Wolf Ruzicka, chairman of EastBanc Technologies LLC, wrote on DZone.com. “Time and again, we have seen some of the most valuable business insights derived from surprisingly small datasets. It’s time to focus not on big data, but on the right data at the right time and find a way to ask the right questions of that data.”

They ought not overthink the starting point, and simply go with their guts, Bodkin stated. “What’s a true north? What’s an area where you can start investing and get impact and start the journey, start to do pilots, start to get something going?” he asked. “When companies get started with the right first project and get some success, they can build on that success and invest more, whereas if you’re not experimenting and trying things and moving, you’re never going to get there.”

Watch the complete video interview below, and be sure to check out more of SiliconANGLE’s and theCUBE’s coverage of the BigData SV event.