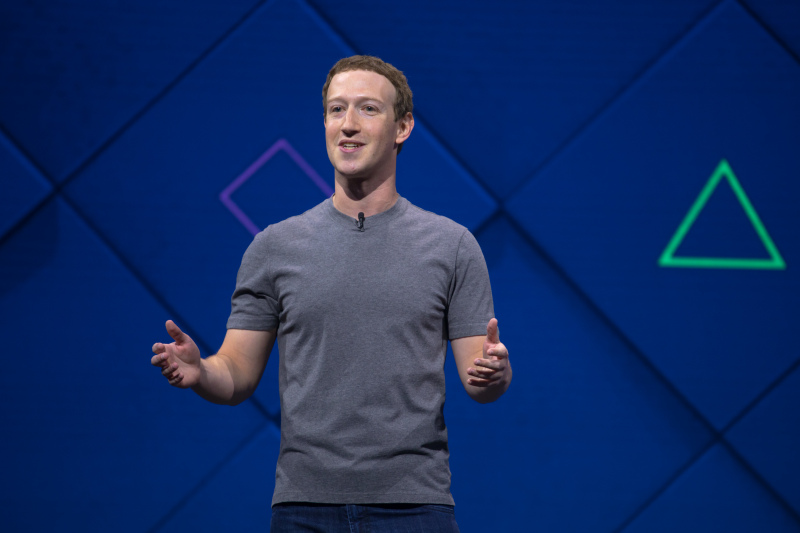 Facebook Inc. has a data problem. With more than 2 billion monthly active users, Facebook collects a staggering amount of data on users, and following the recent scandal involving data mining firm Cambridge Analytica, the social networking giant’s practices have come under scrutiny from the media and government agencies alike.

Mark Zuckerberg (pictured), chairman and chief executive of Facebook, today in a phone conference with the press sought to address how the company plans to protect user privacy and discourage election tampering in the future.

“First, how do we help people keep their data under control, and second, how do we make sure our systems are not used to undermine democracy?” Zuckerberg said. He also added that going forward, Facebook would be adopting a far broader context for the company’s own responsibility to its users. “It’s clear now we did not focus enough on preventing abuse.”

During the call, Zuckerberg noted that he will be speaking to the U.S. Congress House Committee on April 11 about recent concerns. No doubt there will be even more sharp questions given that the company has updated the number of users affected by Cambridge Analytica to a conservative maximum of 87 million.

In reaction to what Facebook calls misuse of its application programming interfaces, tools used by apps to access services and data, many of these APIs will now be heavily restricted. Details on what APIs are affected – which range from Events, Groups and Pages – were outlined today by Facebook Chief Technology Officer Mike Schroepfer on Facebook’s blog.

One particular system, search and account discovery, which allows users to discover other users’ public personal pages by inputting a phone number or email address has been entirely disabled. Zuckerberg said that although this was an extensively used feature, malicious actors had been using it to scrape information from Facebook in spite of the company’s attempts to limit access.

Other systems will receive extensive restrictions on the sort of data they share outside of Facebook itself and erase logs of phone call and text information stored on the platform that’s more than a year old.

Zuckerberg said that about a year ago, Facebook began to audit and examine how its systems were being used by what he called “bad actors” in order to influence users and nations. He said that this led the development of artificial intelligence tools to identify fake accounts, fact checkers and the hiring of over 15,000 employees to examine content.

He identified three categories of bad actors using Facebook’s platform in order to manipulate users or effect change: the first, economic actors, who are basically spammers seeking to get people to buy products or sign up for services; the second, government interference, such as election fraud, Zuckerberg said must be viewed as a security problem; and finally, what many would refer to as the spread of “fake news.”

For economic actors, Zuckerberg said that for them it’s similar to people who tried to get people to purchase Viagra over email in the 1990s. On Facebook, they are not ideological in nature but instead publish something sensational, or “clickbait,” in order to funnel people to view their ads. Facebook would limit their potential harm by denying them access to ad networks and reducing the distribution of their content.

When it comes to government interference, like tampering with elections, Zuckerberg said this is a security issue. To combat this, Facebook employees must work to identify bad actors, such as those using fake or compromised accounts in order to spread misinformation. He said that the company has deployed AI systems in the past to identify troll accounts and suspend them.

Finally, the third category is about legitimate media. To help curb this, Zuckerberg says that the company needs to do more fact checking – for example, Facebook has recently launched a fact checking initiative for the election in Mexico. He also added that much of this is not about hoaxes but political polarization. To best handle this, he said that it would be necessary to better promote what was considered trusted journalism for the affected region.

Unfortunately for Facebook, the company has a recorded history of not removing content users believed deleted. Almost every year a report appears about this behavior: “Facebook does not erase user-deleted content,” ZDNet wrote in 2010; “Turns out ‘delete’ doesn’t quite mean the same thing to Facebook as it does to you,” Digital Trends wrote in 2013; “Ever Record a Video on Facebook? Facebook Still Has It,” New York Magazine wrote in March.

Facebook claimed that last one happened because of a bug in its platform, but it seems that the social media company continues to embody the modern wisdom that nothing on the internet ever disappears.

Much of Zuckerberg’s remarks during the press call surrounded Facebook’s overarching responsibility both to its users and their own privacy and to society at large. He repeatedly spoke to a broad look at limiting how tools could use data and whose data would be accessible. He also said Facebook should do more to guide users on how to use privacy tools.

In particular, Facebook plans to do stricter reviews and audits of apps that run on Facebook’s ecosystem. Apps will go through a much tighter review process over what permissions they have for using data that flows through Facebook – and especially to limit any that would access more than what is released by the user themselves.

Starting on April 9, a link will appear above user feeds leading to a page that will show what apps are currently running on the account and what information the user has shared with those apps. People will also be able to remove apps they no longer want. This page will also notify users if their information had been inappropriately shared with Cambridge Analytica.

“Going forward, I think a lot of the new product development has already internalized this perspective of the broad responsibility we have to take to make sure our tools are used well,” Zuckerberg said. “Right now, if you take election integrity work for example, in 2016 we were behind where we need to be. We had a more traditional view of security threats and we expected phishing and exploits and didn’t expect the misinformation campaign.”

Zuckerberg said that he sees the future of user privacy on Facebook and expectations users and governments have in the company’s practices will be a long-term process. He commented that recent events and scandals, such as users affected by Cambridge Analytica, would act as a springboard for understanding how to proactively prevent similar problems in the future.

“The last thing I’ll say on this is that I wish that I could snap my fingers and in three months or six months having solved all these issues,” Zuckerberg said as part of his concluding remarks. “Given how complex Facebook is and how many systems there are and how we interact with people I think this is a multiyear effort. The good news is that we started ramping up a year ago and my hope is that by the end of this year we will have turned a corner on many of these issues and people will see things get a lot better. This is a big shift for us to take more responsibility on how all the tools are used.”