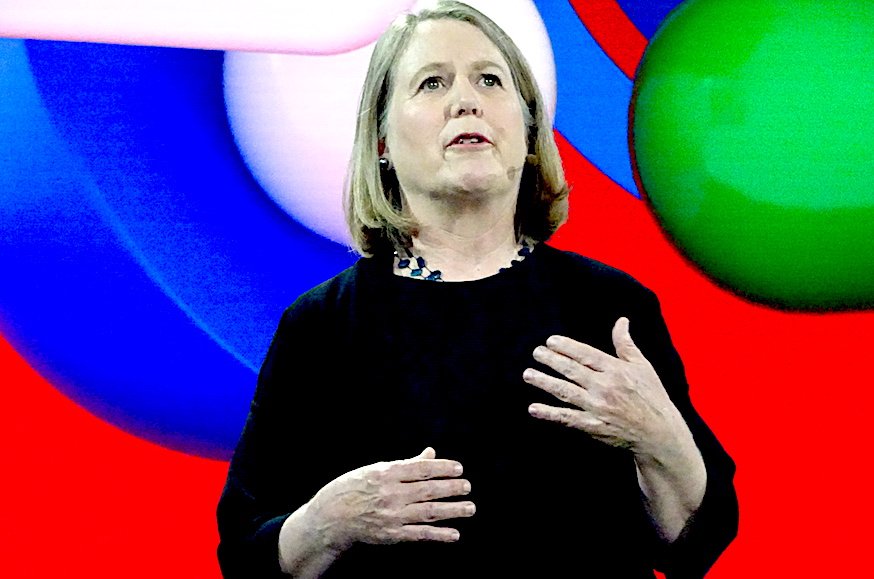 Diane Greene, the chief executive officer of Google LLC’s cloud business, is leaving the division that has been a prime focus for the company since she joined.

Greene’s surprise exit comes hot on the heels of another high-profile departure: Diane Bryant stepped down as Google Cloud’s chief operating officer in July. Bryant had joined the search giant as Greene’s top lieutenant last year after a 32-year run at Intel Corp., where she most recently headed the chipmaker’s data center business.

Both executives joined Google Cloud with the mission of helping it add more customers in the enterprise segment, a market where the company had previously struggled. Greene (pictured), a co-founder of virtualization giant VMware Inc., directed a series of major changes at the division to make it more competitive.

Some of Greene’s biggest moves included the $625 million acquisition of application programming interface specialist Apigee and the establishment of a dedicated machine learning unit. The executive has also served as a director on the board of Google parent Alphabet Inc. since 2012. Greene, who said she had planned to stay in the job for only two years rather than the three she has spent, will continue to sit on the board after leaving the CEO role.

Greene will officially step down in January and hand over the reins to Oracle Corp. veteran Thomas Kurian (below), who was the database maker’s president of product development until September. He reportedly clashed with Oracle Chairman and Chief Technology Officer Larry Ellison, who according to Bloomberg opposed Kurian’s desire to run Oracle’s applications on other clouds such as arch-rival Amazon Web Services Inc.’s.

Analysts see Kurian as a strong hire for Google. 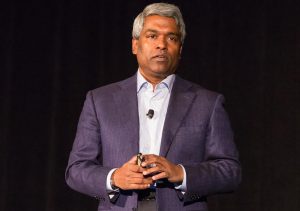 At least one Googler praised the move. William Vambenepe, the former lead project manager for Google Cloud’s data processing and analytics services now working on another project at the company, tweeted that the changing of the guard at the division “could be transformative.”

Moreover, despite making a number of acquisitions, it remains to be seen how transformative they will be. By contrast, computer and services giant IBM Corp., considered even further behind the cloud leaders, made a blockbuster $34 billion acquisition late last month of open-source pioneer Red Hat Inc., that could jumpstart its cloud efforts by giving it a pole position in key software used in the cloud.

Google has made artificial intelligence a key draw for its cloud. But even there, it ran into employee dissatisfaction with a contract with the Pentagon to help better target drone strikes. In June, it said it wouldn’t renew the project, called Maven.

For her part, Greene pointed to a raft of new product, services and organizational improvements. “When this journey started, some people would say that Google had great technology but they weren’t sure that customers would rely on Google as their enterprise partner,” she wrote. “At our recent Google Cloud Next event in San Francisco, we had over 23,000 attendees, representing 10x growth from 2016.  With nearly 300 customers speaking about how Google Cloud is helping to transform their businesses, no one was questioning our seriousness or our abilities.”

Still, the division continues to trail AWS and Microsoft Corp.’s Azure in the core cloud infrastructure market despite its efforts to court enterprises. In February, Google CEO Sundar Pichai disclosed that the company’s total cloud revenue including income from email and productivity services exceeds $1 billion per quarter, but he didn’t share a specific figure and hasn’t updated that figure since then.

For comparison, AWS’ revenue hit $6.68 billion during the three months ended Sept. 30. According to Gartner Inc., AWS had a 52 percent share of the market, while Microsoft grew its share by about half to more than 13 percent. Google saw its share rise from 2.7 percent in 2016 to 3.3 percent in 2017.

“I see Kurian to be much more compatible with Google than Greene ever could be,” Mueller said. “He is 100 percent enterprise with 22 years at Oracle, where he led the largest engineering team in enterprise software with 35,000-plus staff.”

Kurian is set to join Google Cloud on Nov. 26 and will take up the CEO position “early next year,” presumably in January when Greene is set to step down.

“With the resources Google has, one big concern is too many science projects,” Vellante said. “Kurian brings the ability to prioritize, focus resources and move fast when things change.”