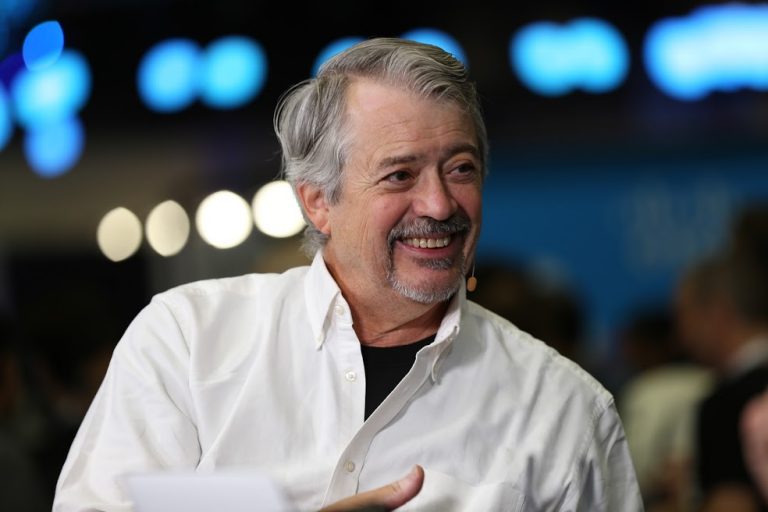 Cabling is now code: How cloud and open source fuel Cisco’s vision for the programmable network

It would not be a stretch to say that 2018 was the Year of the Cloud for Cisco Systems Inc. The networking company’s agreement in November with Amazon Web Services Inc. to provide an integrated platform connecting Kubernetes’ container orchestration management clusters across AWS and on-premises operations was just the culmination of a number of strategic, cloud-related moves.

Earlier in the year, Cisco announced that its own CloudCenter portfolio would become part of the hybrid solution under joint development with Google LLC. And the company released AppDynamics for Kubernetes to troubleshoot performance issues within clusters. Cisco also rolled out its Container Platform in August using 100 percent upstream Kubernetes.

In Cisco’s financial teleconference two months ago, Chief Executive Officer Chuck Robbins made it clear that enterprise customer transition to the cloud was a key factor in driving his company’s current growth. Since taking over the chief executive’s role in 2015, Robbins has steered the Cisco ship directly toward the north star of cloud.

“The new Cisco really is focused now on where customers are taking their computing resources, and it is in this multicloud world,” said Lew Tucker (pictured), vice president and chief technology officer of cloud computing at Cisco. “It’s making it so you can have the same environment within your data center as you have in the cloud, and then we connect the two so the information technology infrastructure is really looking like the cloud. As a networking company, this plays right into our strength.”

Tucker spoke with John Furrier (@furrier) and Stu Miniman (@stu), co-hosts of theCUBE, SiliconANGLE Media’s mobile livestreaming studio, during the KubeCon + CloudNativeCon event in Seattle, Washington. They discussed Cisco’s involvement in the open-source community, the company’s support for tools such as Kubeflow and Istio, movement of the enterprise toward network programmability, and Tucker’s future career plans. (* Disclosure below.)

This week, theCUBE features Lew Tucker as its Guest of the Week.

Cisco’s embrace of the cloud was driven partly out of necessity. As enterprise customers began to move toward buying on-demand computing resources from companies like AWS and Microsoft Corp. instead of data center hardware, Robbins and his executives realized that the company had to adapt to a new model where software and various cloud services held increasing IT power.

Mindful of the software juggernaut, Cisco has been increasing its code contributions to a number of key open-source projects. These include initiatives such as the service mesh platform Istio, FD.io, a high-performance framework for network storage, and Kubeflow, the machine learning toolkit for Kubernetes.

“We’ve entered this golden age of software,” Tucker said. “Cabling has now become code. It’s all about the software that’s being developed through the open-source community.”

Kubeflow provides an instructive example of how Cisco is carving out its role as the connective agent between public and private clouds. As a support tool for containerized machine learning, Kubeflow can simplify the production of artificial intelligence-ready microservices and facilitate their movement between Kubernetes clusters.

Ease and simplicity are the targets here. Cisco is positioning Kubeflow for enterprises seeking to research time-saving tools in public clouds and then run them on-premises.

“They want to run it in production within their own data center, and they don’t want to change a thing,” Tucker explained. “One of the big challenges is how we connect the different clouds together with your own data center. That’s why the hybrid solutions that Cisco’s driving now are specifically designed to make that easy.”

Cisco engineers have also been spending time over the past year on Istio. The open-source project, initially developed by Google, IBM Corp., and ride-sharing services company Lyft Inc., was designed to connect, manage and secure microservices.

Connecting various services is a complicated proposition that requires a level of traffic management and authentication expertise that may outstrip the skills of the developers involved. Istio takes over that process by off-loading networking to a distributed service mesh that handles secure connections and applies a consistent policy set across microservices.

It’s yet another example of how the “new” Cisco has turned to the open-source software community to solve thorny networking problems.

“The old days of going out and having people configure network switches to make connectivity or open up provisioning in firewalls, that’s behind us,” Tucker said. “The ordinary developer doesn’t have to learn all of the details about networking and security.”

Cisco’s current tailwind is network programmability, using software tools to develop network applications in programmable environments like cloud. When the announcement was made at the Structure Conference in 2010 that Tucker would be joining the Cisco team, the former Sun Microsystems Inc. executive told attendees that “we need to make the network much more programmable.”

Over eight years later, a case can be made that Cisco has done exactly that, even though the company was relatively new to cloud at the time. The company now claims more than 500,000 developers as part of its expanding DevNet community, and it has branched into multiple services using Cisco APIs.

“What has helped us all is the fact that Kubernetes has really taken off,” Tucker said. “We’re going to continue to see innovation and that’s great because we need that.”

If the hybrid cloud and Kubernetes have represented the next act for Cisco, they are also the departure point for Tucker himself. The Cisco executive confirmed during the interview that he will be leaving the company in early January to pursue a new course, one that could involve AI and bioscience.

Watch the complete video interview below, and be sure to check out more of SiliconANGLE’s and theCUBE’s coverage of the KubeCon + CloudNativeCon event. (* Disclosure: Cisco Systems Inc. sponsored this segment of theCUBE. Neither Cisco Systems nor other sponsors have editorial control over content on theCUBE or SiliconANGLE.)