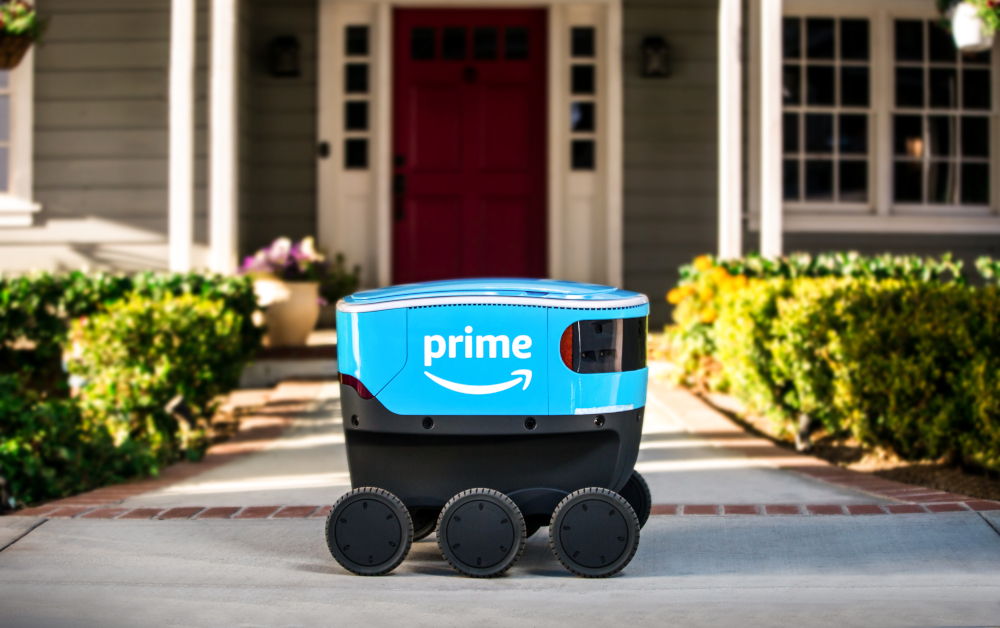 In November, Amazon.com Inc.’s cloud division debuted a miniature autonomous racer intended to provide a platform for developers to test machine learning models. Now, it’s looking like the project may have just been the side product of a far more ambitious development effort.

“How will delivery by Amazon Scout work? Customers in Snohomish County order just as they normally would and their Amazon packages will be delivered either by one of our trusted partner carriers or by Amazon Scout,” Sean Scott, Amazon’s vice president of robotics engineering, explained in today’s announcement.

The Scout rovers will make deliveries from Monday through Friday during daytime hours. Each robot will have an Amazon employee trailing it at first to deal with potential navigation issues. Scott indicated that the onboard software is sophisticated enough to steer the rover automatically around pets, pedestrians and any other obstacle it may come across on the sidewalk.

Scout adds a new dimension to the online retail giant’s autonomous delivery efforts. It joins Prime Air, a program in which Amazon engineers are experimenting with using drones to carry parcels to customers. Google LLC and several other companies are working on similar projects.

The ground-based autonomous delivery segment is no less crowded. One of the highest-profile players is Starship Technologies Inc., a startup led by Skype’s original co-founders that earlier this week announced plans to bring its six-wheeled courier to the campus of George Mason University. A more recent entrant into this segment is delivery startup Postmates Inc., which is piloting a LiDAR-powered rover called Serve.

And that’s on top of all the companies looking to use self-driving cars for parcel deliveries. Amazon’s entry into into the race may create more competition for the other players in the long run, but it could also indirectly benefit startups such as Starship by bringing more attention to this area in the venture capital community.

In the context of Amazon’s e-commerce business, meanwhile, a future fleet of autonomous package delivery robots might help boost its logistics network. The company’s fast delivery times are one of the main ways it differentiates itself from its numerous competitors. The Prime Now service, which Amazon is reportedly in the process of expanding, lets consumers in select markets have groceries shipped to their homes in as little as a half-hour.