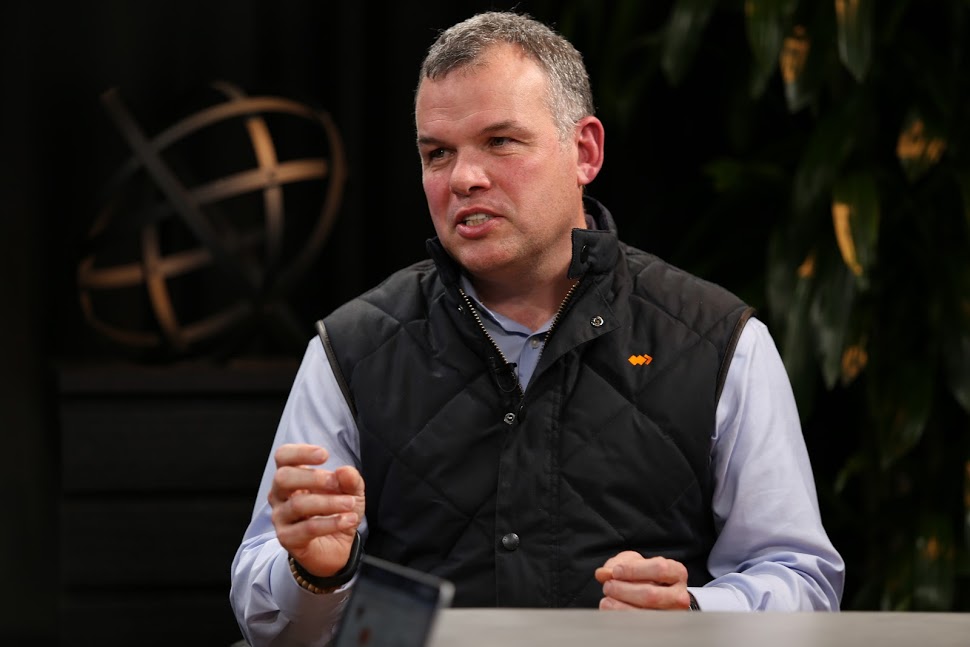 WANdisco PLC has made a big bet that the enterprise computing space over the next decade will be focused on moving massive amounts of data between multiple clouds. So far, there has been little evidence to prove the software specialist in distributed computing wrong.

A survey of attendees at AWS re:Invent in November, which was released last week, found that 58 percent of respondents were using more than one of the three largest cloud providers: Amazon Web Services Inc. Microsoft Azure and Google Cloud. More than a third were using AWS and Azure combined.

Less than a week before the AWS survey results became public, WANdisco announced general availability of LiveData for MultiCloud, the company’s distributed platform that enables large-scale data migrations and multicloud operations without disruption.

The key concept behind LiveData is that enterprises can store a replicated copy of information in multiple clouds, so if one copy fails an alternative is readily available.

“We made a pretty good bet that active-active replication, that live data, would be a critical component of both hybrid cloud and multicloud,” said David Richards (pictured), founder and chief executive officer of WANdisco. “That’s playing out really well for us.”

Watch the complete video interview with Richards below:

LiveData for MultiCloud covers regions or a mix of cloud services and on-premises storage operations, including Amazon S3, Azure Blob Storage, Dell EMC Elastic Cloud, IBM, Oracle, and Alibaba Cloud, among others. According to WANdisco, it is the only platform that can enable continuous replication of data at petabyte scale with zero information loss or downtime.

The ability to move data at petabyte scale is significant because datasets are expanding rapidly as applications become instrumental in running critical business operations.

“I can’t just lift and shift for a thousand applications running against the dataset,” Richards said. “In order to achieve the kind of scale they need, companies are going to have to do this in cloud. That was the bet we made, and it was the right bet.”

WANdisco’s recent deal flow and partnerships offer a measure of confirmation that this may indeed be the right bet. In January, the company announced its largest cloud deal with an unnamed major U.S. health insurer. The deal leveraged data migration and a co-seller relationship with Microsoft Corp. and its Azure cloud platform.

“We’re able to move petabyte scale data from their on-premises systems into the cloud without any interruption to service, without any blocking,” Richards said. “Our pipeline is now full of companies all trying to do that.”

The company has been active with other cloud providers. Earlier in January, WANdisco announced a new jointly-engineered solution with IBM Corp. to support Db2 Big SQL relational database technology. It marked the first time WANdisco’s technology had been applied to SQL data, according to company executives. The company also won a three-year contract through IBM with another healthcare provider in the U.S.

WANdisco has relationships with AWS and Alibaba Group as well. In January, WANdisco revealed that it had secured a contract with a major mobile network operator to provide its Fusion product across multiple clouds on AWS to replicate data. Last year, the company launched an original equipment manufacturer sales agreement with Alibaba Cloud, its first such arrangement in the Chinese market.

“We’re helping our enterprise clients think about their multicloud strategy so they’re not locked into any one vendor,” Horwitz said. “They’re able to take advantage of all the great innovations that are happening on the cloud first.”

Watch the complete video interview with Horwitz below:

Despite WANdisco’s recent expansion into new markets and customer wins through its partner network, the company’s LiveData solution still has competition. Google Cloud Spanner is a globally distributed NewSQL database that offers data consistency with no planned downtime.

While WANdisco executives are careful to point out that Cloud Spanner works fine in Google environments, it has limitations outside of that ecosystem. “It looks on paper very close to what WANdisco does,” Richards explained. “The trouble with that is it only works on their own proprietary network against their own proprietary applications. We can do all of that over the public internet.”

WANdisco’s LiveData technology is based on the implementation of Paxos, a mathematically proven algorithm for distributed coordination. Limited replication capabilities baked into cloud object stores present challenges when moving data between different on-prem and cloud environments.

The movement of large amounts of data across multiple clouds raises the prospect that security could be an issue. WANdisco’s largest customer base for over a decade has been the breach-sensitive financial industry, according to Sundar, and he pointed out that the company has continued to support all on-disk, data-at-rest encryption schemes.

Watch the complete video interview with Sundar below:

The replication of data across various cloud environments also provides a level of security should a breach occur. “You may have a breach in one cloud vendor,” Sundar said. “You can turn that off and use your replica in the other cloud vendor site instantly. Those are comforts you do not get with other solutions.”

WANdisco’s big bet on the value of data replication at scale in an increasingly multicloud world appears to be gaining traction for the company as it moves into 2019. Its recent customer wins underscore enterprise interest in not just simply migrating large amounts of data, but also avoiding having business grind to a halt when doing so.

This is the value play offered by WANdisco. “We have a way to replicate data continuously using our patented consensus technology,” Horwitz said. “That’s in the lifeblood of our company. Having a way to migrate data to the cloud without disrupting your business is not just marketing speak, but it’s really what we’re able to do for our clients.”

Watch the complete video interview with Horwitz below, and be sure to check out more of SiliconANGLE’s and theCUBE’s CUBE Conversations. (* Disclosure: WANdisco PLC sponsored this segment of theCUBE. Neither WANdisco nor other sponsors have editorial control over content on theCUBE or SiliconANGLE.)