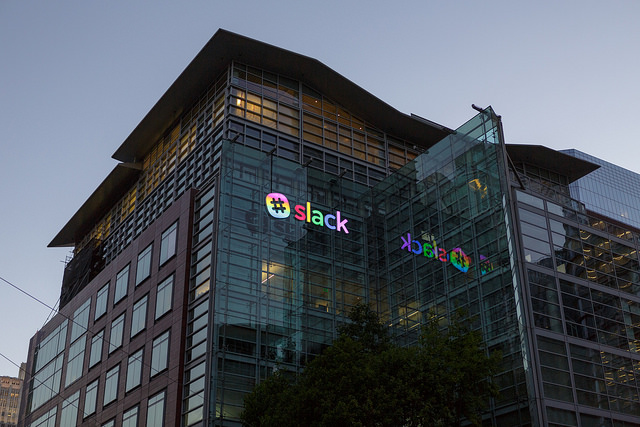 The team chat provider plans to start trading on the New York Stock Exchange under the ticker symbol “SK.” Slack won’t pursue an initial public offering but will instead sell shares through a direct listing, an unconventional approach that can be risky but has big  potential upsides. Most notably, it avoids the massive underwriting expenses involved in a traditional IPO.

Slack is headed to the NYSE after generating $400.6 million in revenues through the 12 months ended Jan. 31. That’s up 81% from $220 million in the 2018 fiscal year. The company achieved that impressive growth while narrowing losses from $140.1 million to $138.9 million, which represents a major reduction when viewed as a percentage of revenue — though still a large number in absolute terms.

Slack also continued expanding its market presence in the background, with the team chat provider now boasting 10 million daily users across 600,000 organizations. Just over 88,000 of those companies are paying customers. And 575 of them have commitments that are worth over $100,000 annually, nearly twice as many that did a year ago.

That jump in high-value deals is the fruit of an aggressive effort by Slack to make its platform more appealing for large enterprises. A few weeks ago, the company introduced new integrations with Office 365 to let workers collaborate on documents directly in chat. Earlier, Slack added a security tool that enables organizations to encrypt employee messages using their own cryptographic keys.

The company said it intends to hike investments in feature development, as well as sales and marketing, following the direct listing. One of Slack’s priorities is to add more artificial intelligence capabilities for automating users’ work. The team chat provider first started moving in this direction last July by when it acquired Missions, an app that allows teams to create workflows for handling repetitive tasks.

Slack’s ambitious growth plans could complicate its path to profitability. The company’s direct listing filing warns that “we expect our operating expenses to significantly increase over the next several years as we hire additional personnel, particularly in sales and marketing, expand our partnerships, operations, and infrastructure, both domestically and internationally.”

Slack set the fundraising target for the offering at $100 million, a figure typically used as a placeholder until a final sum is decided. The team chat provider is poised to become only the second tech firm to date to float on the stock market via a direct listing. The first was Spotify Technology SA, whose NYSE debut last year was a resounding success.

Slack’s filing follows more recent IPOs from Pinterest Inc., Zoom Video Communications Inc., Lyft Inc. and PagerDuty Inc., most of which — Lyft the lone exception — received a warm welcome on Wall Street. But the year’s biggest public offering is yet to come: Uber Technologies Inc. is currently gearing up for an IPO that could value it at $84 billion.