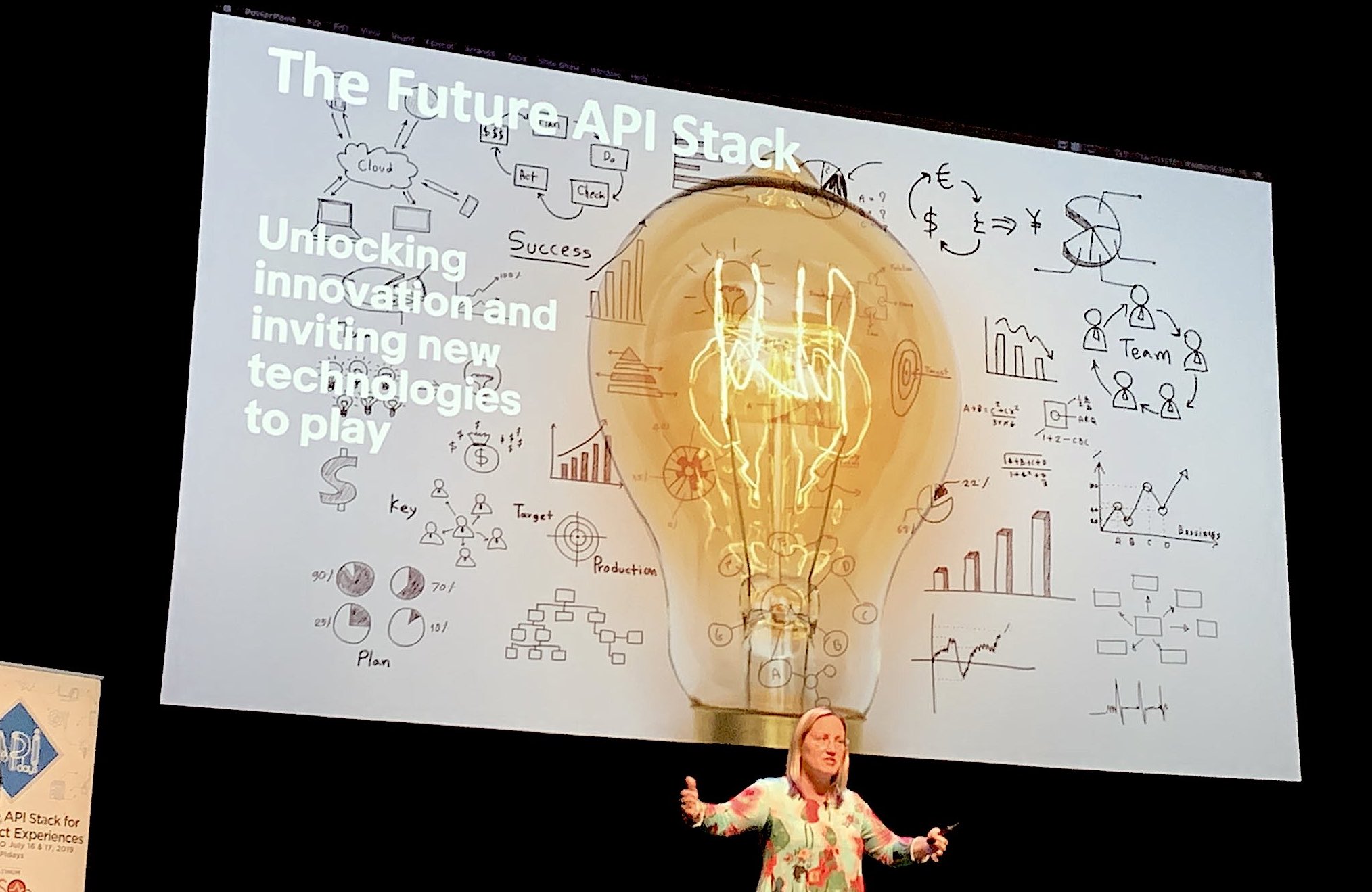 Application programming interfaces or APIs are fast becoming like air and water. Businesses need them to survive.

That basic point was driven home recently for Brian Pagano, senior director of Catalysts at Axway Inc., which provides cloud integration and API and identity management software. and former global platform strategist at Google LLC. He recently spoke with a major customer who made it clear that if the firm’s API management system went down, the company would be out of business.

“That API is their ‘open for business’ sign,” Pagano said. “In the next several years, the only companies that are going to survive are those that are API-first.”

Indeed, some of the world’s most valuable companies, including newly public firms such as Uber Technologies Inc. and Airbnb Inc., were built largely on APIs to other services.

Getting value from data

Pagano spoke at the APIdays 2019 conference in San Francisco on Tuesday. He made a case that success for most companies will depend on building platforms and mining data-driven insights using artificial intelligence and machine learning, all enabled by APIs.

“The answer to the question of who’s going to win the next round is who is getting the most value from their data,” Pagano said.

To underscore how entrenched APIs have become in the enterprise, eBay Inc. embarked on a journey several years ago to modernize its API suite. The firm now has 23 families of APIs on its platform to support 1.2 billion live listings, according to Gail Frederick (pictured), vice president of mobile and developer ecosystem at eBay.

The result is that if APIs suddenly disappeared from eBay’s massive e-commerce engine, the impact would not be good for the economic health of the company.

“Our APIs bring in about $19 billion of gross merchandise sold on our platform every year,” Frederick said during a presentation at the conference. “They drive our business.”

APIs are also beginning to play an important role in powering key drivers of the global economy such as the banking industry. BBVA has created an Open Platform on its website for financial technology companies interested in implementing banking-related solutions.

APIs for payments and business account documentation are already available. It’s all part of banking-as-a-service or BaaS, which is beginning to ripple through both traditional banking and fintech in much the same way that Amazon Web Services Inc.’s packaged services transformed cloud computing. 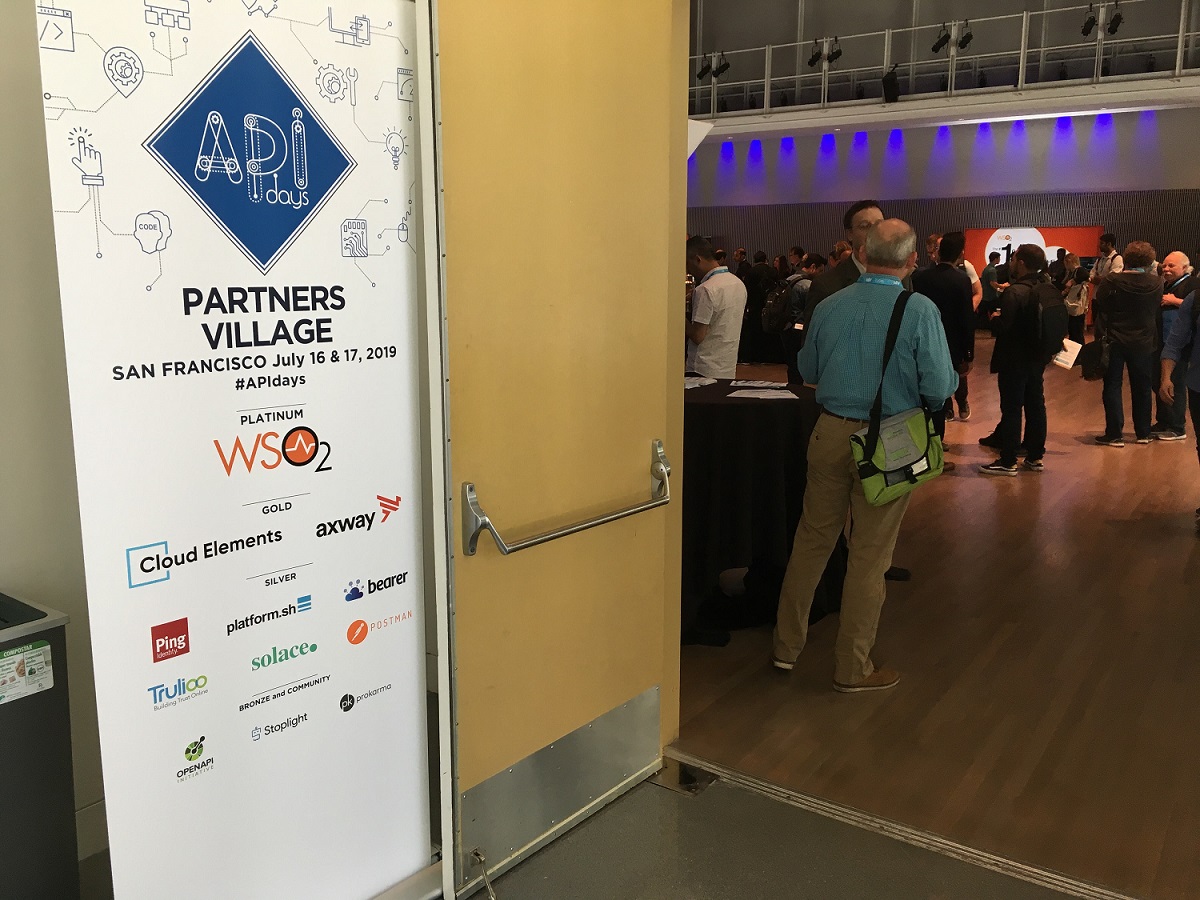 “Banking-as-a-service is bringing banking its AWS moment,” Susan French, head of product at BBVA Open Platform, said Tuesday, describing how the bank’s API platform was extending its business into the fintech startup world. “The network effect enables us to create relationships with customers we would not usually have.”

By making APIs available to developers on its platform, BBVA hopes to generate additional new services for its customers. French is hopeful that will soon facilitate faster payments and seamless integration of third-party risk services for user authentication and fraud management.

The experiences of both eBay and BBVA highlight an important trend in the evolving API story. This is not about starting whole new technologies from scratch. It’s about using tools to build on services that were already there to begin with and reaping a much greater return for the time and work invested. This is also transforming enterprises internally as well as externally.

“We love tools, we love to build things,” said Uri Sarid, chief technology officer at MuleSoft LLC. “That combination of leverage and return on investment is what’s really fueling this API economy. This is fueling a revolution inside of companies as much as outside of companies.”

That revolution is part of what Sarid characterizes as the “coherence economy,” where in areas such as travel, human needs are automatically aligned across an ecosystem of services and products. Planning a trip? Let APIs provide dining, lodging, transportation and entertainment in one seamless experience.

At the APIdays event, Sarid offered a medical example to make his point. Wearable devices now provide raw data on heart rate, sleep patterns, and more. Health APIs translate that into trends which are sent to physicians to analyze. Prescriptions are ordered, a delivery service is triggered and insurance companies are notified, all enabled by APIs.

It’s putting the process of turning services into products on steroids, where each API represents services that companies can assemble into coherent offerings delivered through application networks.

“We should think of these as productized building blocks,” Sarid said. “That’s really what the business understands.”

Lack of visibility a concern

The rush to mine gold from the API stream has not been without problems along the way. On Tuesday, one researcher noted that the most common vulnerability was a lack of visibility where security teams don’t fully know all of the APIs in use within an organization.

In the information technology world, projects managed without the IT department’s knowledge are often referred to as “shadow IT.” The API community is wrestling with this same issue.

That lack of visibility can translate into problems once APIs are released into the wild. In November, it was discovered that an API vulnerability in an online service offered by the U.S. Postal Service inadvertently exposed account details of 60 million users.

And in February, the property valuation firm LandMark White discovered that an exposed API leaked details and contact information for a number of its high-profile clients.

Despite these setbacks, APIs remain poised to play a major role in the global economy for years to come as businesses from e-commerce sites to banks, from travel firms to healthcare join the parade. The journey may not always be smooth, but it is a notable chapter in the tech revolution.

“Good transformation, like a good sandwich, is always messy,” said Axway’s Pagano. “This is an existential moment.”