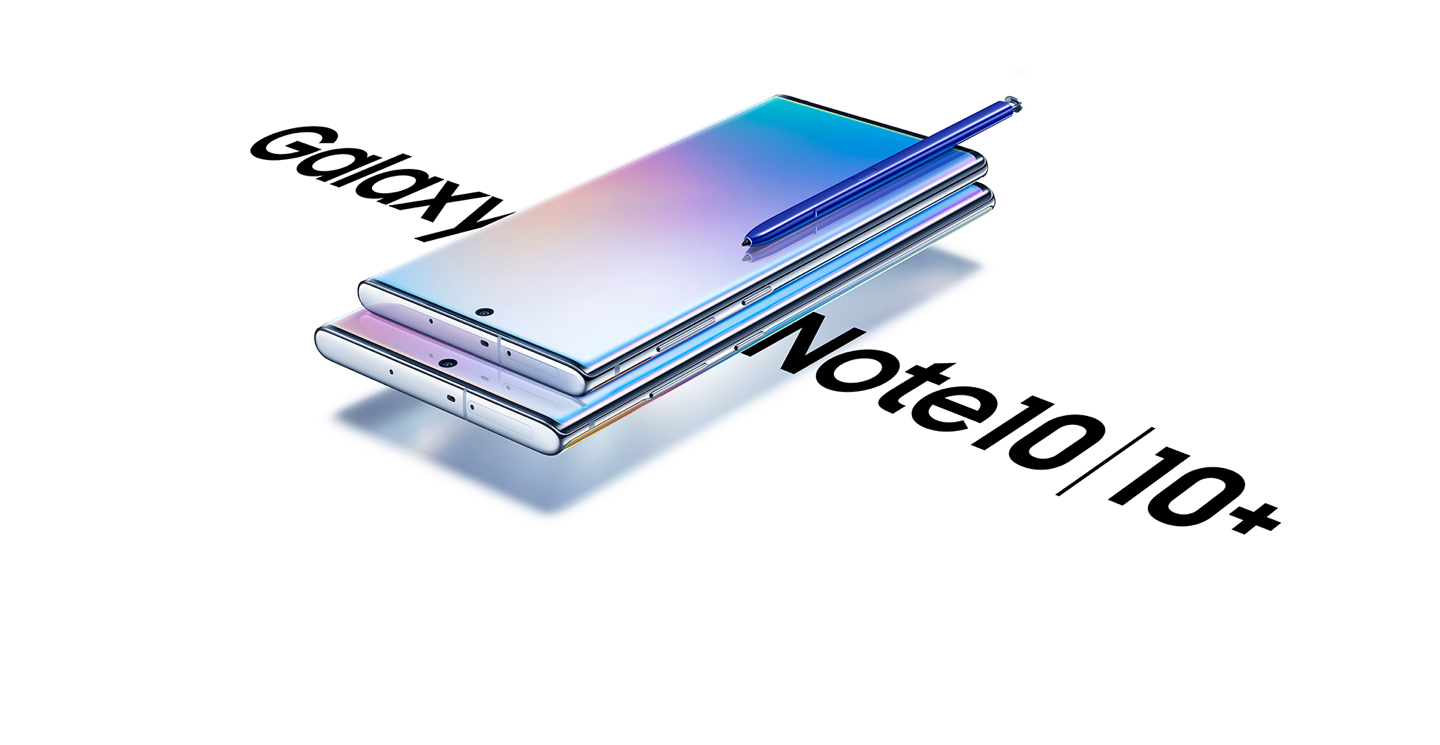 The new Galaxy Note comes in two models, the Note 10 and Note 10 Plus. Both phones offer a Snapdragon 855 processor, Android Pie with Samsung’s One UI and a 10-megapixel front-facing camera.

Notably the cutout for the front-facing camera is said to be smaller than on the Galaxy S10 and S10 Plus. Both phones also offer in-screen fingerprint scanning.

One the rear, the Note 10 has a 12-megapixel primary lens supported by a 16MP wide-angle camera and 12MP telephoto lens. The Note 10 Plus offers the same cameras with the addition of a VGA depth-of-field camera.

As expected, Samsung has ditched the headphone jack on both phones despite years of teasing competitors for doing so. The Note 10 has also lost its microSD card slot, though the expandable memory option remains on the Note 10 Plus with support for up to 512GB microSD cards.

“For current Galaxy Note users and those smartphone buyers looking for the biggest and baddest features and performance, I believe the Samsung Galaxy Note10 will be a winner,” Patrick Moorhead, president and principal analyst at Moor Insights & Strategy, told SiliconANGLE. “Samsung has done enough to differentiate the Note10 from an intraline perspective versus the S10+ and Note9 and also versus iPhones.”

That said, he thinks not everyone will like the larger model. “Power users will love the 6.8-inch display, but for some, it will be a big turnoff,” he said. “Many users will want the pen but want the smaller, 6.3-inch display. I think it’s important to keep in mind that The Note8 was 6.3 inches and the Note9 was 6.4 inches.”

The one true surprise at the launch event was the appearance of Microsoft Chief Executive Officer Satya Nadella. Pitching a closer relationship between the two companies, one that does go back some years, Nadella showed how the new Note 10s can be used to read and write phone text messages from a PC, access pictures taken on the phone on a PC and in a feature described as coming soon, make and receive calls on a PC.

With the #GalaxyNote10 and Microsoft, you can easily sync your photos, files, videos, docs and presentations across all of your devices. #Unpacked #SamsungEvent pic.twitter.com/qA0jFieiEp

If the features sound familiar, they should since they’ve been available for years for iPhone users who also own Mac computers. As Fortune noted, “the Galaxy Note 10 is Microsoft’s long-awaited smartphone, made by Samsung.”

“In a world of 5G, cloud and A.I., we get to rethink it all and reimagine it,” Nadella is quoted as saying. “We believe in a future that will be multidevice and multisense… a world where the interaction model we have with computing no longer just starts with the device but starts with people. It includes all the devices in our lives.”

Both devices open for pre-order starting tomorrow, Aug. 8, with shipments expected to start Aug. 23. The Galaxy Note 10 is being offered for $949, $50 cheaper than the Note 9, while the Note 10 Plus starts at $1,099. A 5G version of the Note 10 Plus will be available exclusively through Verizon Communications Inc. stores later in the year, starting at $1,299.