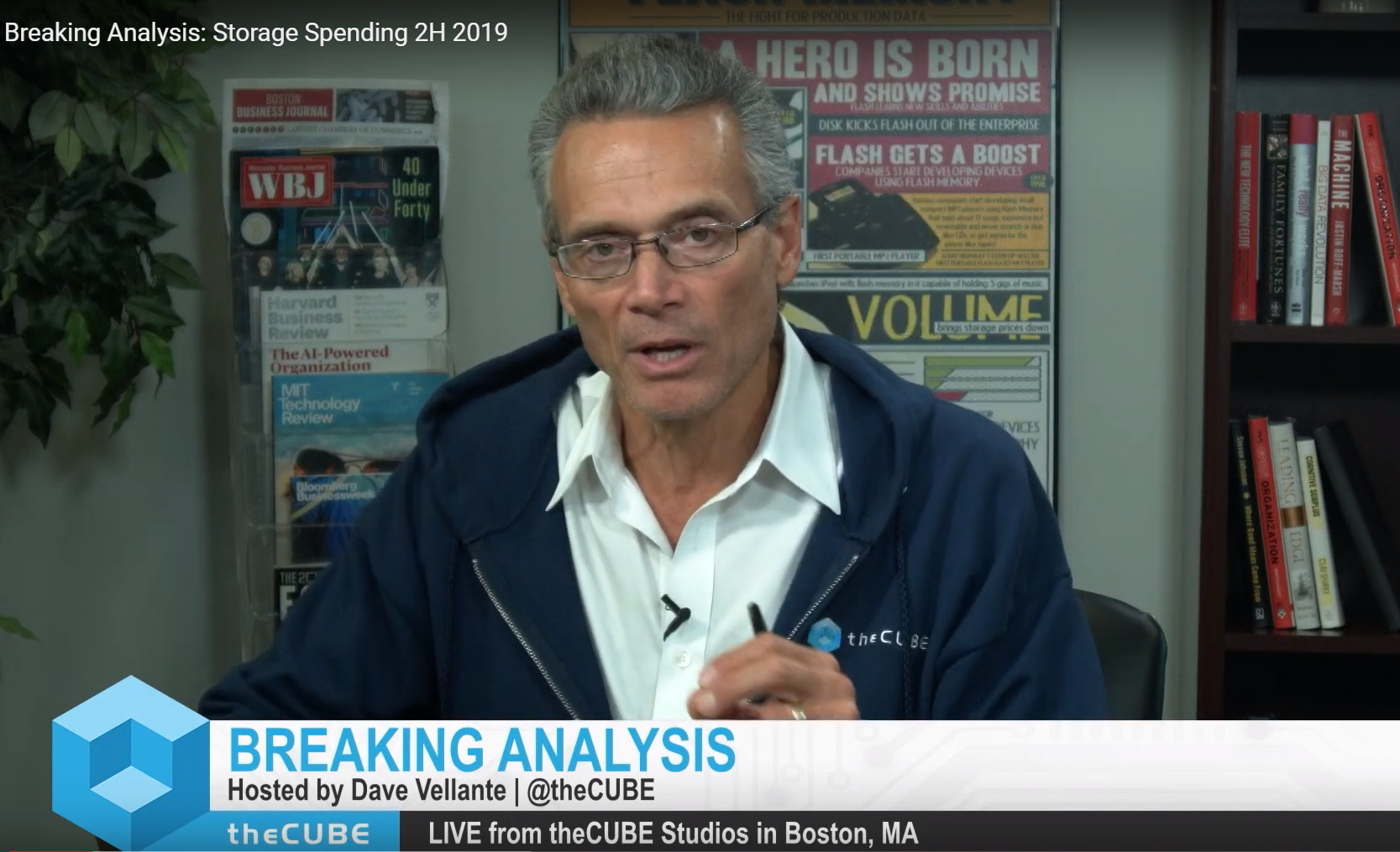 Data from Enterprise Technology Research’s most recent spending intentions survey shows that Pure Storage Inc. is on a roll in terms of strengthening its competitive position in the storage marketplace.

“The spending data from ETR really shows us that Pure is strong and the intentions look strong,” Vellante said during an appearance at theCUBE’s studio in Boston. “Everybody else is in sort of a dogfight.” (See the full discussion with transcript here.)

The ETR findings also showed that Pure led major competitors among key performance indicators based on income statements released for the most recent reporting quarter. Pure reported 28% revenue growth year-over-year, with Dell EMC, NetApp Inc., IBM Corp. and Hewlett Packard Enterprise Co. either flat or down in the same period.

“You can see Pure crushing it from the standpoint of gaining share, way ahead of the other market players,” Vellante noted.

Increased tariffs on China by the U.S. government, coupled with China’s retaliation, have led to rising concern among many tech firms. This has become clear based on earnings calls from the past quarter, according to Vellante.

“There’s no question that the tariffs are on people’s minds,” Vellante said. “Dell sells a lot of PCs in China, so they’re very much concerned about that, and IBM does a lot of business there. Seventy percent of Pure’s business is in North America, so they’re not as exposed.”

Pure Chief Executive Officer Charles Giancarlo recently confirmed that macroeconomic issues were not hurting the company and noted that his firm did not need to protect a large legacy business. Pure will hold its major annual conference later this month, where it is expected to make announcements to further strengthen its advantage in all-flash technology.