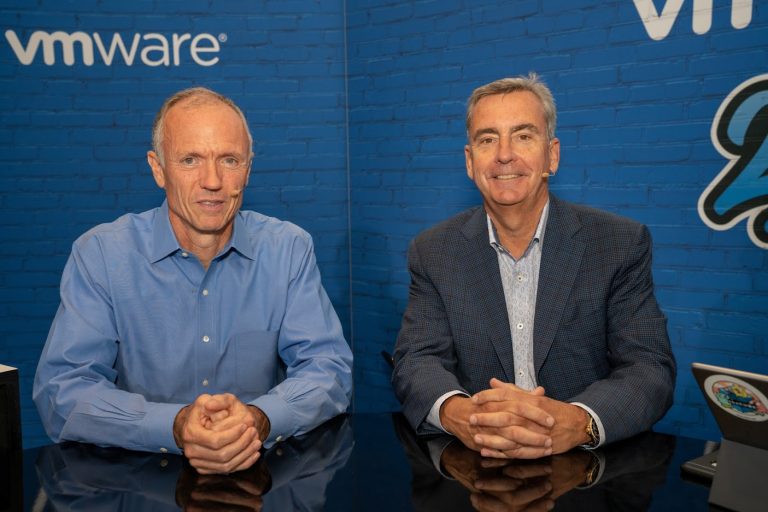 Traditional networking methods — like Multiprotocol Label Switching and traffic backhauling are fading away, according to Tom Gillis (pictured, left), senior vice president and general manager of networking and security at VMware Inc.

Standards of measuring network performance are shifting too. “Networking has changed,” Gillis said. “It’s no longer about speeds and feeds. It’s about availability and simplicity.”

That essentially means raising networking to the software layer with automation, networking as code, SDN, etc.

SD-WAN takes it all the way to end users

Software-defined wide area networking is one new technology that is changing how people think about networking.

“It fundamentally changes the experience for the end user. And there’s not a lot of networking products that do that,” Gillis said. “I meet customers that are like, ‘This thing is magic. You plug it in and all of a sudden streaming just works.'”

The SD-WAN market is growing — depending on whom one believes — at 50% to 100% per year, according to Gillis. It is touted as a solution to a number of difficult modern IT problems. “SD-WAN plays a critical part as one of the stepping stones as it relates to creating the environment for … multicloud,” Burns said.

As the network becomes increasingly software-defined, we may see methods of configuring and operating it never before possible, according to Gillis.

Watch the complete video interview below, and be sure to check out more of SiliconANGLE’s and theCUBE’s coverage of the VMworld event. (* Disclosure: Dell Technologies Inc. sponsored this segment of theCUBE. Neither Dell nor other sponsors have editorial control over content on theCUBE or SiliconANGLE.)