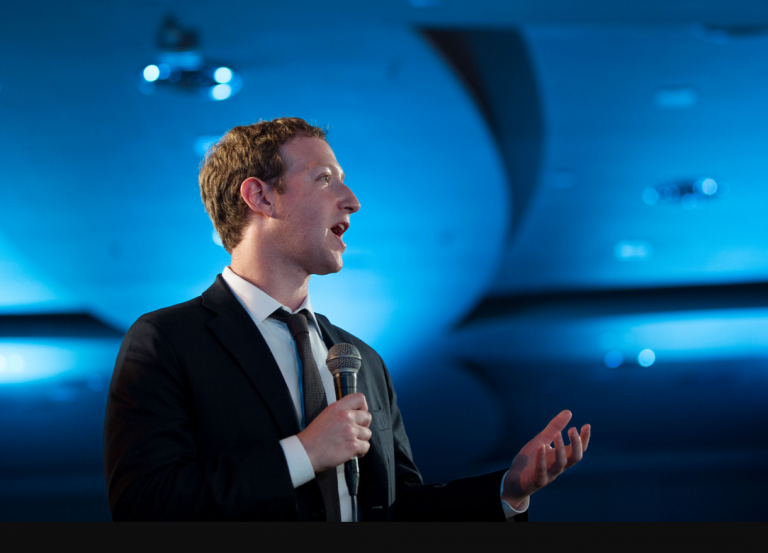 In Georgetown address, Mark Zuckerberg defends Facebook as a champion of free expression

Facebook Inc. Chief Executive Officer Mark Zuckerberg defended the giant social network at an address at Georgetown University today, claiming that the company was a champion of free expression.

Invoking Frederick Douglass, slavery, the Enlightenment and the civil rights movement, Zuckerberg told the audience that “the ability to speak freely has been central in the fight for democracy worldwide.”

Referencing the past was a recurring theme in the speech, with Zuckerberg giving a history lesson on the First Amendment and claiming that BlackLivesMatter and MeToo went viral thanks to Facebook offering free speech to users.

Zuckerberg went on to claim that Facebook was an important member of the fifth estate, a term referring to groupings of outlier viewpoints beyond the fourth estate that refers to the mainstream media.

“People no longer have to rely on traditional gatekeepers in politics or media to make their voices heard and that has important consequences,” Zuckerberg said. “I understand the concerns about how tech platforms have centralized power, but I actually believe the much bigger story is how much these platforms have decentralized power by putting it directly into people’s hands. It’s part of this amazing expansion of voice through law, culture and technology.”

Raising the ultimate bogeyman of modern times, China, Zuckerberg said that though the internet in most countries outside China has been defined by “American platforms with strong free expression values,” there was no guarantee that this will remain the case in the future. He contrasted Facebook-owned WhatsApp as a platform for protesters and activists to TikTok, the popular Chinese-owned social sharing app that is heavily censored.

Despite spending years trying to get Facebook services into China and learning to speak Mandarin fluently, Zuckerberg now claims that free speech is one of the reasons why that isn’t happening. “And now we have more freedom to speak out and stand up for the values we believe in and fight for free expression around the world,” Zuckerberg claimed.

Zuckerberg’s apparent reinvention as a warrior of free speech comes as the company has been criticized for running allegedly deceptive political advertising along with allowing individuals on the platform who are claimed by some to advocate hate speech. Conversely, Facebook has a long history of banning users it politically disagrees with and has long been said by conservatives to censor their free speech unfairly, the latter confirmed by former Facebook employees.

The split between those views was highlighted in a question-and-answer session with students. The Associated Press reported that one student asked that if Facebook supports free speech, “why is conservative content disproportionately censored?” while another asserted that the policy of not fact-checking political ads is pro-conservative.

Conceding that Facebook doesn’t always get calls over censorship right, Zuckerberg announced in the speech that the company was establishing an independent oversight board for people to appeal content decisions. “The board will have the power to make final binding decisions about whether content stays up or comes down on our services — decisions that our team and I can’t overturn,” Zuckerberg added.