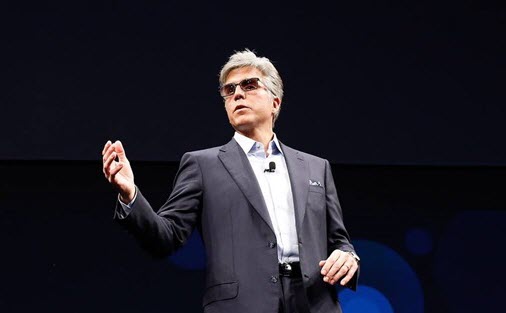 Former SAP CEO McDermott to take the reins at ServiceNow

Less than two weeks after his surprise announcement that he’s stepping down as chief executive of SAP SE after nine years at the helm, Bill McDermott is already on to his next thing: president and CEO of information technology services management company ServiceNow Inc.

In an announcement this afternoon, ServiceNow said McDermott will succeed John Donahoe II, who is leaving to become CEO of Nike Inc. in January. Donahoe will stay on through a transition period and finish out his term on ServiceNow’s board of directors ending next June.

The move comes as ServiceNow has recently shown signs that its blistering growth may be slowing. The company reported disappointing second-quarter results in July on a shortfall in subscription revenue growth.

It also projected third-quarter subscription growth at the midpoint of its earlier guidance. Although that wouldn’t be a tragedy for established tech firms, ServiceNow’s rapid growth rate and history of posting blowout earnings had expectations running sky high. The company’s stock nearly tripled between July 2017 and its July 12 high this year, but has fallen 23% since.

That’s despite the company’s announcement of preliminary third-quarter results that handily beat analyst estimates. Total revenues of $899.2 million beat consensus expectations of $885 million and the 34% year-over-year sales growth beat the Street’s 31.5% forecast. Subscription revenues came in at $869 million, well above the $832.5 million ServiceNow had projected just three months ago.

But Dave Vellante, chief analyst at SiliconANGLE sister market research firm Wikibon, said investors rightly will see McDermott’s arrival as disruptive to the company. “They’re still working through the [former ServiceNow Chairman and CEO Frank] Slootman transition when everything appeared to be running like clockwork,” he said. “Donahoe brought in a new team and they’re still getting settled. McDermott will attract DNA from the SAP ecosystem, so I suspect the Street will look at this surprise disruption as a negative.”

That said, Vellante added, “It’s a great pickup by ServiceNow.” He thinks McDermott, with his enterprise technology roots, is a better fit for the company than the more consumer-oriented Donahoe. “I’m sure the party line is Nike made an offer JD couldn’t refuse, but McDermott will be more likely to see it through with ServiceNow.”

Constellation Research Inc. analyst Holger Mueller said he was surprised at McDermott’s joining ServiceNow but noted that the industry’s CEO carousel is in full swing.

“ServiceNow gets an experienced captain that can build the boat into a bigger one and take the customers on the ride along,” he said.

McDermott brings a steady hand and a track of record of success to the new role. In his nine years as CEO or co-CEO of SAP, SAP tripled its market value to $140 billion with 430,000 customers in more than 180 companies, according to ServiceNow. He’s also credited with successfully navigating the tricky early stages of a transition from on-premises license revenues to cloud subscriptions.

Indeed, said Pund-IT Inc. analyst Charles King, “It’s hard to imagine how ServiceNow could have done better.” For King’s part, he thinks the transition actually should be “essentially seamless and lacking melodrama.”

McDermott did leave SAP with some challenges. Although the company posted solid quarterly earnings yesterday, analysts have fretted about the difficulties it faces pulling together numerous recent acquisitions. “SAP had a good third quarter, especially in comparison with Oracle,” said Andrew H. Bartels, principal analyst at Forrester Research Inc. “However, the difference was due almost entirely to SAP holding maintenance revenues while Oracle lost those revenues.”

McDermott’s departure for a much smaller company doesn’t signal a lot of confidence in SAP’s strategy, added Patrick Moorhead, president and principal analyst at Moor Insights & Strategy. But it is a positive for ServiceNow, he said.

“ServiceNow was doing just fine without McDermott, but when I look at his core competencies, I think he’s there to drive growth through sales expansion,” he said.

There’s little else that’s jarring about ServiceNow’s leadership transition, though. Outgoing CEO Donahoe is 59 and spent 20 years in management consulting before landing at eBay Inc. during that company’s hypergrowth. McDermott is 58 and spent 17 years at Xerox Corp. He also served brief stints at Gartner Inc. and Siebel Systems Inc. before joining SAP in 2002.