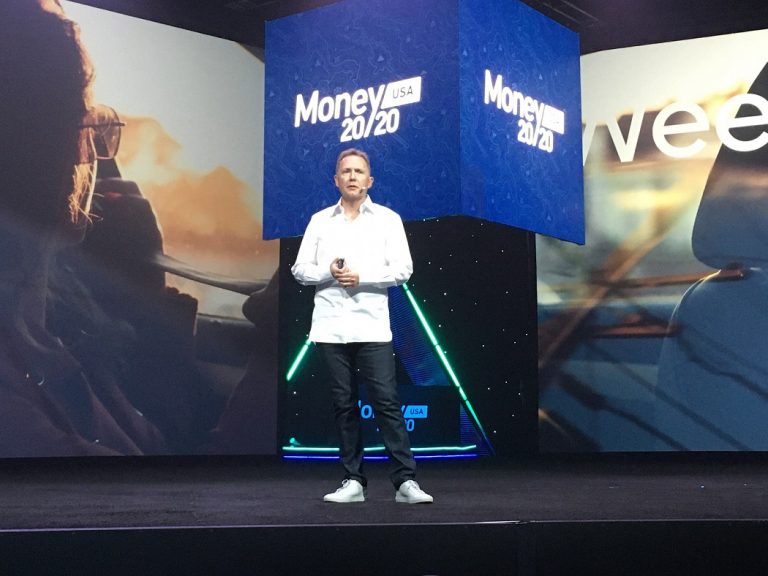 How Uber and Facebook aim to define the future of money

One company transports people in 600 cities around the world, and the other connects 2.37 billion monthly active users online through social media. Both may soon be found at the center of a significant transformation of the global financial industry.

Ridesharing provider Uber Technologies Inc. and social media giant Facebook Inc. each made news in different ways on Monday at the Money 20/20 fintech conference in Las Vegas. Uber announced that it would launch Uber Money, a new portfolio of financial services designed to help its drivers and engage customers as well.

“Our mission in the Uber Money team is to help everyone in their financial journey,” Peter Hazlehurst (pictured), Uber’s head of payments, said during his keynote presentation at Money 20/20 on Monday. “This isn’t a journey just for the U.S. This is a global mission for us.”

The services announced on Monday included real time, unlimited access for drivers to trip payments immediately after conclusion of every ride through deposits to an Uber-branded debit card. The company also refreshed Uber Debit to now include instant 3% cash back on gas purchases.

“You earn on the platform, you get paid, it’s your money,” Hazlehurst said. “After every trip or delivery, you bank balance goes up. We’ve unlocked new potential for them.”

Uber Debit is being powered through a partnership with Green Dot’s online banking solution. The company also addressed the thorny problem of many drivers who literally live from paycheck to paycheck and might lack funds to even buy gas and continue to earn money. Rather than charge onerous fees, the Debit account will be fee-free up to $100 in overdrafts for Uber drivers.

Some 60% of eligible Uber drivers use this overdraft feature an average of six or more times per month, according to Hazlehurst, and they pay nothing.

“Banks will be banks and they want to charge fees,” Hazlehurst said. “If you worked for a bank and you said you had decided to waive overdraft fees, I’m pretty sure you would get fired.”

A significant takeaway from Uber’s announcements on Monday is that the ride-hailing firm is clearly building its own financial services practice. The company is also introducing Uber Wallet, which will become integrated in the driver app over the next few weeks, with plans to add it to the customer-facing app as well.

The idea is to provide a central hub for all Uber-related transactions, which will include earning and spending history and leverage other Uber financial products, including a Visa-branded credit card.

While Uber’s journey into a technology-driven financial world has been relatively smooth, the voyage of Facebook has resembled something akin to the saga of the Titanic. The social media giant announced in June that it would create Libra, its own digital currency, and the news triggered criticism from privacy advocates, the defection of several major founding partners from its governing Libra Association and two contentious Congressional hearings in the past five months.

During an appearance at Money 20/20 on Monday, David Marcus, head of Facebook’s financial services arm created to launch Libra, had nothing to announce but plenty to defend in the face of the firestorm which has greeted the digital currency’s launch.

“We’ve got a great association that was formed two weeks ago,” Marcus said. “The headlines are just a preamble to a lot of hard times ahead before it gets better.”

It may take a while for the good times to roll for the proposed digital currency. In early October, executives from some of the largest U.S. banks complained to the Federal Reserve that Libra would pose a serious threat to the country’s monetary policies.

On Monday, Marcus scoffed at the concerns, and he emphasized that Libra is not in the business of creating money. “I disagree with the fundamental basis,” Marcus said. “The feature of what we’re building is really a payments network. There’s more money created in a Baskin-Robbins gift card than there is in Libra.”

Marcus also responded to critics of the cryptocurrency who claim that it will open the floodgates to abuse of user data. It’s a tricky issue for Facebook as it navigates the fallout from use of its platform data to manipulate voters in the 2016 presidential election.

“We’re not going to use any of that data for ad targeting,” Marcus said. “Separating it completely is a lot of work, but we’re going to do that.”

Despite Facebook’s ongoing controversy over the introduction of its currency, some in the financial technology community view the launch as a positive development. Speaking at a separate panel discussion, Patrick Doyle, lead data scientist at the enterprise blockchain analytics provider FRST, saw Libra as a potentially positive development for the fintech community as a whole.

“Libra puts cryptocurrency in front of the general public,” Doyle said. “It puts it into the public sphere in ways that everyday users can start adopting cryptocurrencies. I think it’s a good thing.”

As fintech startups and established technology powerhouses like Uber and Facebook move aggressively to change the current global financial system, there is a distinct tone in remarks by tech leaders that they are on a mission to democratize what has been a closely held process. Workers in the gig economy shouldn’t have to wait to be paid; they should be paid immediately. Greater availability of digital currency will open new doors for the unbanked and make capital more readily accessible.

“People deserve much better than what they currently have,” Marcus said. “It’s all about the people.”