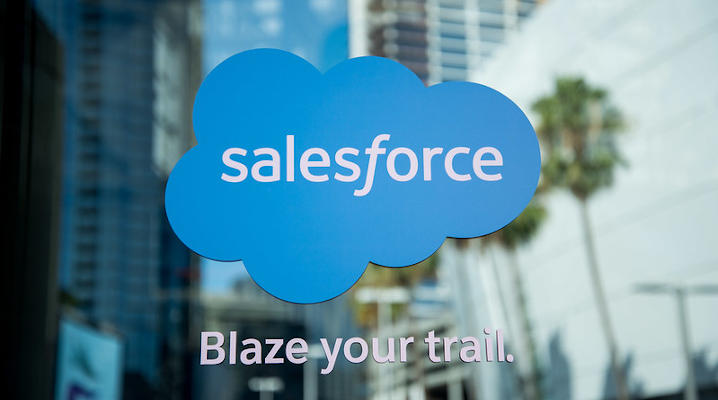 At its Dreamforce event opening in San Francisco today, the company launched an employee training app called Trailhead Go that will be available exclusively on the iPhone and iPad.

It provides access to more than 700 learning modules that cover subjects such as how to integrate an application with Salesforce. The iPad version of Trailhead Go has a number of additional features on top of that, including a split-screen mode which enables users to have another app open at the same time.

The other big iOS-related update Salesforce released today puts the emphasis on artificial intelligence. Users of the Salesforce Mobile App, which provides access to the company’s cloud-based product suites, now have access to a built-in voice assistant that will save them time on common tasks. Einstein Voice Assistant can take notes, jump to specific sections of the app interface, fetch documents and save new customer information that workers dictate via their phone’s microphone.

Salesforce’s engineers built out a couple more iOS-specific conveniences, too. “Salesforce Mobile will run natively on iOS with support for Siri shortcuts for navigating to things like contacts and opportunities. Additional support for Face ID makes it easier and more secure to access the app,” said Dan McCall, Salesforce’s vice president of product management.

The company’s strategy for the Apple universe focuses on two separate user groups. There are the workers who access its services from their iPhones and iPads, which is the audience that  the new app updates target, and then there are the developers building Salesforce-integrated mobile services.

Salesforce hopes to boost this latter group with a new version of its Mobile SDK previewed today that will feature support for Apple’s Dark Mode feature and SwiftUI plus unspecified iPadOS optimizations.

Trailhead Go and the AI-infused Salesforce Mobile App are available today. The Mobile SDK enhancements will start rolling out later this year.