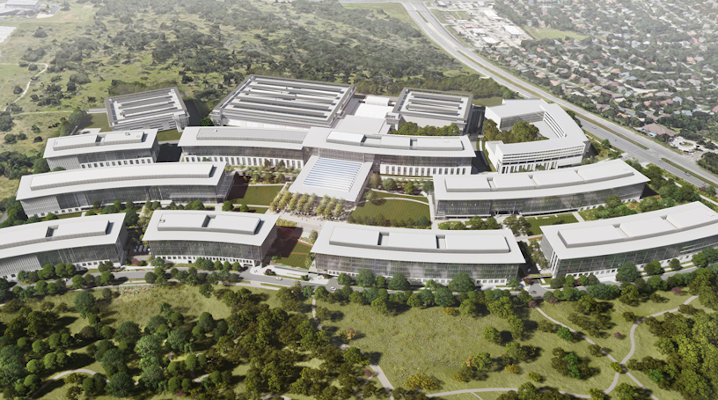 Apple breaks ground on $1B Austin campus that will house up to 15,000 employees

It’s not quite HQ2, but Apple Inc.’s new corporate hub in Austin, Texas, represents a major expansion of its U.S. operations.

The iPhone maker today officially broke ground on the campus, which will cost $1 billion to build and sits on a 133-acre plot of land not far from the factory housing the Mac Pro production line.

Apple intends to move more than 5,000 employees into the complex when construction is completed in 2022. Further into the future, the company has plans to increase the headcount to as many as 15,000 workers.

Apple has been on something of a hiring spree in Austin over the past few years. The company currently employs some 7,000 people in the city, up 50% from 2014, and about 500 of those staffers work at the Mac Pro factory.

Though the $5,999 Mac Pro doesn’t occupy the most central place in the Apple device family, the Austin plant has emerged at the core of the iPhone maker’s regulatory strategy. President Donald Trump is set to tour the facility later today together with Apple Chief Executive Officer Tim Cook. The iPhone maker decided to assemble the Mac Pro in Texas after receiving tariff waivers on some of the components it imports from China to build the machine.

Construction has only just started, but the $1 billion Austin hub is already helping Apple win more regulatory relief. The company received about $41 million in county and state tax breaks when it first unveiled plans for the expansion last December. At the federal level, meanwhile, Apple is reportedly seeking fresh tariff exceptions on some iPhone parts, the iMac and certain other hardware that it manufactures in China.

The iPhone maker is also exploring other ways to insulate its profit margins against the trade dispute. According to one report from earlier this year, Apple is considering to shift up to 30% of its manufacturing outside China, while other companies such as Google LLC have begun similar relocations.

Apple is the perhaps most sensitive to China tariffs among Silicon Valley’s leading players because of its hardware-centered business model. The iPhone and Apple’s other devices, most of which are made in China, accounted for over four-fifths of the company’s $53.8 billion in sales last quarter, even as it has worked to diversify revenue beyond hardware through services such as Apple TV+.