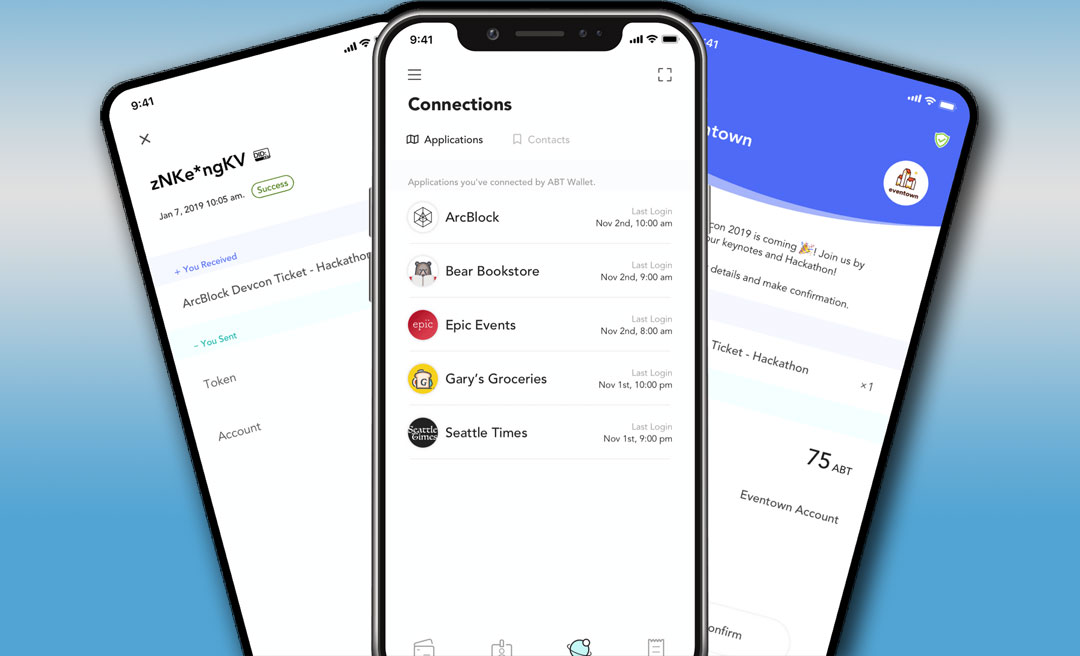 ArcBlock Inc., a distributed ledger blockchain platform for production-ready applications and enterprise environments, announced today the release of a new version of its decentralized identity wallet.

The ABT Wallet version 2.0 will deliver a new decentralized wallet that allows users to take control of their daily lives and provide provably identity services they can control.

It includes a new user experience for managing digital properties and assets. It’s easier to connect and interact with applications, services and third parties. It also includes a streamlined way to check activities and transactions.

With these new features, users need only a mobile device with ABT Wallet installed to interact and manage their identity with numerous services with the confidence that their data is secure.

“Today, most people are using mobile devices throughout their day, and the new ABT Wallet is designed to extend the capabilities of their phone by allowing them to use these next-generation blockchain services in a way that is already familiar,” said Robert Mao, chief executive of ArcBlock. “Every interaction is designed to be useful and user-friendly. Moreover, we’ve added new capabilities that allow users to manage their personal and professional digital properties with ease.”

The blockchain, a widely distributed ledger of transactions secured using cryptographic keys, is used to allow users to control who can see their identity credentials and how much access is permitted. Once an identity is verified and stored on the ArcBlock identity blockchain, the user controls the cryptographic keys that prove their credentials and those same keys can be used to allow and disallow access to parties seeking knowledge of that identity.

Using a distributed identity service such as ABT Wallet would allow users to separate their identity from major centralized services such as social media, employers and government. As a result, when a social media platform becomes less popular – or shuts down – a user can still keep their friends, coworkers and peers “in the know” of their past accomplishments and history when they join a different network, find a new job or sign up for a new government service.

With ABT Wallet 1.0, users could create secure sign-up and login, easily verify claims, proofs and attestations with an experience designed around privacy. However, feedback from customers revealed that interactions still focused on people who were already familiar with the blockchain.

To expand its audience and consumer adoption with ABT Wallet 2.0, ArcBlock made the decentralized identity wallet useful to everyone in ways that people are already familiar. Users can now easily log in and access their place of employment, applications with user-defined profiles, request, share and send documents, or even make payments at their local coffee shop. All without any need for knowledge or expertise in blockchain technology.

In the next few months, ArcBlock intends to release an updated Wallet Software Development Kit for developers and businesses, allowing them to join the ArcBlock ecosystem and launch their own identity wallets.

More information about decentralized identity and the new ABT Wallet at ArcBlock’s website.