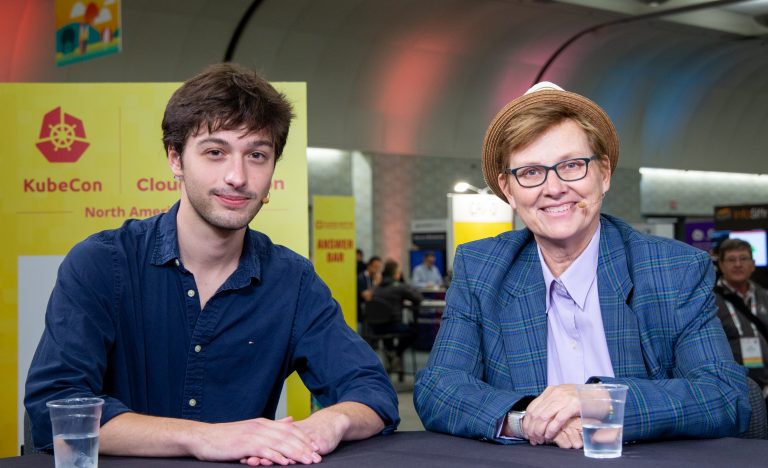 How Kubernetes Operators are simplifying life for data scientists

Artificial intelligence and machine learning are critical tools for today’s data scientists to master. Because these new technologies add complexity to what is already a complicated workload, they can take up valuable time and distract focus from the main goal of extracting knowledge from data.

“We’re working towards reducing that complexity and making sure that people that are data scientists, AI, or machine-learning engineers are able to focus on their core business values,” said Renaud Gaubert (pictured, left), lead container and OSS engineer at Nvidia Corp.

“[Data scientists] would like to just open up a JupyterHub notebook, have everything there they need, train their models, have them run, and then after they’re done, they’re done,” Mueller said.

Helping bring that “automagic” to its product line, Red Hat announced an alpha release for OpenShift 4 during KubeCon.

“It’s an all Operators-based deployment of OpenShift,” Mueller stated. “I think the Operator framework really has been the big thing that we’ve been really getting a lot of uptake on. It’s been the new pattern for deploying applications, or services, and getting things beyond just a basic install of a service on OpenShift or any Kubernetes.”

Alongside this release, Red Hat has been populating OperatorHub.io with Kubernetes Operators. This is where upstream projects that have Operators — such as the Nvidia GPU Operator — are being hosted, Mueller explained. Free access to these Operators means that anyone can deploy them, on OpenShift or any Kubernetes solution.

“OperatorHub.io, everything in there runs on any Kubernetes. And … the goal is to be able to take stuff in a hybrid-cloud model [and] be able to run it anywhere you want. So we want people being able to do it, anywhere,” Mueller said.

The Nvidia GPU Operator is based on Red Hat’s Operator software development kit; it simplifies AI/ML deployments, according to Renaud, who explained that this occurs over four distinct phases. The first phase could be to “install all the components that a data scientist, or generally, a GPU cluster might want to, or need, whether it’s the Nvidia driver, the computer runtime, the Kubernetes device plugin, [or] the mounting points,” he said.

“Phase three is generally being able to have a life cycle,” Renaud stated. Managing multiple machines means that some are going to get into different states, and some of them are going to fail. The NVIDIA GPU Operator allows recovery from these bad states to good states.

The fourth and final phase is monitoring. “Which is being able to actually give insights to our users,” Renaud said. “So, the Operator SDK has helped us a lot here, just laying out these different steps, and, in a way, it’s done the same thing as what we’re trying to do for our customers, the different data scientists. Which is, basically, get out of our way and allow us to focus on core business values.”

Watch the complete video interview below, and be sure to check out more of SiliconANGLE’s and theCUBE’s coverage of the KubeCon + CloudNativeCon event. (* Disclosure: Red Hat Inc. sponsored this segment of theCUBE. Neither Red Hat nor other sponsors have editorial control over content on theCUBE or SiliconANGLE.)