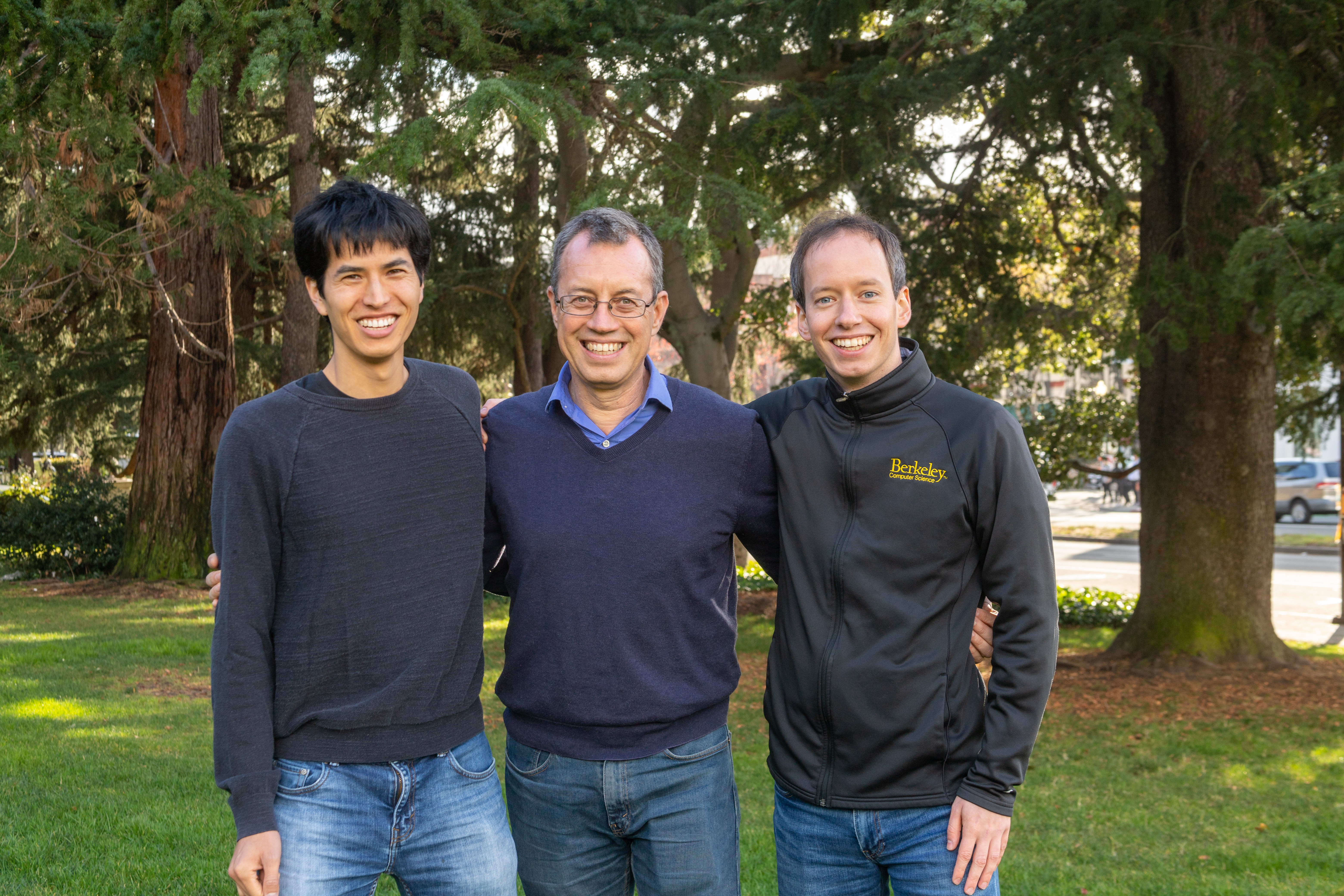 The artificial intelligence applications being built today are often too large to run on a single server, which requires distributing them across multiple machines. But distributed computing experts are in short supply even for enterprises that can afford their own in-house AI teams, an issue that has emerged as an obstacle to machine learning adoption.

Berkeley, California-based Anyscale Inc. is taking a crack at solving the issue. The startup today said it has raised $20.6 million in funding to develop tools for simplifying distributed AI development.

Anyscale’s planned products will be based on Ray, an open-source framework that co-founders Robert Nishihara (pictured, left) and Philipp Moritz (right) created at the University of California, Berkeley. The startup’s two other co-founders are the professors who provided development guidance for the project. They are Ion Stoica (center), who is best known as the creator of the Apache Spark data processing framework, and fellow Berkeley faculty member Michael I. Jordan.

Ray reduces the amount of code that AI teams have to write to make their applications run efficiently on a distributed basis. The framework enables  developers to build their neural network on a workstation or laptop, then deploy it on a multi-server cluster without making any major modifications. Ray can run both on-premises and in the public loud with support for Kubernetes.

“As Moore’s Law has slowed down and specialized hardware such as GPUs and TPUs cannot keep pace with the enormous demands of machine learning applications, there is no better time to bring the potential of Ray to more organizations through Anyscale,” said Stoica.

Anyscale will use the capital to hire more team members, enhance Ray and support the development of its commercial products. Stoica told TechCrunch that the offerings will include “tools and a runtime platform for Ray” that will make the platform easier to use in order to make it accessible to less tech-savvy enterprises.

The products are expected to debut next year.