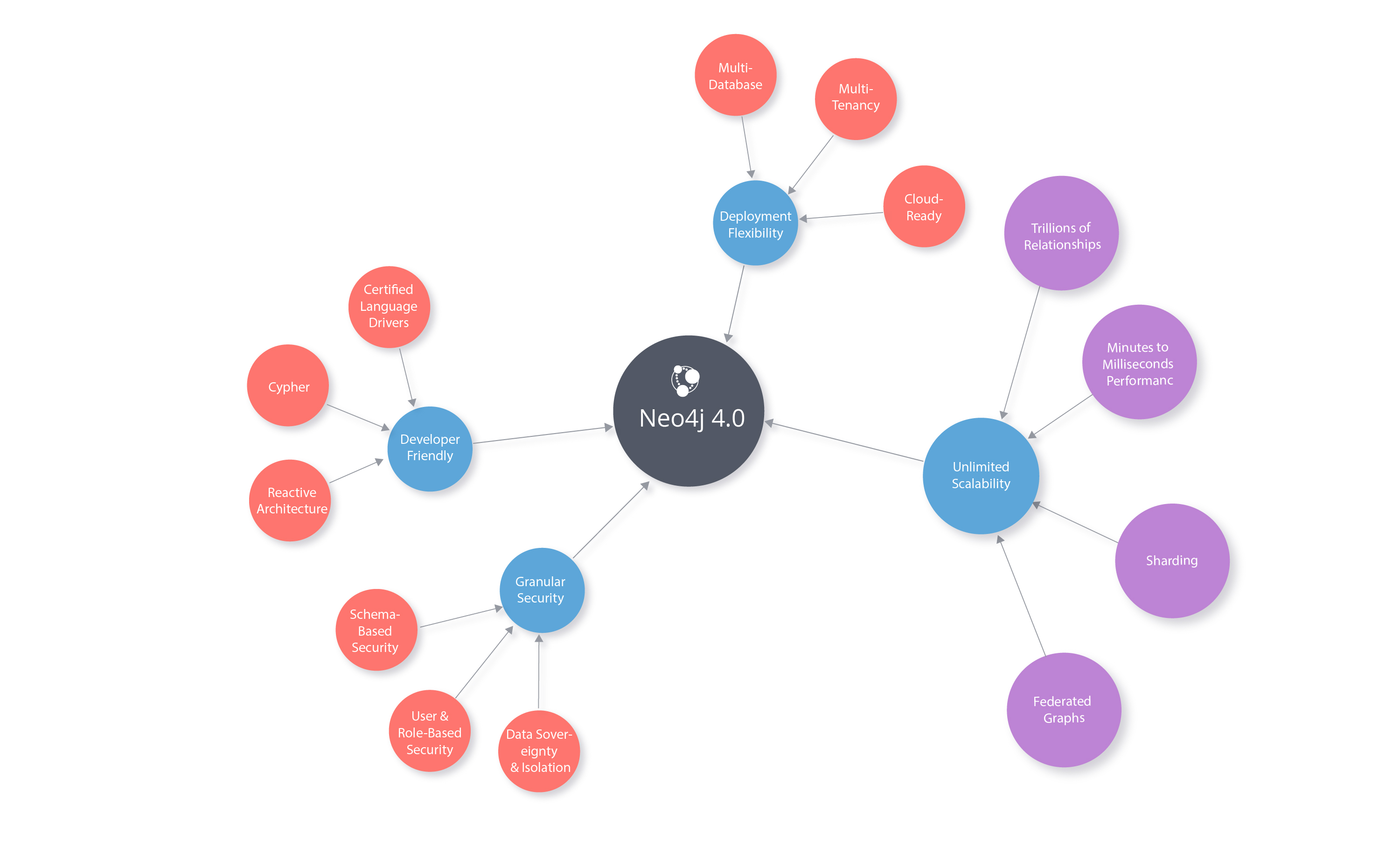 Neo4j Inc. today released what it calls the most significant evolution of its graph database engine since the company was founded in 2007.

Version 4.0 is the culmination of more than 100 “engineer years” of development since version 3.5 was released in 2018, said Chief Scientist Jim Webber. Shortly after that release, Neo4j raised $80 million, bringing its total funding to just over $160 million.

Graph databases have a unique ability to represent complex relationships in a way that enables rapid navigation between elements to discover correlations. This makes them a good fit for applications like recommendation engines in which relationships between data elements aren’t easily predefined.

Neo4j is the best-funded startup in an increasingly crowded field. The company distributed a community edition of its graph engine and charges for a more full-featured enterprise edition. The latest round of enhancements are intended to address that corporate audience, Webber said. The prior release was “kind of OK for the enterprise, but it was single-image, security features were not wonderful and it was rough around the edges,” he said. “All these things have radically changed in 4.0.”

Scale up and out

Neo4j 4.0 now allows for horizontal scaling in addition to the vertical scaling it previously supported. The so-called “scale out” architecture is common among NoSQL databases but rare in the graph domain, Webber said. Neo4j says the ability to scale out without limits enables major improvements in performance as well as support for larger data volumes.

Version 4.0 also supports reactive programming, providing developers with full control over how their applications interact with the database. Reactive systems are designed to be responsive, resilient, elastic and message-driven, with a high tolerance for error handling and full use of available resources. They’re particularly strong in streaming data applications.

“In 3.5 the database evaluates queries and throws a lot of data back at your that you have to process while the buffers are filling up,” Webber said. “In 4.0 the client gets to control that flow rate. It can pull results back at the rate at which it can process them.” The engine can also run queries in parallel across multiple nodes to better use available resources.

Multiple databases can now be run inside a single Neo4j cluster, an improvement that Webber said solves a significant bottleneck problem. “Previously, if you wanted multiple graphs, you’d have to bring up multiple servers or clusters,” he said. “Each database now has its own security and runs isolated from the others, so within the same infrastructure you can run multiple graphs on just that single piece of infrastructure.”

Multi-database support also permits queries to run across multiple databases. “I can now have businesswide queries running across multiple graphs,” Webber said. “I can query them as if they were all a single graph with the ability to partition data and scale horizontally.”

In the security realm, developers and administrators now have fine control over data access to ensure that only designated users can see sensitive data. The new framework is based on users and roles with a “traverse” function that enables queries to move across the graph including areas in which the user doesn’t have read or write permission. In previous versions, “if you ran a query and you didn’t have the ability to traverse that relationship it would miss half the data and give you half the answers,” Webber said. “This does for graphs what row-level security did for relational.”

Neo4j doesn’t publish enterprise pricing, but software development and consulting firm iGov Inc. has published what it said are prices from the U.S. General Services Administration schedule as of January 2018.