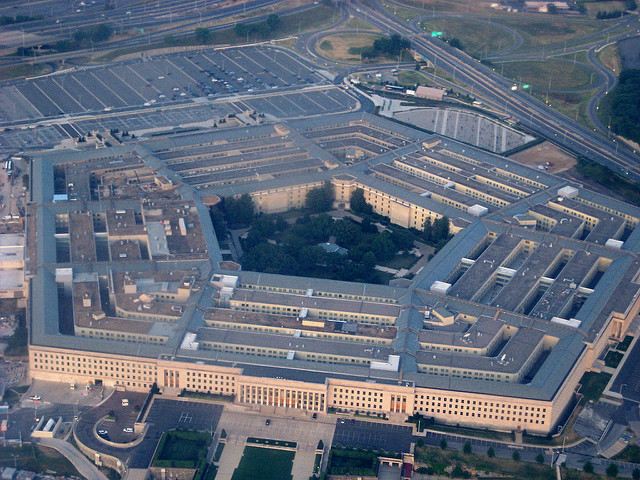 The Joint Enterprise Defense Initiative or JEDI contract had been expected to be awarded to Amazon Web Services Inc. The Amazon.com Inc. cloud company last year sued the Department of Defense and asked for an injunction, charging that political interference resulted in the award to Microsoft despite AWS’ greater cloud capabilities.

CNBC reported that a court notice announcing the injunction was filed today. It wasn’t made public, and it wasn’t clear why documents were sealed. The first substantive work order had been scheduled to start tomorrow.

The judge also told Amazon and the Pentagon to get together by Feb. 27 to determine what parts of the opinion can be released publicly. Amazon has agreed to post $42 million to pay for any costs in case its injunction is determined to be wrongfully issue.

AWS and the Pentagon haven’t yet commented on the decision by Judge Patricia E. Campbell Smith, but Frank Shaw, Microsoft’s corporate vice president of communications, issued this statement:

“While we are disappointed with the additional delay we believe that we will ultimately be able to move forward with the work to make sure those who serve our country can access the new technology they urgently require. We have confidence in the Department of Defense, and we believe the facts will show they ran a detailed, thorough and fair process in determining the needs of the warfighter were best met by Microsoft.”

AWS filed a request for a temporary restraining order on Jan. 19. “It is common practice to stay contract performance while a protest is pending,” the company explained in a statement.

In this case, the protest is an ongoing lawsuit through which AWS is challenging the decision to award the deal to Microsoft. AWS contends the decision was tainted by “egregious errors” and political interference from President Donald Trump.

Filings unsealed ahead of the ruling today revealed the counterarguments the Pentagon used to convince the court not to halt work on JEDI. Lt. Gen. Brad Schwedo, the Joint Staff’s chief information officer, wrote in a declaration that delaying the project would negatively affect national security.

“The men and women of the U.S. military must have access to the right technology at the right time to fight and win wars,” Schwedo told the court in a filing. “Delaying implementation of a cloud solution will negatively affect DoD’s efforts to be victorious in contested environments and retain global influence over our near-peer competitors.”

Underscoring the need for the project to be completed as soon as possible, Schwedo laid out some of the advantages the DOD expects to gain from JEDI. “The U.S. military operates globally and must have a means to effectively perform if our communications are threatened or disrupted,” he wrote. “An enterprise cloud capability, with tactical edge technology, can retain its last known data update and continue operating locally in degraded, denied, disrupted, intermittent, or low bandwidth environments.”

Another declaration submitted by the DOD, attributed to a contracting official whose name was not disclosed, made a financial argument against suspending the JEDI work. The DOD “anticipates a financial harm of between $5 [million] and $7 million dollars every month that performance of the JEDI contract is delayed,” the official wrote.

There were no immediate details on why the judge granted the temporary restraining order. However, some observers believe DOD’s argument of the need for swift implementation of JEDI was undercut somewhat by the program’s own delays on the project, which had originally been expected to be granted early last year.

Those delays included one for three months last year when Defense Secretary Mark Esper took another look at the proceedings. In October, he removed himself from the review process, ostensibly because one of his sons worked for onetime bidder IBM Corp., and the DOD granted the contract to Microsoft shortly shortly after that.

Indeed, Amazon went after the urgency argument even more strongly in filings this week, noting that JEDI has already been delayed by two other legal challenges and an internal probe. “DoD did not display the urgency it now chums after it closed that investigation,” AWS said in one of the filings. “Rather than awarding the contract to allow performance by July 2019, DoD initiated a ‘review’ of the JEDI procurement by Defense Secretay Mark Esper. Before Secretary Esper even commenced his review, he publicly confirmed there was no ‘hard timeline’ for its completion, and certainly did not indicate imminent urgency for national security.”

The DOD’s arguments in the documents unsealed on Wednesday also went beyond AWS’ request for a temporary restraining order. Officials took aim at a separate motion in which the Amazon subsidiary has requested that Trump and other senior officials testify about the contract.

“The relevant question in this protest is not whether the president dislikes Amazon, but rather whether the source selection officials — the government personnel who actually evaluated AWS’s and Microsoft’s proposals and decided which offeror would receive the JEDI contract — exhibited bias against AWS in this procurement,” the DOD wrote.

Moreover, the documents revealed at least one detail about JEDI that apparently wasn’t known until now: specifics on how much the Pentagon plans to spend on the project in the next two years. In a section spotted by Federal News Network, the declaration from the unnamed contracting official who cited the financial harm of the project disclosed that the DOD plans to spend $45 million this year and $165 million in fiscal 2021.