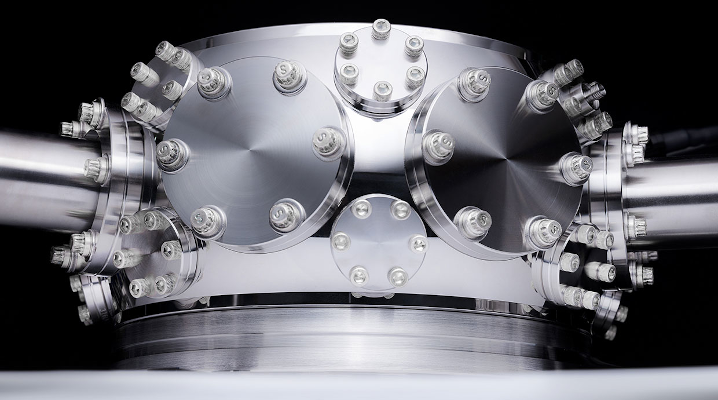 Honeywell is building the world’s most powerful quantum computer

More than 30 years after exiting the computer market, Honeywell International Inc. is getting back into the race with a new quantum computing system that it says will soon be the fastest in the world.

Honeywell is a supplier of industrial gear for sectors such as aerospace and once competed with IBM Corp. in the mainframe business. The company promises that its quantum computer, unveiled this morning, will double the performance of the most powerful quantum machine in existence today.

Quantum computers come in many different varieties and it’s therefore difficult to compare performance on an apples-to-apples basis. To address the issue, IBM has developed a metric dubbed quantum volume that attempts to provide a standardized way of measuring processing speed. Honeywell says its system will have a quantum volume of 64 in three months’ time, while the fastest quantum computer up and running today, a machine built by IBM, has a quantum volume of 32.

Honeywell based its system on a so-called trapped-ion design. In a trapped-ion quantum computer, the qubits are charged atomic particles suspended in a vacuum chamber and calculations are performed by manipulating those particles with lasers.

Honeywell uses ytterbium atoms for the qubits, which are suspended in an internally fabricated ion trap (pictured) about the size of a football.

“We designed and fabricated a 2D surface trap with segmented trap electrodes at Honeywell’s microfabrication production facility in Plymouth, MT,” members of Honeywell’s quantum computing team detailed in a research paper released today. “The trap was designed for operation in a cryogenic environment and fabricated using gold electrodes.”

According to the company, the trapped-ion approach makes the system’s qubits more durable than qubits in the systems developed by IBM and Google. That means they can perform calculations with less downtime, which improves overall processing speeds. The qubits also can interact in ways that allow quantum algorithms to run faster.

But perhaps most important of all, Honeywell says its trapped-ion design is highly scalable. The company has made the bold claim that it expects the quantum volume of its machines to improve by a factor of 10 annually for the next five years, which would translate into a 100,000-fold performance increase by 2025.

“I’m stunned at what the company announced, but when I look at what it takes to do trapped-ion quantum, it’s at the heart at what Honeywell has been good at for 50 years,” analyst Patrick Moorhead of Moor Insights & Strategy told SiliconANGLE. “For me, the company reset the quantum timeline from the end of the decade to mid-decade, maybe sooner. The annual order of magnitude increases on the roadmap will open everyone’s eyes, of course, if it can deliver. The company has a good track record of execution and what I have personally seen at Honeywell Quantum gives me confidence.”