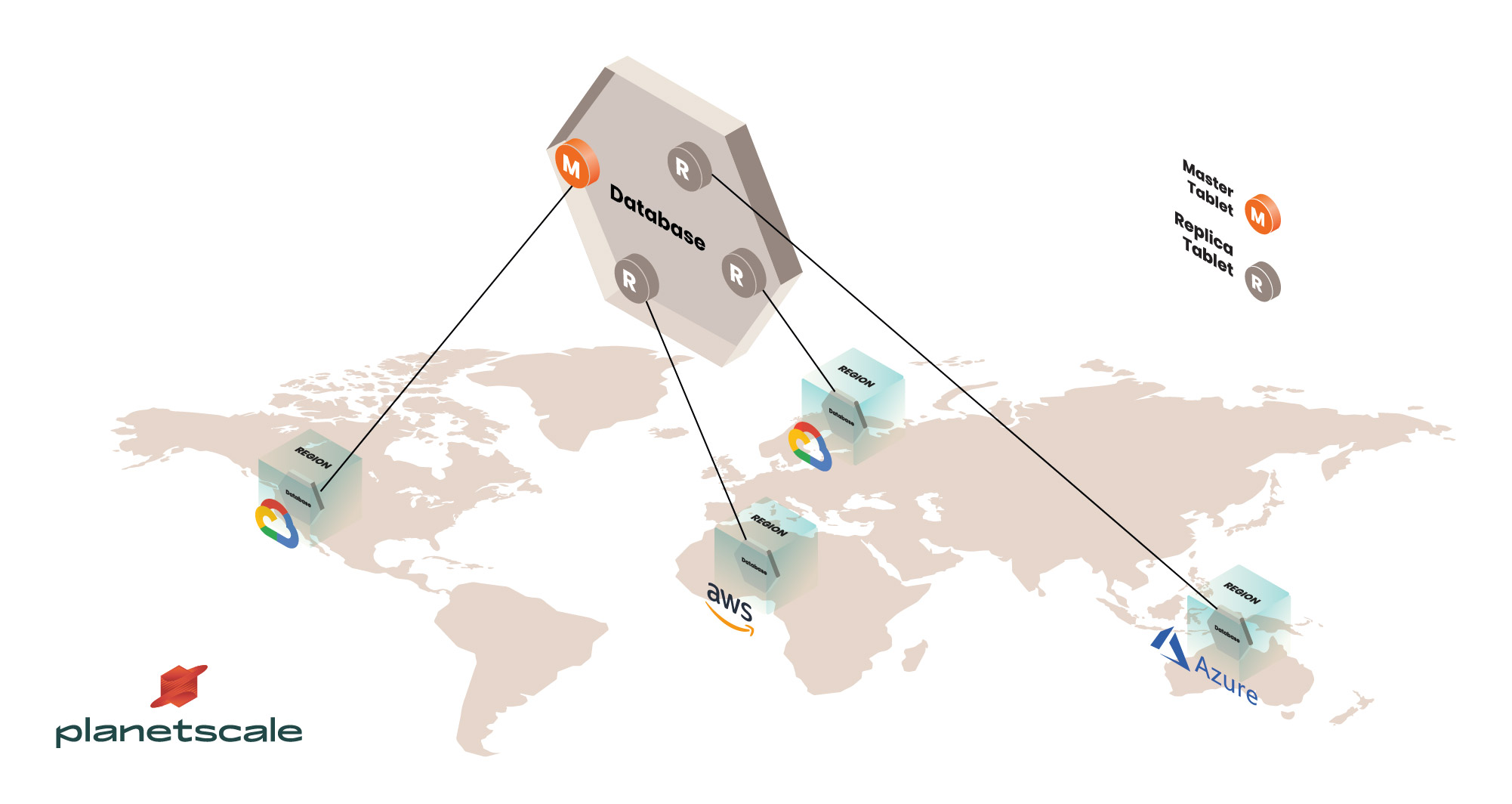 Database-as-a-service provider PlanetScale Inc. today launched a new version of its product based on the Kubernetes container orchestration software.

The database, called PlanetScaleDB, is unique in that it can run across multiple public cloud platforms, helping to insure against any loss of service if one cloud provider goes down.

“With the new release of PlanetScaleDB, we’re enabling businesses to liberate their data with a cross-cloud database, making it effortless to switch from one cloud to another and overcome the challenges and costs associated with cloud vendor lock-in,” said Jiten Vaidya, co-founder and chief executive officer at PlanetScale.

PlanetScaleDB owes its cloud-spanning capabilities to the open-source project Vitess, which is one of the primary technologies it’s built upon. Vitess is a database solution for deploying, scaling and managing large clusters of open-source database instances.

It currently supports MySQL, which is the other pillar of PlanetScale’s database. Vitess has reportedly become one of the most talked-about projects in the Cloud Native Computing Foundation for addressing Kubernetes’ storage problems, used by companies including Slack Technologies Inc. and Square Inc, as well as YouTube.

Vaidya told SiliconANGLE in an interview Vitess solves a big problem for databases running in containers that are managed with Kubernetes, where the longevity of the pods that host them cannot be taken for granted.

“The pod in which the master database is running can be descheduled at a moment’s notice, so there must be a way to failover to a replica and make that the master predictably, and without losing data or without creating a “split brain” scenario,” Vaidya said. “Once the new pod has the master, the application servers need to know its address, which makes having excellent service discovery crucial.”

Those are the attributes that Vitess brings to the table, Vaidya said. He said they were developed in order to run YouTube’s databases on Borg, the internal orchestration system at Google that served as the blueprint for Kubernetes.

“When we used Vitess to scale YouTube’s databases, we needed them to be distributed across 20 data centers across the world because its traffic is global,” Vaidya said. “The capability to distribute masters and replicas across multiple cells was built into Vitess. Because we built PlanetScaleDB on Kubernetes, we can treat regions in multiple cloud providers as homogenous cells and this allows us to distribute masters and replicas across them thus enabling a true multicloud database.”

The company says of the main use cases for PlanetScaleDB, besides spanning multiple clouds, is that it gives companies an easy way to migrate stateful applications, or those that save client data from one session to the next, to the Kubernetes platform.

The latest version of the database adds support for Microsoft Azure, in addition to Amazon Web Services and Google Cloud Platform. Also new is multiregion support, with four regions for each of those three cloud providers now available. This enables replicas of each database to run across multiple regions within a cloud provider, reducing the operational overhead of deploying and managing disaster-resilient database clusters, the company said.