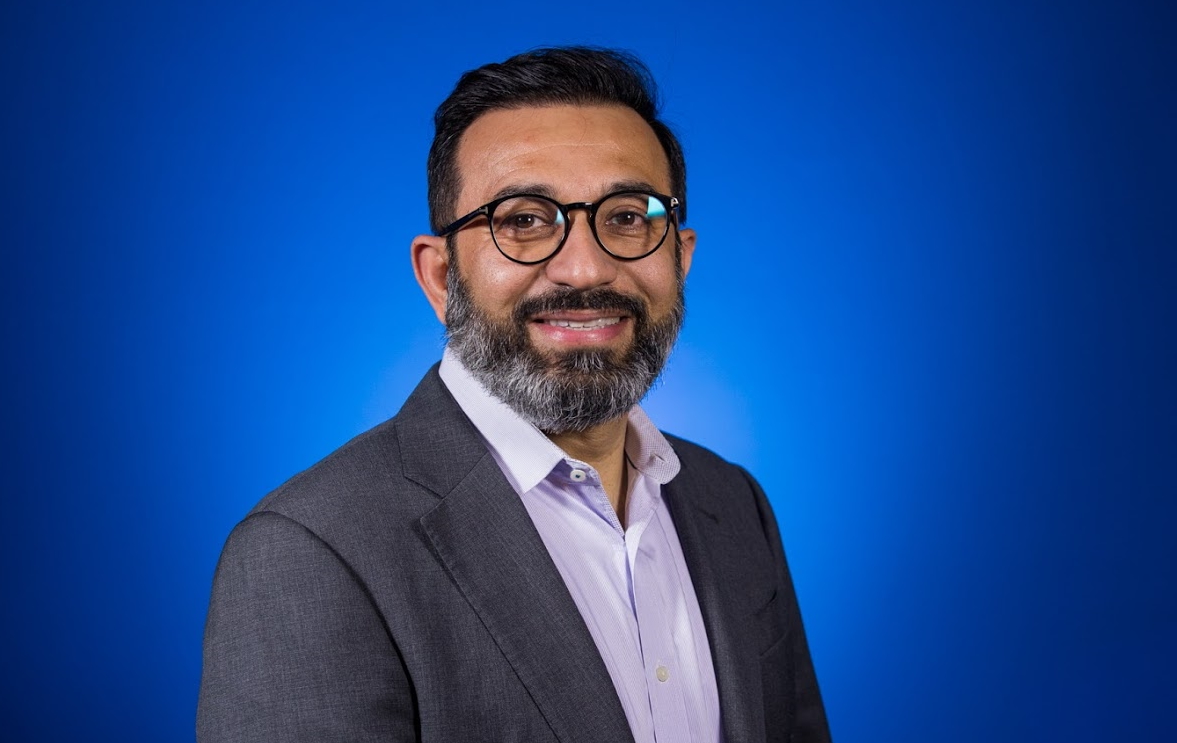 A soulful approach: Amit Walia leads Informatica with an eye on digital transformation

Data has gravity, it has value, it has meaning, and it has a soul.

This last attribute may be the most important for Amit Walia (pictured), chief executive officer of Informatica LLC. His company has carved out its own space in the data management software market and was recently named as a leader across five quadrants by Gartner Inc.

With its role in accelerating digital transformation for over 9,000 customers in the past 25 years, Informatica increasingly finds itself being asked by enterprises to help with a complex journey down the data-driven path.

“When something doesn’t have a soul, it does not have life. It cannot truly move to the next paradigm,” Walia said. “I believe that any transformation has to have a soul, and the digital world is all about data. Data itself is moving into a new paradigm.”

Walia spoke with John Furrier, host of theCUBE, SiliconANGLE Media’s livestreaming studio. They discussed the transition to a new era for data, modernization versus transformation, the value of metadata and concerns around information privacy during the global COVID-19 pandemic. (* Disclosure below.)

This week, theCUBE features Amit Walia as its Guest of the Week.

The new paradigm for data is about integration and having the right tools to make that happen. Insights from a recently published “Data Pipelines Market Study” showed that over 80% of enterprise leaders viewed data integration as “critical” to their operations, and 67% of businesses are relying on it to support analytics platforms today.

Last week, Informatica announced updates for its Intelligent Data Platform, which is driven by the company’s AI-powered CLAIRE engine. The news was accompanied by a description of what the company characterized as Data 4.0, the true “soul” of digital transformation.

In a previous interview, Walia described Data 1.0 as a time 30 years ago that saw the rise of application software, Data 2.0 as when data entered enterprise processes like supply chains, and Data 3.0 being represented by the onset of cloud platforms.

“We’re all walking into a world that is going to be digital,” Walia said. “This is the new world of Data 4.0, which is basically all about cloud nativity and intelligent automation. When you bring these elements together, that enables digital transformation to happen on the shoulders of Digital 4.0.”

COVID-19 has brought the need for digital transformation into sharp focus for many businesses. A survey of chief information officers found that the global pandemic is accelerating initiatives to prepare for a sizable segment of work to stay remote, establish a long-term framework for digital payments, and create a solid platform for online learning.

At the same time, some of the world’s largest companies have failed in ambitious digital transformation efforts. One reason may well be that too many bright minds have mistaken modernization for transformation, according to Walia.

Using data effectively to usher in a true era of digital transformation means understanding the data itself. That takes metadata, information that provides context and describes what is contained in vast datasets. Metadata goes right to the heart of data quality, which, according to an IDC survey, presents a significant challenge to 60% of organizations.

In early May, Informatica released expanded capabilities for its Cloud Data Quality solution that included features such as Intelligent Data Profiling and centralized reusable rules.

“Customers are building digital, scalable data platforms,” Walia explained. “These are modular, microservices-based platforms that reside on metadata. If data is the soul of the digital enterprise, metadata is the nervous system that makes it all work.”

The problem is that data by itself is complex enough. Data about data quickly overloads the “nervous system,” which is why artificial intelligence tools have become necessary for handling the complexities of metadata management.

The current urgency surrounding the coronavirus demonstrates the importance of using AI to process metadata. An online AI diagnosis system that analyzes clinical metadata for the coronavirus has been implemented by science organizations in China. Test results in domestic hospitals show that CT scans of a patient’s lungs can be uploaded in up to 15 seconds and an AI-powered diagnosis is rendered in up to 20 seconds.

“AI applied to that metadata allows it to be very flexible and make decisions very rapidly,” Walia said. “Anything you want to do has to write on top of an AI-led, metadata driven platform that can scale horizontally.”

The global pandemic has also raised questions around weighing the need for data privacy against the threat to human survival. This conflict has surfaced recently over the use of technology to implement digital contact tracing to slow the spread of COVID-19.

Apple Inc. and Google LLC recently released a notification API that was designed to notify users of potential exposure to those who may have contracted the virus, while preserving privacy via storage of location and identification data natively on the owner’s device. This has contrasted with other countries’ proposals that could forward this information to centralized government databases.

“If you look at the amount of data we’re going to collect, the whole concept of data ethics and data trust becomes very important,” said Walia during a discussion about contact tracing. “It’s very important for society, but the ethics, trust and privacy of what you and I are going to give to the government is going to become very important.”

Walia has occupied the top spot at Informatica for less than half a year after taking over in January. He has indicated an interest in doubling the company’s revenue, which was $1.3 billion in 2019, over the next two years. He has also expressed a willingness to pursue new partnerships with major firms, such as Microsoft, Amazon Web Services Inc. and Salesforce Inc.

Informatica took one step in that direction a few weeks ago when it announced the strengthening of its partnership with SAP SE. Not surprisingly, Walia was quoted in the announcement as saying that the integration between the two companies would fuel customers’ data-driven digital transformations. “Soul” was the only word missing.

“Any transformation is so fundamental to anything anybody does,” Walia said. “It’s qualitative and quantitative; it’s about a human body transforming itself.”

Here’s the complete video interview, one of many CUBE Conversations from SiliconANGLE and theCUBE. (* Disclosure: Informatica sponsored this segment of theCUBE. Neither Informatica nor other sponsors have editorial control over content on theCUBE or SiliconANGLE.)