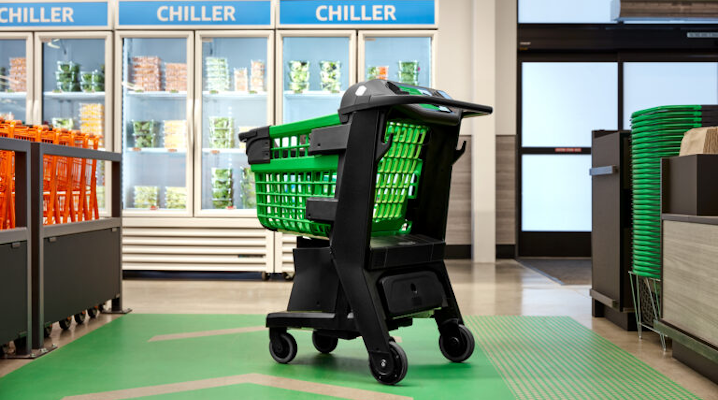 Amazon.com Inc. today pulled back the curtains on its latest retail technology project: a “smart shopping cart” called the Dash Cart that enables storegoers to buy groceries without waiting in a checkout line.

Amazon, best known for its e-commerce marketplace, also has a $4 billion-plus brick-and-mortar division. The company is experimenting with cashierless stores that enable customers to walk out with their items and be billed automatically. The Dash Cart is a new evolution of the concept that could help speed up Amazon’s retail expansion, as well advance its plans of becoming a store technology supplier to other retailers.

The Dash Cart (pictured) will first launch in Amazon’s Los Angeles grocery store. It uses a scale, cameras, sensors and computer vision to detect when an item is placed in the cart, as well as if it’s removed later on. When a user is done shopping, they pass through a Dash Cart Lane in the store where their purchase is billed to their Amazon account.

The Dash Cart has room for about two shopping bags’ worth of groceries and is aimed at smaller purchases. It will give Amazon a way to test whether the concept resonates with users before investing in a larger rollout. If the pilot in the Los Angeles store proves successful, it’s quite possible the company will deploy the technology to other locations. 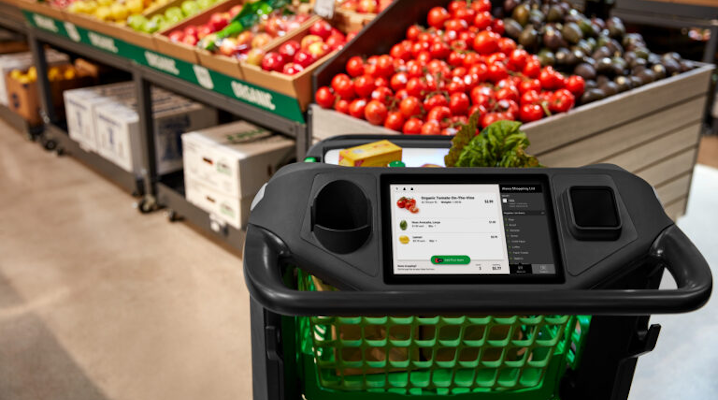 Amazon’s current network of cashierless stores rely on ceiling-mounted cameras and shelf-weight sensors to detect purchases. A set of smart shopping carts can, at least in theory, be a less costly way to provide cashierless checkout than retrofitting an entire retail location with sensors. The initial setup might be faster as well.

These potential efficiencies could help accelerate the expansion of Amazon’s cashierless store network. The less capital- and time-intensive it becomes for the company to open new cashierless locations, the more easily it can pursue its retail growth plans.

The Dash Cart may also advance Amazon’s reported plans of selling its Go checkout technology to other retailers. A smart shopping cart can be deployed alongside regular checking lanes and theoretically doesn’t require adding ceiling cameras or shelf scales, which could make the technology an easier sell to traditional retailers. Ease of deployment is especially important when a store operator is retrofitting an existing location, since complex renovations that require closing the store adds to the project’s cost.

The Dash Cart underscores the continued importance of the brick-and-mortar segment in Amazon’s growth plans. It’s also an example of how the company’s product portfolio depth enables its expansion strategy. The Dash Cart provides integration with the Alexa Shopping Lists feature and, on the back end, Amazon could offer the Dash Cart alongside Amazon Web Services cloud solutions to help retailers handle tasks such as customer analytics.

The Los Angeles store where the Dash Cart will first launch is set to open later this year.