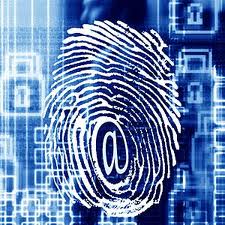 The acquired company, ShoCard Inc., has developed a service for so-called “self-sovereign identity,” which permits individual users to control personal details and share them selectively with businesses and government entities while maintaining fine levels of control over disclosure.

The eight-person startup was actually quietly acquired in March and has been working since to integrate its technology into the Ping Identity Suite, according to Armin Ebrahimi, founder of ShoCard and now head of distributed identity at Ping.

Ebrahimi said the announcement of the acquisition was delayed so that ShoCard’s technology could be integrated and strategically positioned within the Ping Identity product line. “There are a lot of mostly small companies out there doing this,” Ebrahimi said. “We didn’t want to be just another small company, so a lot of the last seven months has been about how we are going to bring the product to market.”

The ShoCard technology uses blockchain and public key encryption along with facial and document recognition to create a digital wallet that stores verified information such as documents, medical records, bank account information, driver’s licenses, school transcripts and proofs of employment. Encryption provides security and blockchain is the public, immutable ledger that allows third parties to validate that the original data or certification has not been changed or misrepresented.

The digital wallet will be available for download in the first half of 2021. Ping will also offer a software development kit for businesses and other institutions to use to integrate digital wallets.

Similar services have been hamstrung by the chicken-and-egg problem of not having enough user adoption to attract business interest while lack of business interest has held back user adoption. “We wanted to take advantage of the scale Ping has,” Ebrahimi said. Ping Identity reported nearly $243 million in 2019 revenue.

The two new cloud services address the need for businesses to balance security and convenience. PingOne MFA is a multifactor authentication cloud service that uses adaptive authentication policies so that organizations prompt customers only for the level of authentication that’s needed depending upon such factors as the user’s risk profile and the sensitivity of the information being accessed.

Use of MFA is considered to be table stakes in the battle against cybercrime and as part of the increasingly popular practice of zero trust security. But many businesses shy away from using it out of concern that customers will be inconvenienced by the need to present a second form of identity proof.

PingOne MFA lets organizations offer a choice authentication methods including short message service, email and push notifications to a mobile device. The function can be embedded into web and mobile applications and third-party developers can offer additional authentication options on top of the platform.

PingOne Risk Management uses machine learning to evaluate risk signals and detect threats in real time. It encompasses four types of risk: login behavior histories, anonymous network detection, IP blacklists and impossible travel. That last looks for logins to the same account from different locations at time intervals that would preclude the possibility of the user being the same person.

Other risk-management variables will be added over time by Ping Identity and its partners, said Chief Product Officer Candace Worley. “We have our own data lakes and back-end integration but also rich integration with partners to use data from them to influence that risk score,” she said.

Pricing was not disclosed.