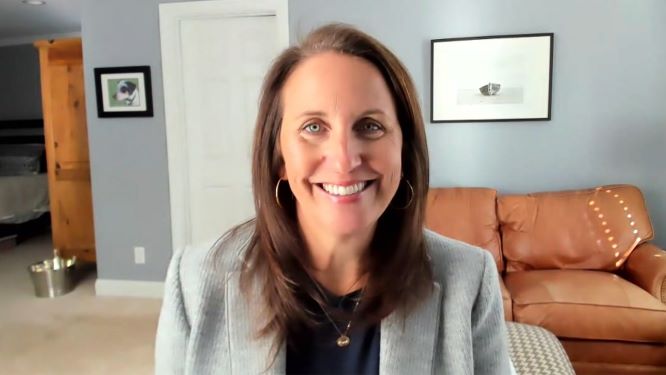 The highly regulated financial industry has been notoriously cautious about moving to the cloud. To benefit from the flexibility and economy of cloud computing but also to be able to address complex security and compliance challenges, institutions have largely opted for a hybrid cloud strategy.

But this is not the case for Capital One Services LLC. After an eight-year process and a stumble on the way, due to a data breach that revealed information from 106 million customers, the bank recently closed its last data centers to focus its applications primarily on the Amazon Web Services public cloud.

“Our shift to cloud … was all about our ability to provide our customers with experiences that are real-time and intelligent that you just can’t do if you are running on outdated technology in a data center,” said Melanie Frank (pictured), managing vice president of technology at Capital One.

Frank spoke with Keith Townsend, guest host of theCUBE, SiliconANGLE Media’s livestreaming studio, during AWS re:Invent. They discussed the challenges of moving to the cloud, the benefits of this process, and advice for companies thinking about following this path. (* Disclosure below.)

The move to the cloud was a massive technology transformation that modernized the way the bank works, as well as the tech infrastructure itself, according to Frank. During the process, Capital One had to change its developer skill sets and hire product managers, data scientists and designers, for example. It also had to provide intensive training for its engineers.

“We’re now sitting at an 11,000-person tech organization with 85% of that being engineers,” Frank said.

In addition to closing eight data centers, the organization had to rebuild thousands of applications to take full advantage of the cloud technology and capabilities. A small part was containerized, and the bank will handle that later.

“It was like moving from one house to another and you’re kind of cleaning out your attic,” Frank explained. “At some point, you say: ‘Well, this I’m going to put it in this box, and I will deal with it kind of at the new house.’”

One of the main benefits of being on the cloud is the possibility of scale up and scale down when necessary, which is much more cost effective for the business, according to Frank. This proved to be important during the pandemic, when it was difficult to predict how the customer’s behavior would change.

“For example, are they going to change the frequency with which they’re logging in online or paying? Cloud gave us the flexibility to scale rapidly in case the projections that we were making were wrong,” Frank concluded.

Watch the complete video interview below, and be sure to check out more of SiliconANGLE’s and theCUBE’s coverage of AWS re:Invent. (* Disclosure: Capital One Services LLC sponsored this segment of theCUBE. Neither Capital One nor other sponsors have editorial control over content on theCUBE or SiliconANGLE.)